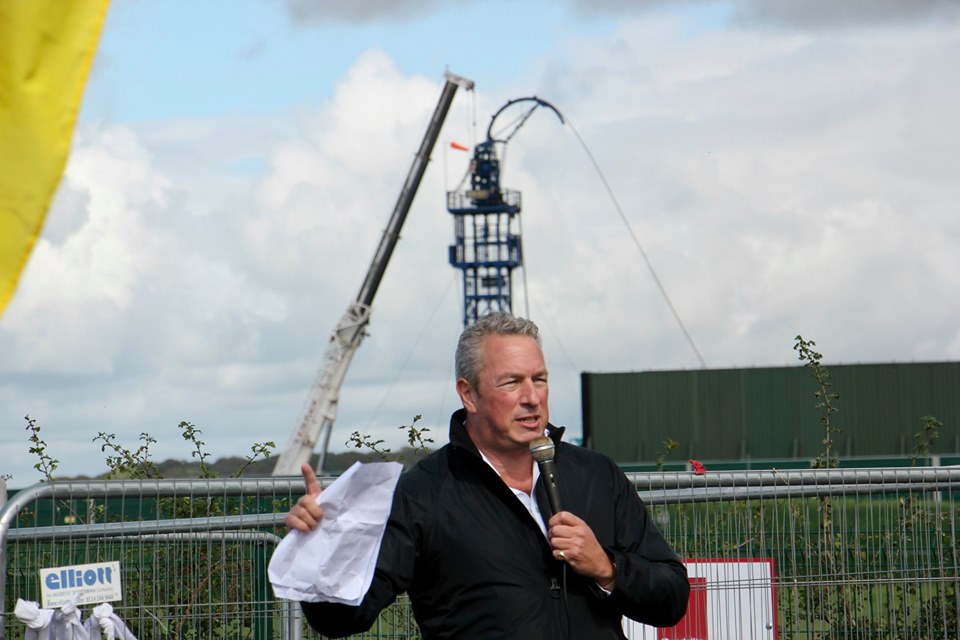 Mark Mills, who lives on Preston New Road, said the seismic event – the largest ever in the UK induced by fracking – caused cracks to his home.

He was speaking after the government announced a moratorium on fracking in England because of the risk of seismic activity.

Lawyers have advised him he could front a class action to “take the pressure off” people, some elderly or disabled, who said their homes had also been damaged by Cuadrilla’s operations.

Mr Mills described the quake, which measured 2.9ML, as like a lorry hitting the side of his home.

He said he had been contacted by many people who had been put off from making a claim because they thought they wouldn’t be believed.

“People are punch-drunk from being ignored and just feel that it’s a fait accompli that we’re going to be trodden over and therefore it’s not worth pursuing a claim anyway because it’s just a whole waste of time.

“That’s a terrible situation for people, given all the promises and rhetoric [from Cuadrilla] around being a good neighbour.

“I am happy to front the case and for people to fall in behind to do one big action for as many people as have got damage and who want to be adequately recompensed.”

Cuadrilla told journalists last month that it was making payments of “a few hundred pounds” to some people who reported damage. The company has not admitted liability but said “we do want to retain goodwill so will make some payments”. It also accused some people of making “obviously egregious” claims.

Mr Mills described the payments as “derisory” and “added insult to the injury of the earthquake”.

“We’re not going to be paid off with a derisory sum. We want proper recompense for the damage that’s been caused.

“This case sends a message to the industry: ‘if you think you’re going to pursue this and ride roughshod over the residents we’re going to stand up and we’re going to fight for what’s right in the event that you do something that goes wrong’.”

He said 30-40 people had told him their homes had been damaged, not all of whom would necessarily join the case. He hoped more people would come forward.

“We’re putting a marker down to the industry saying you can’t do this without causing damage so don’t bother because you’re going to create a whole heap of problems.”

He said lawyers were currently looking at whether residents could pursue Cuadrilla’s shareholders, directors or holding companies.

“This sends a signal that if we have to suffer then Cuadrilla can suffer too the wrath of residents who have been affected by its actions.”

Cuadrilla’s chief executive, Francis Egan, was unaware of the legal action. He said:

“We would vigorously defend any action should one eventuate and there is no evidence that the 2.9 magnitude event caused any serious damage to any property.”

A spokesperson for Cuadrilla said monitoring of the 2.9ML event registered an average ground motion of 5mm per second with one spike of 8mm per second lasting for a few seconds only. The British Standard for construction and other similar industries permits up to 15mm per second.