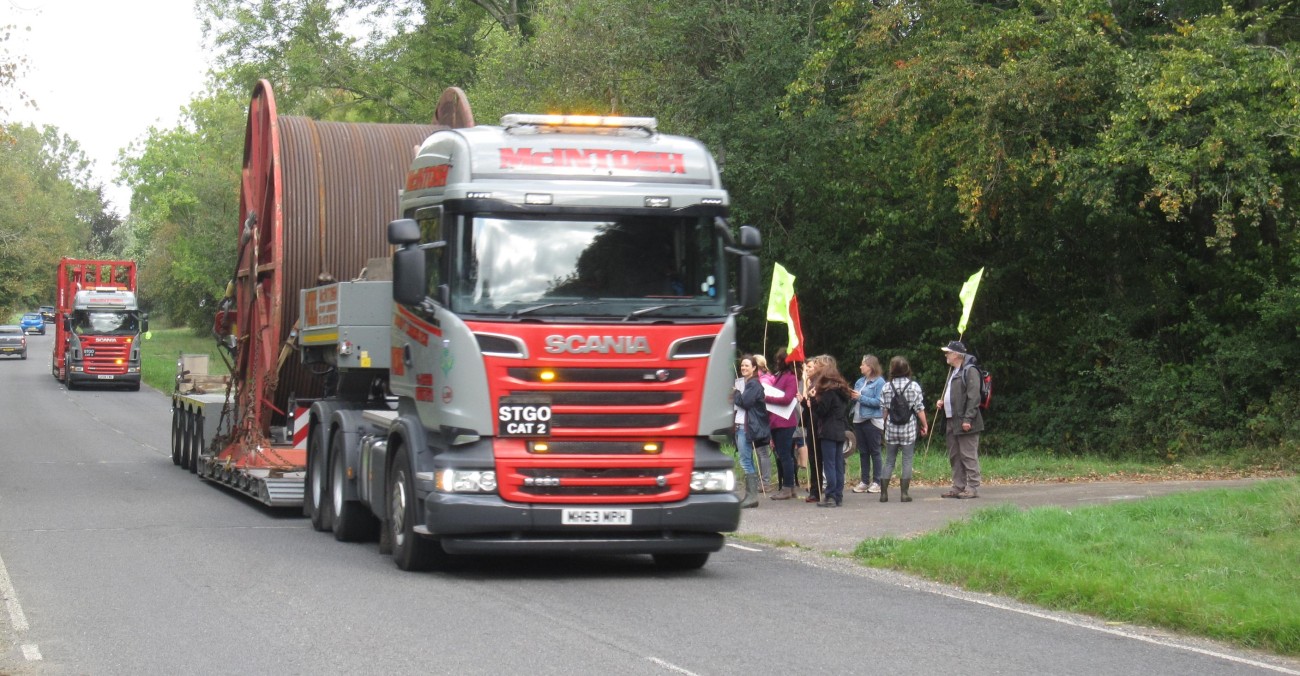 The Environment Agency has objected to Angus Energy’s plans to test the flow of oil in its well at Balcombe in West Sussex.

The regulator was responding to a consultation on the company’s planning application, which closed yesterday.

The Environment Agency (EA) said it was objecting because the application to West Sussex County Council did not contain enough information to assess the risk to groundwater.

Angus Energy is seeking permission to carry out a three-year extended well test on the well drilled by Cuadrilla in 2013. The company said in a statement it did not expect the objection would delay the application.

A document which accompanied the planning application concluded that the risk to groundwater would be negligible. It said:

“the residual pollution risk from the well test programme on groundwater and local watercourses is considered very low.”

But the EA said in its response:

“This statement alone is not sufficient and we would require a fully justified assessment of the risks.”

The EA said there were secondary aquifers associated with the site.

The EA said the new application was for a longer and bigger operation than previous proposals. A new or updated HRA was needed:

“Until a HRA, which reflects all aspects of the current application is provided, we are not able to verify that the proposal is acceptable from a groundwater protection standpoint.”

Angus Energy issued a statement on 15 November 2019 in which it said:

“We are pleased to be given the opportunity to provide additional comfort to residents, WSCC [West Sussex County Council] and the EA and aim to submit this revised HRA to WSCC before the end of November.

“Full environmental permitting is a precondition to Angus proceeding with any work at Balcombe and we are scheduled to submit our variation of permit application, which also details more specific measures on site drainage and emissions management, to the EA over the forthcoming weeks and, as in previous instances, concurrently with the planning application.”

The EA said Angus Energy had not given any details of a flare to be used during the test. The company may need to apply to vary or add to its environmental permits to do the tests, the EA said.

The regulator was also concerned that Angus Energy had not provided details of a proposed permanent drainage liner that could be installed during the extended well test. The liner would need to be robust enough for three years of heavy vehicle movements, the EA said.

Responses to the planning application can be seen online here.

At the time of writing, the application had received 472 online objection and 32 comments in support.

Updated on 18 November 2019 with statement from Angus Energy