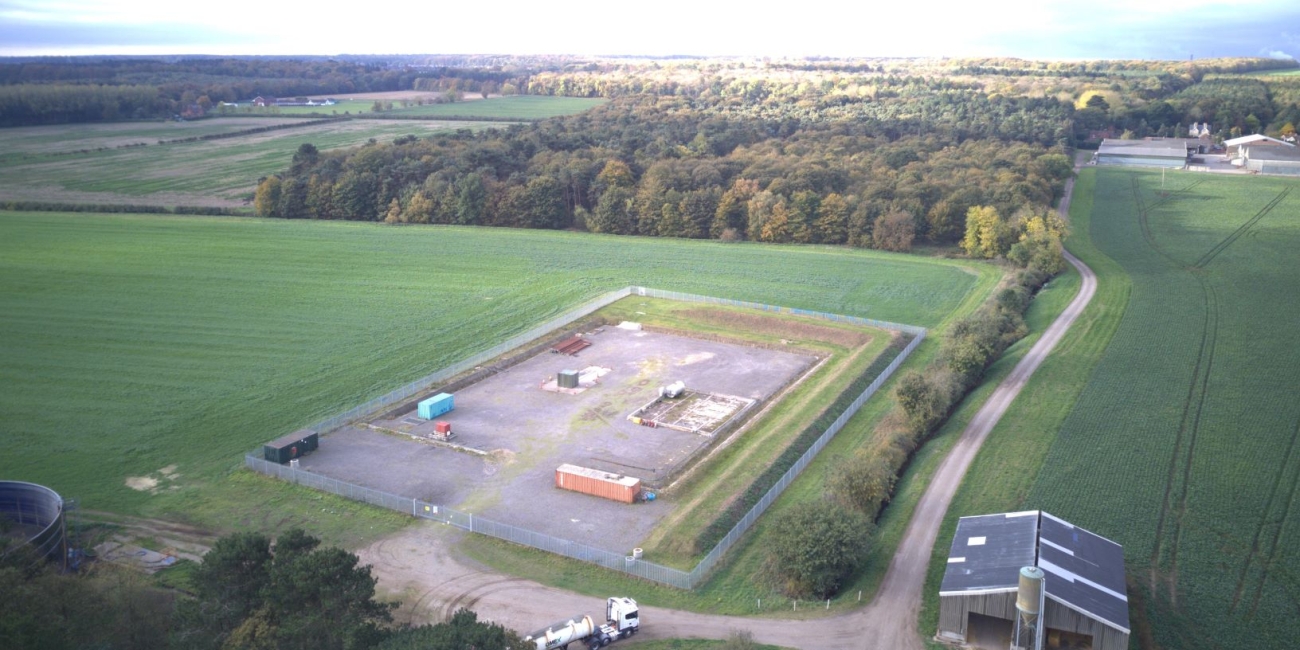 Wressle well site in North Lincolnshire, subject of a public inquiry in November 2019. Photo: Used with the owner’s consent

Without it, the company said it risked failing to meet commitments unless it issued shares or sold assets.

The accounts for the year to July 2019 assumed planning permission would be granted for long-term production at Wressle following a public inquiry in November 2019. They also assumed the well would produce this year at expected levels.

The inquiry’s outcome has not yet been announced but it is expected imminently. North Lincolnshire Council withdrew its case before the hearing and the only opposition was from local people.

Europa has a 30% stake in the Wressle licence, PEDL180, and estimated that production from the well would more than double its production revenues.

But evidence from the inquiry revealed that several operations were needed before production could begin. The site operator, Egdon Resources, said there would be upgrades to the site, including a new wellsite platform, oil storage bund, new access and tanker loading areas, site liner and additional security.

The natural flow of oil from the reservoir had also been impaired. This would need to be resolved by either acidisation, proppant squeeze or drilling a sidetrack well, the inquiry was told.

The accounts said the “critical assumption” for the going concern of the company was that the inquiry had “a positive outcome and production commences at the forecasted rate in 2020”.

“In the absence of incremental production from Wressle in 2020 then additional funding by the issuance of shares or sale of assets would be required.

“If additional funding was not available there is a risk that commitment could not be fulfilled, and assets would be relinquished.”

“If additional funding cannot be obtained there is a risk that the Group cannot continue to provide financial support to the company”.

Europa revealed that its three production oil fields in the East Midlands had yielded an average 91 barrels of oil equivalent per day.

It also reported it was the first UK onshore company to use a drain hole jetting technique to increase production at its West Firsby WF6 well. As a result of the operation, Europa said its net production rose from zero to 7 barrels of oil per day, amounting to 8% of the company’s UK production.