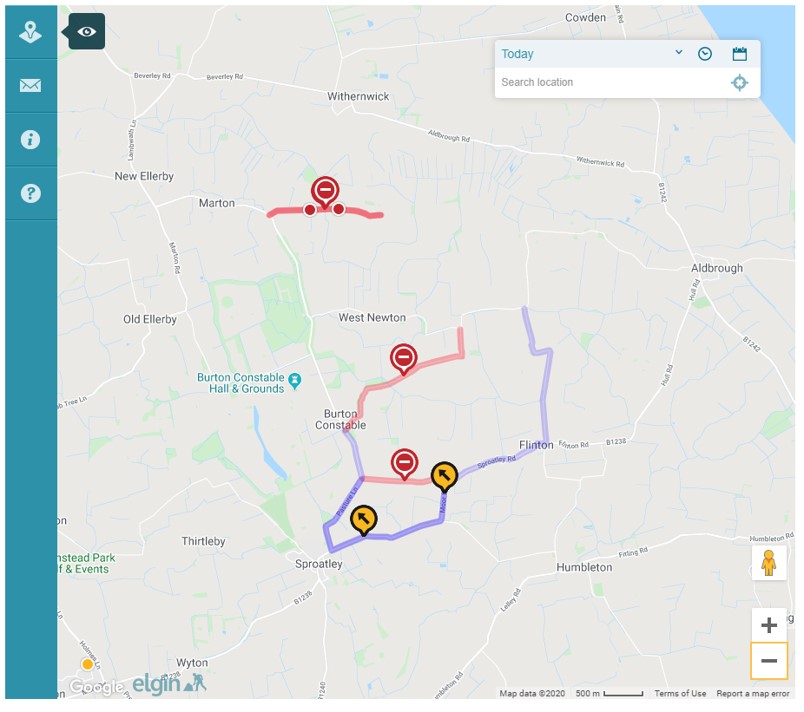 Three roads in East Yorkshire could be closed for up to 18 months during work at an oil and gas site.

The closures, ordered by East Riding of Yorkshire Council, began on 6 January 2020 and could run until 6 July 2021.

A council spokesperson confirmed the road closures were for work at Rathlin Energy’s West Newton B site, near Burton Constable.

The closures affect all through traffic using Pasture Lane, Flinton, and Engine Lane and Crook Lane. Residents, businesses and the emergency services will be able to use the roads.

This is the second set of roads to be closed by the council for work on a Rathlin oil and gas site.

DrillOrDrop reported in June 2019 that the council had closed two roads to the company’s West Newton A site at High Fosham.

Those closures were originally for three months but was later extended for up to 18 months.

“On 6 January the council put in place traffic orders temporarily prohibiting through traffic along Pasture Lane, Flinton, and Engine Lane and Crook Lane in Burton Constable.

“The orders cover all vehicles and are in place for a period of 18 months, however access will be maintained for local residents, local businesses and for the emergency services at all times.

“The road closures relate to work being carried out at the West Newton B site by Rathlin Energy (UK) Ltd.

“The orders, which have been supported by Humberside Police, have been put in place for the purpose of public safety while works are being carried out near the roads and because of the likelihood of danger to the public, or serious damage to the roads, not attributable to the work.” 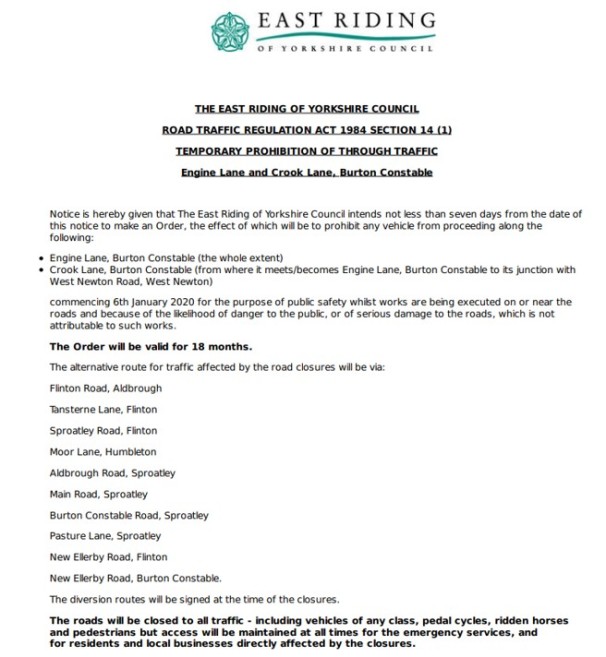 But no work, apart from archaeological trenches, has been carried out at the site.

Under the terms of the planning permission, the development must begin by June 2020.

Union Jack Oil plc, a partner in the site, announced in November 2019 that it had raised £5m for the two West Newton B wells.

Also in November, Rathlin Energy confirmed that it could not begin work at the site until there had been an archaeological survey. A geophysical survey of the site in 2015 revealed potential archaeological features that could represent evidence of a medieval or earlier settlement.

The company said it planned to drill to about 2,100m to target the Kirkham Abbey and Cadeby reservoirs. Site construction was expected to take 12 weeks, it said.