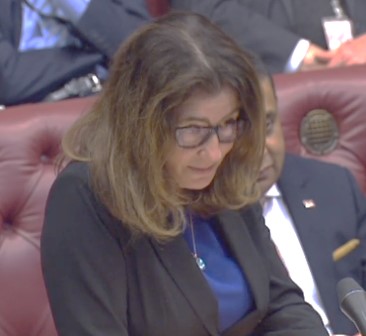 A Home Office minister admitted five times today that counter terrorism police should not have labelled the climate campaign group, Extinction Rebellion, as an extremist ideology.

Baroness Williams of Trafford told peers that Counter Terrorism Policing South East had made a mistake and an error of judgment. The unit had accepted that it was wrong, she said.

In the House of Commons, the Labour leadership contender, Rebecca Long-Bailey, said the listing was an “absolute disgrace”. She said:

“It’s absolutely absurd that our school strikers, that our climate activists who are trying to fight to be heard here in Westminster are being listed alongside terrorist organisations when they’re simply trying to save the planet and deliver a world for their children and grandchildren.”

Earlier this month, the Guardian reported that Extinction Rebellion had been listed alongside neo-Nazi and a pro-terrorist Islamic group in a guide about extremist ideologies that should be reported to the authorities. 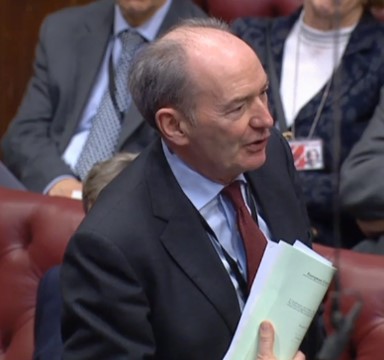 In the House of Lords, the Labour peer, Lord Berkeley, asked Baroness Williams what assessment the police had made in including the activist group on the list. He said:

“How can anyone, even if they make a mistake, consider a peaceful demonstration by thousands of people, mostly children—including some of my family—worried about the future of the planet as extremist ideology?”

“My Lords, CT Policing South East is quoted categorically as saying that it does not classify Extinction Rebellion as an extremist organisation, and its inclusion in the document was an error of judgment.”

Lord Berkeley said climate change deniers and oil companies should be added to a final list of extremists. 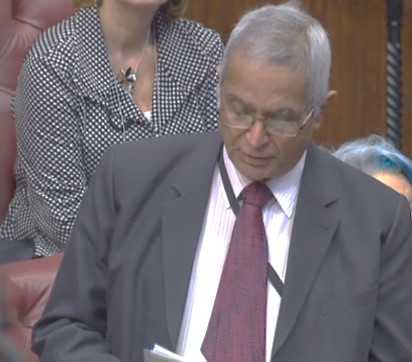 The Liberal Democrat, Lord Dholakia, urged the minister to publish the criteria used when considering labelling a group. He said the counter-terrorism Prevent programme had already been criticised by the Muslim community. “This incident has not helped”, he said.

“We do not discuss how the Home Secretary comes to decisions on proscription, but she does so on the vigorous legal advice provided to her at the time.”

Labour’s Lord Rosser asked at what level the document had been cleared:

“surely it is wrong that a document of that kind—containing the guidance it did about a campaign, not about a terrorist organisation—does not require clearance at a senior level, at least in the police, to ensure both appropriateness and consistency of approach across the country?”

Lord Cormack said Extinction Rebellion protesters had also made an error of judgement when they “glued themselves to trains” and prevented people going about their normal business. 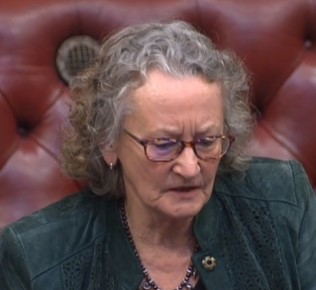 Baroness Williams said the protests prevented some people from seeing sick relatives in hospital, some of whom died before they could be visited. Everyday lives were disrupted and, in some cases, made more expensive, she said.

Baroness Jones of Moulescoomb suggested that young people who have taken part in protests may have less trust in the police than ever as a result of the document.

The former Labour Home Secretary, now Lord Blunkett, said there should be a distinction between people promoting a just cause and measures taken by a very few that led to what he called anarcho-syndicalism.

The law should be used to deal with the latter, he said.