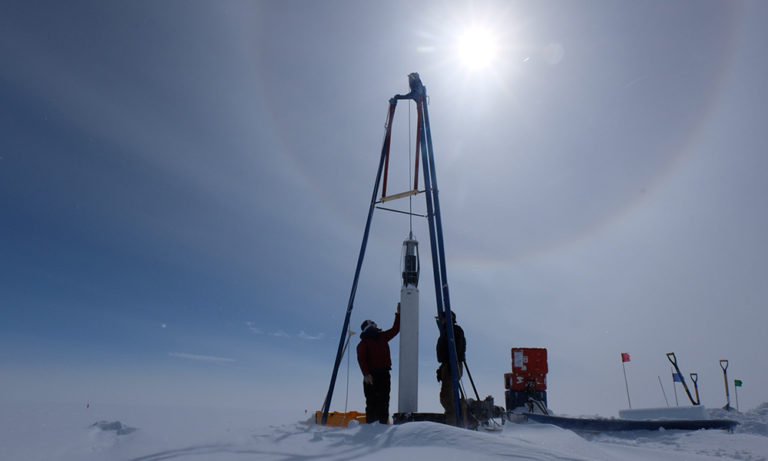 The findings suggests that reducing the use of gas, oil and coal is a key to curbing climate change.

The amount of methane, a powerful greenhouse gas, has risen in the atmosphere by more than 150 per cent in the past three centuries.

But it’s been difficult to show whether this increase was from biological (farming, livestock or landfill sites) or fossil sources, sequestered for millions of years in ancient hydrocarbon deposits.

It’s also been uncertain how much of the fossil methane has been released naturally in geologic seeps and how much as a result of humans extracting and using fossil fuels.

Researchers at the University of Rochester in the US examined levels of methane from about 300 years ago by analysing air that had been trapped since then in Greenland glaciers.

Their findings, published in Nature today, suggest that the share of naturally-released fossil methane had previously been overestimated by “an order of magnitude”.

This means that emissions from fossil fuel extraction and burning had been under-estimated by 25-40%, they said.

“If we think of the total methane in the atmosphere as slices of a pie—one slice is from ruminants, this other is from wetlands. The slice we used to think was from geologic methane was too big.

“So what we’re saying is that the fossil fuel pie slice is larger than what we thought, and we can have a bigger influence on the size of the slice, because it’s something we can control.

“Placing stricter methane emission regulations on the fossil fuel industry will have the potential to reduce future global warming to a larger extent than previously thought.”

Methane has a greenhouse effect about 80 times more powerful than carbon dioxide over a 20 year period. But methane lasts in the atmosphere for a relatively short time, on average only nine years, compared with carbon dioxide, which can persist for a century.

“Methane is important to study because if we make changes to our current methane emissions, it’s going to reflect more quickly.”

He added that the research had positive implications:

“Most of the methane emissions are anthropogenic, so we have more control. If we can reduce our emissions, it’s going to have more of an impact.”