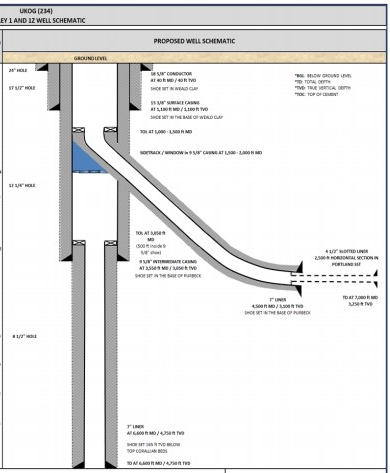 UK Oil & Gas has reported that it has been granted an environmental permit to explore for gas near the village of Dunsfold in Surrey.

The permit allows the company to drill and test vertical and sidetrack wells at the proposed Loxley well site.

UKOG is seeking permissions to explore the Portland gas accumulation in PEDL234, which covers Surrey and West Sussex.

The Environment Agency, which issues permits, has not announced the decision.

“The grant of this key permit demonstrates that UKOG’s proposed scheme of works and practices meets the EA’s stringent environmental safeguarding standards.”

16 responses to the Environment Agency public consultation on the permit gave permission for their views to be published.

Six responses said the permit should be granted, most arguing that the UK needs hydrocarbons.

10 responses opposed the permit, because of environmental risks, or the consultation arrangements.