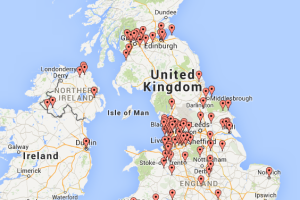 Where are the UK’s anti-fracking groups?

205 anti-fracking groups called for a ban on fracking in a letter delivered to 10 Downing Street this afternoon. Details Our map shows that most of these groups are based where there are Petroleum Exploration and Development Licenses and where oil and gas drilling is proposed or underway. […]