A majority oil and gas reserves must remain in the ground to avoid the climate crisis, analysis published today concludes. 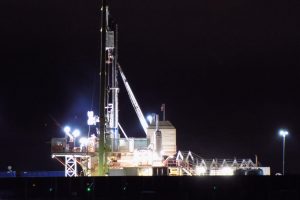 A new study, led by scientists from NASA, has shown that rising emissions from the oil and gas industry are mainly responsible for the increase in methane in the atmosphere. After remaining fairly stable around the year 2000, atmospheric methane levels began rising in 2006. This rise could […]

A study of decommissioned onshore oil and gas wells in the UK found that 30% were leaking methane. But the average leak produced lower emissions than a breeding dairy cow.

13th May 2014 Shale gas can’t be a significant part of UK energy if we want to avoid damaging climate change, a researcher in carbon emissions told an industry conference this afternoon.