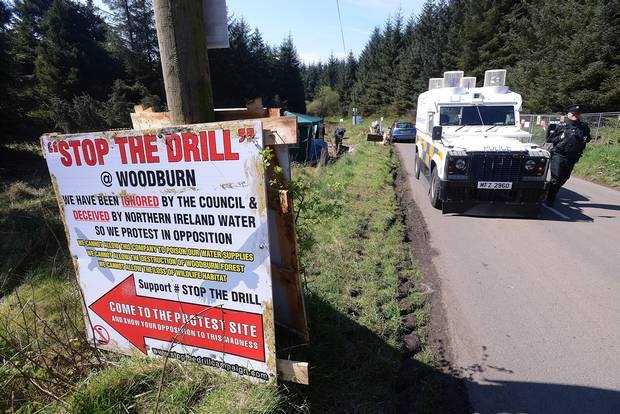 The Northern Ireland Assembly is debating a motion by Sinn Fein politicians, Oliver McMullan and Gerry Kelly, on InfraStrata’s drilling plans at Woodburn Forest in County Antrim. The drilling has been allowed under permitted development rights, without the need for planning permission, consultation or an environmental impact assessment. Check for live updates throughout the evening.

That this Assembly notes with concern the application by InfraStrata to drill at Woodburn Forest, County Antrim; recognises the concerns of residents in County Antrim over drilling proposals at the forest; and calls on the Executive to ensure that such applications are not approved until assurances are secured against any negative potential impacts on water supply, the environment, tourism and local communities.

The Northern Ireland Assembly approves the motion without a vote. 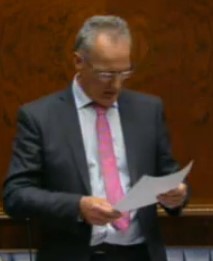 “I am very confident we will deal with this matter. I commend the motion to the house.”

All oil and gas exploration to need full planning permission 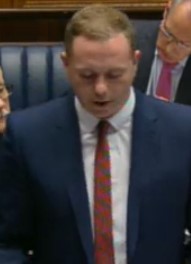 Chris Hazard, Minister for Infrastructure, says he will work to improve the planning system to ensure it is effective and efficient and operates in the wider public interest.

“The planning system should, where possible, facilitate development, but it must not compromise on environmental standards.”

Transparency, fairness and accountable decision-making are fundamental to the process, he says.

He says her wants to facilitate sustainable minerals development but it must be balanced with environmental protection and compliance with all environmental regulations.

“As a result, I have decided to propose a change to the current legislation, policy and procedures in relation to mineral exploration.”

“I propose to remove permitted development rights for oil and gas exploration. In the future, under my proposals, exploration for oil and gas will require the submission of a planning application and will be subject to the full rigours of the planning process, including environmental impact assessments (EIA) and public consultation. I intend to consult on the legislative change shortly.”

At Woodburn Forest, regulatory control is in place to protect water quality, he says. Increased monitoring had been put in place at reservoirs around the site.

But he acknowledges ongoing work has generated significant public concern.

“I am advised that this time Monday 6 June 2016 90 restriction will expire in a few weeks, in early July.”.

“Given the short remaining time frame for the Woodburn development to operate within the permitted development framework and the fact that jurisdiction for this matter is the responsibility of Mid and East Antrim Borough Council, there are very limited opportunities for me to act in this case.”

But he says it has highlighted the need for change. 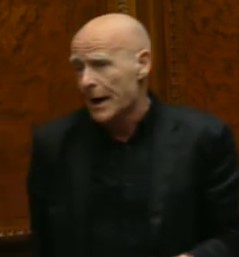 Rapacious capitalism was spoiling our countryside, he says.

It is part of a pattern. Commercial interests have trumped the interests of environment. 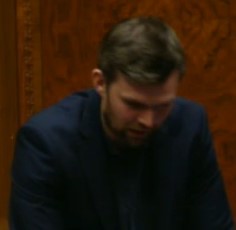 Gerry Carroll (People before profit Alliance) says it is “madness” and a “disgrace” to allow drilling 300m from a drinking water reservoir.

“It is simply unheard of to allow oil drilling in the catchment area of a reservoir”.

“Will the executive intervene to stop this drilling”

“No consent or scrutiny” 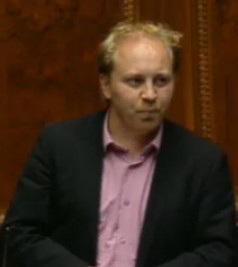 “One of the most dangerous and invasive processes has been allowed to take place without public consent or scrutiny.”

“The DoE was asleep at the wheel”

It shouldn’t take Friends of the Earth to point out the need for a full application to the Department of the Environment, he says.

“Permitted development rights was not appropriate for the site. We should not be drilling without full scrutiny and independent assurance that it is safe.”

We need to get rid of permitted development rights for minerals developments, he says.

He says nearly 65,000 people had signed a petition objecting to InfraStrata’s work.

“We need the executive to hear the people. We need to stop the drill.” 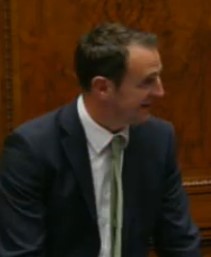 Mark Durkan (SDLP) the former environment minister, supports the motion. He questions the assurances given over the risks of InfraStrata’s drilling at Woodburn Forest.

He says the scheme is permitted development.

“People were shocked that something of this scale was not subject to the full scrutiny of an application.”

Before leaving office, he says, he began a review to prevent this happening again.

He says he has been inundated with tweets opposing the work, including from the actor, Mark Ruffalo.

He says permitted development rights can be withdrawn. This rests with Mid and East Antrim Council, and he has written to the council expressing concerns about the chemicals that InfraStrata proposes to use at the site. 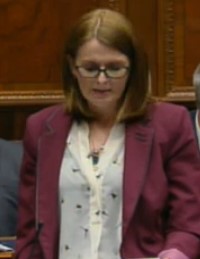 She questioned claims of economic benefit and vague promises of cheaper domestic oil.

We must reduce our use of fossil fuels and greenhouse gas emissions, she says.

I don’t see any other way but to move to a low carbon path.

We should promote renewable energy technology.

This is incompatible with issuing of oil and gas licences. 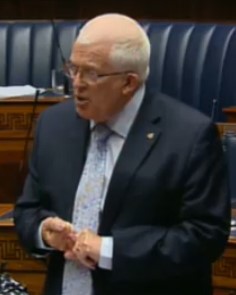 Stewart Dickson, Alliance member for East Antrim, says he has met members of the Stop the Drill group. He had been impressed by the group and encouraged to support the motion.

“We have a genuine opportunity to stop this right now”, he tells the assembly.

“We have a government lock on this decision. I would encourage members of this assembly to do what is right and stop the potential pollution of water supply in the Belfast area”.

He calls for a strong independent environmental protection agency, rather than what he calls “the mouse” of the organisation we have now.

“Should oil be found, will the government give an assurance that the place for that oil is in the ground” 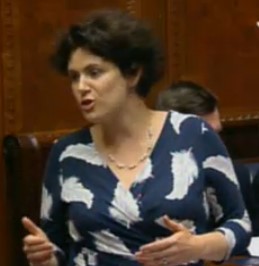 Claire Hanna, of the SDLP, says her party will support the motion. She says not enough is known about the process of drilling at Woodburn Forest.

She says there have already been problems, there had been no baseline studies and there were concerns about the financial health of the company carrying out the work.

She says the reforms to the planning system were designed to give people living near developments a greater say.

She said there had been a number of opportunities to bring in the development, including forestry, trade and industry and the environment departments.

There are parallels to fracking in this application and she welcomes the presumption against fracking in Northern Ireland.

If she had evidence that the drilling was safe she would consider, she says. As much effort should be put into renewables. Onshore wind is cleaner and safer, she says.

“Why take the risk?” 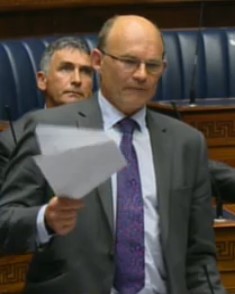 “What if something goes wrong”.

He says I could not believe nowhere in Northern Ireland would be less appropriate for fracking. He said no fracking had been written into the lease.

But he said members couldn’t assume experts would always be right. He says he will support the motion. 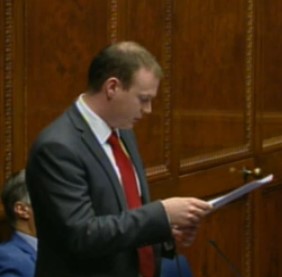 DUP member, Gordon Lyons, tells the assembly that he won’t support the motion.

This is conventional exploratory drilling, he says. No oil will be extracted. Chemicals used in the drilling were used in water extraction boreholes.

Those who invest in Northern Ireland must be allowed to operate in the framework set for them.

Mr McMullan calls on the Northern Ireland government to repeal laws that allow exploration to be allowed without a full planning application.

“This is the only way that we can ensure that we have control of our own planning service.”

“What was everyone thinking of?”

“He must have been asleap at the wheel”

Why did his department not take the lead.

He failed to respond to the 28 deadline which meant the permitted development rights were allowed by default.

No one was telling the public anything at all, he says. “This was something I was shocked to learn”.

The Department of Environment told him it had taken advice from the drilling company and not its own report. He asks:

“Did the rest of the agencies do the same?”

“These questions need to be asked” 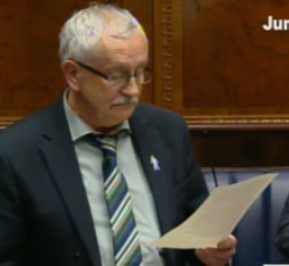 Mr McMullan tells the assembly it is hard to believe that permission was granted without an environmental impact assessment.

Our licensing policy does not apply environmental impact assessments before exploration licences are granted. And companies need not make a full application for exploratory drilling.

At Woodburn when InfraStrata submitted their plans in 2013 the opportunity for a full environmental impact assessment was “gravely missed”, he said.

Updated quotes on 7/5/2016 with reference to Hansard