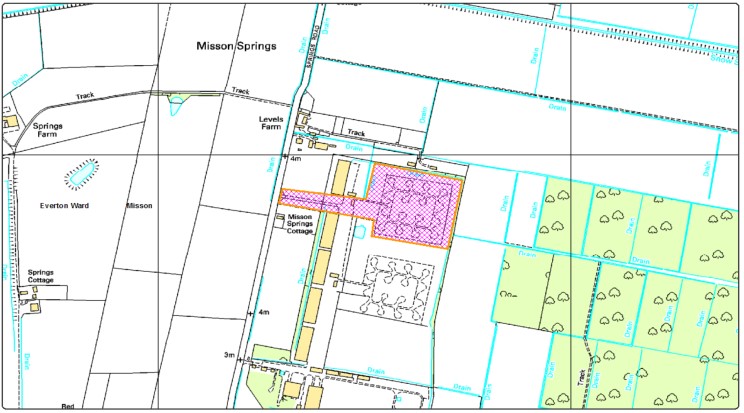 Planners at Nottinghamshire County Council are recommending approval of a planning application by IGas to drill for shale gas at Misson in north Nottinghamshire.

A report, released within the past few minutes, said the proposal should go ahead at a former cold war missile site at Springs Road.

“After very careful review, planning officers have recommended to the Planning and Licensing Committee that the development is appropriate for the industrial site.

“Island Gas has been able to demonstrate how they intend to make sure that the effects of the drilling can be effectively managed to make sure they do not become unacceptable to the local area and local community.

“A recommendation for approval with 37 planning conditions and a legal agreement relating to HGV routeing is included in the report which planning officers believer will make sure that the development will fully meet the requirements of national and local planning policies.

“Shale gas development is very tightly regulated and in addition to securing planning permission from the County Council, Island Gas will also need to obtain relevant permits and licences from the Health and Safety Executive, the Environment Agency and the Oil and Gas Authority before any development can take place.”

IGas has applied to drill two exploratory wells at the site. One would be vertical to a depth of 3,500m. The other would be drilled to 4,350m before deviating for up to 1,500m. According to the application, drilling of the wells would last up to 33 weeks.

The application does not include fracking but IGas has said it may apply for permission to frack in future.

A survey by Misson Parish Council found that 87% of people were against the proposals, 4% were in favour and 9% undecided. 76% of local residents took part.

The County Council said it had received 2,629 representations about the proposals, of which all but six were objections. 44 statutory consultees raised no objection to the development and 11 objected.

The decision on the application will be made at a special meeting of Nottinghamshire County Council’s planning committee, starting on Wednesday 5 October. The meeting may continue into a second day.

The application was submitted nearly a year ago, on 15 October 2015. Nottinghamshire County Council twice asked for more information and has run three public consultations.

There have been concerns about the impact of the site on nearby Misson Carr Site of Special Scientific Interest and the cumulative impact of the rig and other large structures on the local landscape.

In January, the council granted planning permission for up to 12 groundwater monitoring boreholes at the site. The Environment Agency granted a mining waste permit in June.

Springs Road is one of two IGas planning applications for shale gas exploration in Nottinghamshire. The company is also seeking to drill an exploratory well at Tinker Lane. No date has been set for that application.