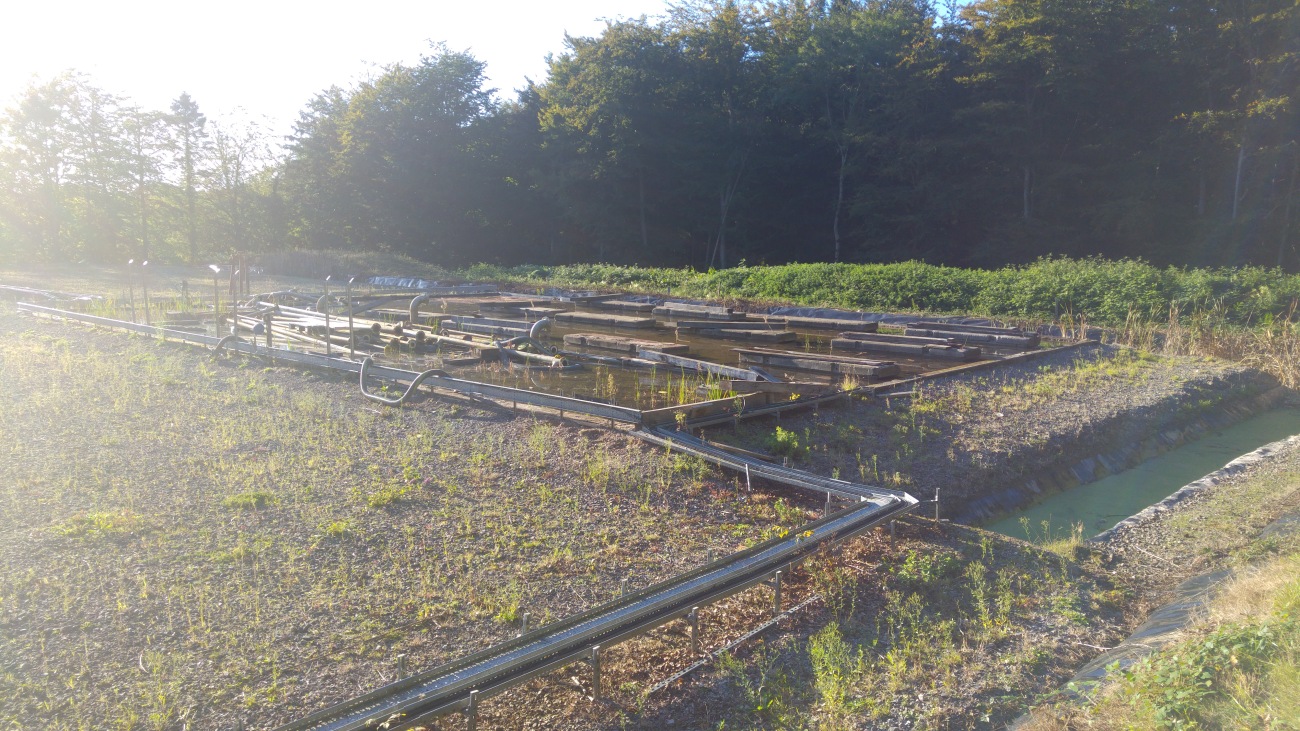 The Environment Agency has objected to plans for 20 years of oil production at Markwells Wood in the South Downs National Park because of concerns about pollution of the chalk aquifer.

The organisation responded to a consultation on the application yesterday and its comments were made public online today.

The developer, UK Oil & Gas (UKOG), wants to drill a 1km sidetrack to the existing well at Markwells Wood and test the flow rate of any oil. It also wants to drill three extra production wells and a water injection borehole.

In its application, UKOG concluded that the potential impact of its planned operations at Markwells Wood on groundwater in the chalk aquifer would be negligible.

But the Environment Agency (EA) disagreed. In a letter to the South Downs National Park Authority, it said:

“We consider that any pollution from the development could have the potential to cause very significant consequences.”

The site, near Rowlands Castle, on the boundary between West Sussex and Hampshire, is in an area that provides drinking water from the chalk aquifer.

The EA said the risk assessment in the application on groundwater pollution was not sufficiently detailed to “determine the potential impact and therefore the level of protection that would be needed.”

This is the second objection to the application because of concerns about water contamination. DrillOrDrop reported last month on the objection by Portsmouth Water. Its water source nearby at Havant and Bedhampton Springs supplies Portsmouth and the surrounding area.

“The applicant has not supplied adequate information to demonstrate that the risks posed to groundwater resources from which supplies of potable water [suitable for drinking] are obtained can be satisfactorily managed.

“Without a risk assessment showing the contrary, the risk to groundwater from the development are considered unacceptable. We recommend the planning permission be refused on this basis.”

The EA said UKOG had not demonstrated that it understood the risk to the public water supply at Havant and Bedhampton Springs and how this could be mitigated. It said the groundwater risk assessment:

There was also not enough information to demonstrate that surface water could be disposed and managed without risk to groundwater, the EA said.

Risk to Havant and Bedhampton Springs

The concerns centre on the potential for polluted water to travel from the site underground to Havant and Bedhampton Springs.

There are fissures in the chalk aquifer, the EA said, which could connect the site to the water source.

“Should a connection exist, pollutants entering groundwater below this site have the potential to impact drinking water supplies with little opportunity to intercept the pollution or for processes of natural attenuation to occur”.

The EA said there was also evidence of karstic flow. This is where water containing carbon dioxide dissolves conduits in the chalk. As a result, any pollutants in the water could travel quickly and long distances along the conduits.

The EA said it always objects to oil and gas developments in Source Protection Zones 1 – the area closest to a drinking water source.

The Markwells Wood site is in a source protection zone 2 for Havant and Bedhampton Springs and the EA would normally allow drilling in this type of area.

But in the letter, the EA said if there was strong evidence to suggest karstic flows in the area of the site it would treat it as if it was in an SPZ1.

“Where the potential consequences of a development or activity are serious or irreversible we will adopt the precautionary principle to the management and protection of groundwater, particularly in the absence of adequate information.”

What UKOG needs to do

To overcome the objection, the EA said UKOG would need to:

The EA said it would also require UKOG to carry out groundwater quality monitoring before, during and after drilling as part of the required environmental permits for the operation.

“If the applicant cannot demonstrate that the proposed development will not pose unacceptable risks of groundwater pollution, then planning permission should not be granted”.