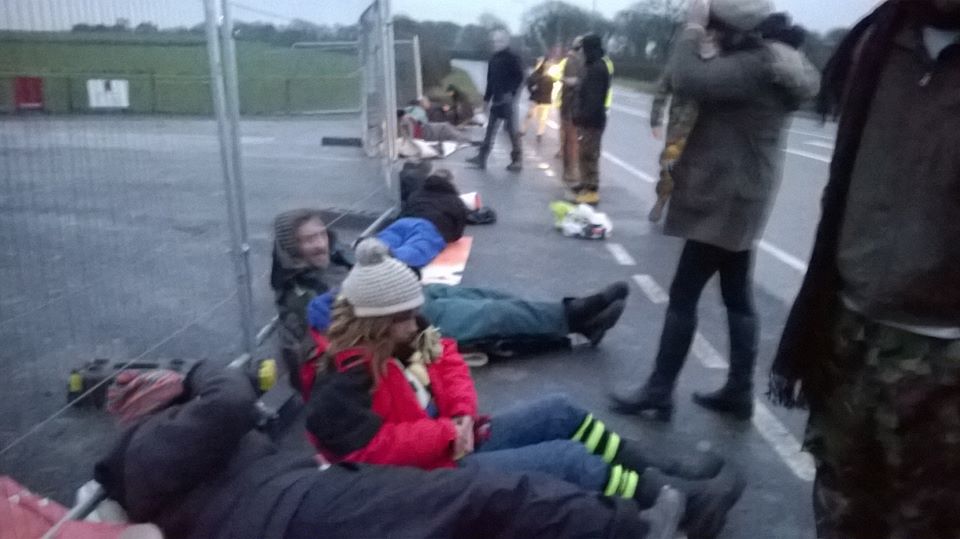 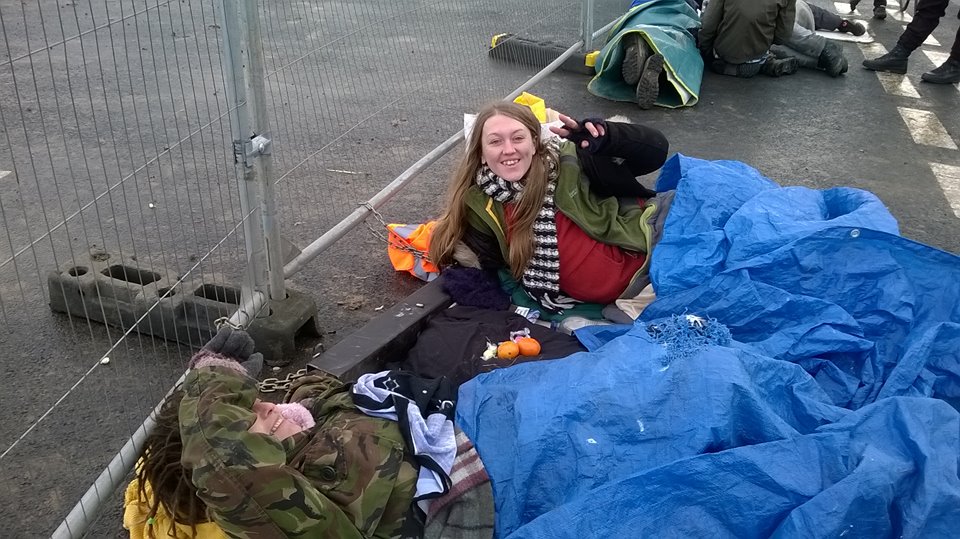 Eight people locked themselves together in a protest outside Cuadrilla’s Preston New Road shale gas site at about 7.30am this morning.

At 12 noon, a spokesperson for Lancashire Police said:

“We are dealing with a number of protestors who have chained themselves together and to some fencing, blocking the entrance to the Preston New Road Cuadrilla site.

“We are currently facilitating their right to peacefully protest and are negotiating with them to try and get the group to move on safely and minimise any further disruption.” 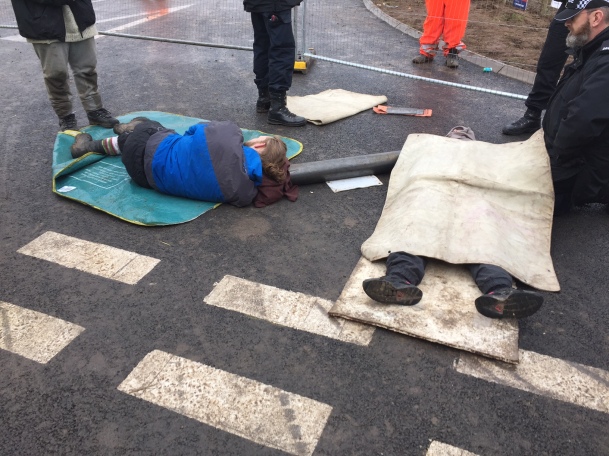 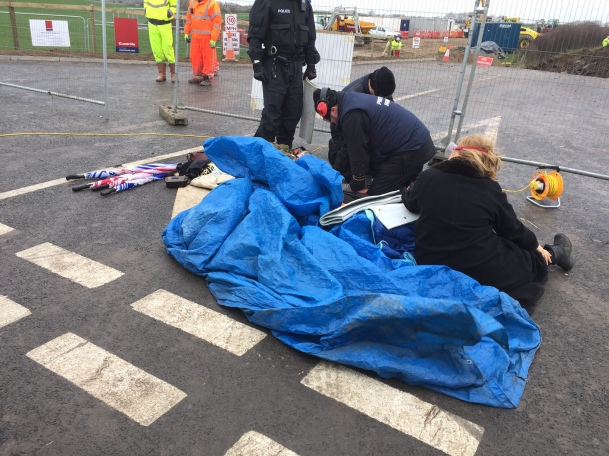 Above pictures used with the permission of the photographer

Police closed Preston New Road to traffic for more than an hour. The protest ended after 4pm. Reports said it lasted 9 hours and 55 minutes.

Police later confirmed that six people had been charged with breaching section 14 of the Public Order Act and would appear at Blackpool Magistrates Court on 22 March 2017. Two other men were bailed to appear in court on 8 March 2017.

Anti-fracking campaigners from Cheshire protested about what they said was D Morgan’s involvement in deliveries or operations at the Preston New Road fracking site in Lancashire.

Morgans, Ellesmere Port, 20 February 2017. Photo: Used with the permission of the photographer 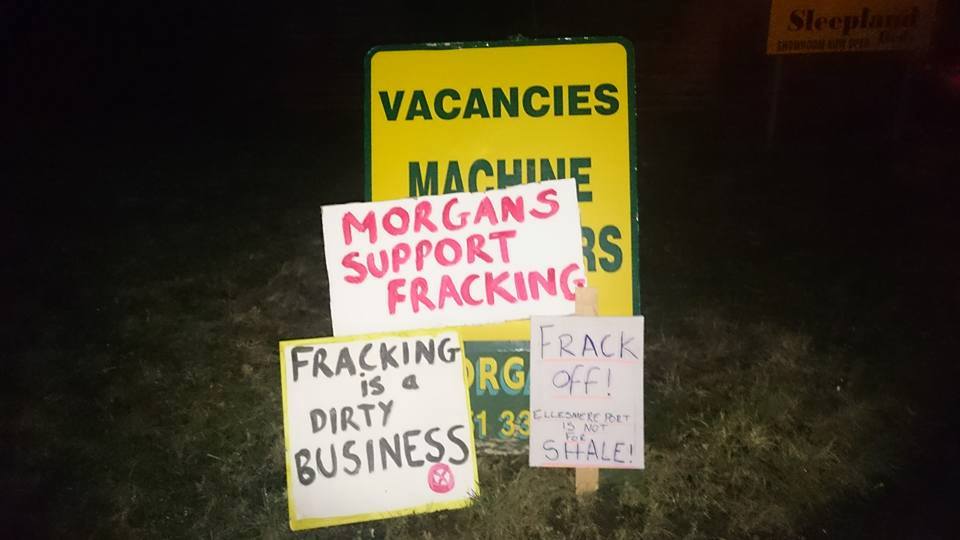 Morgans, Ellesmere Port, 20 February 2017. Photo: Used with the permission of the photographer

Photo of article in the Chester Standard 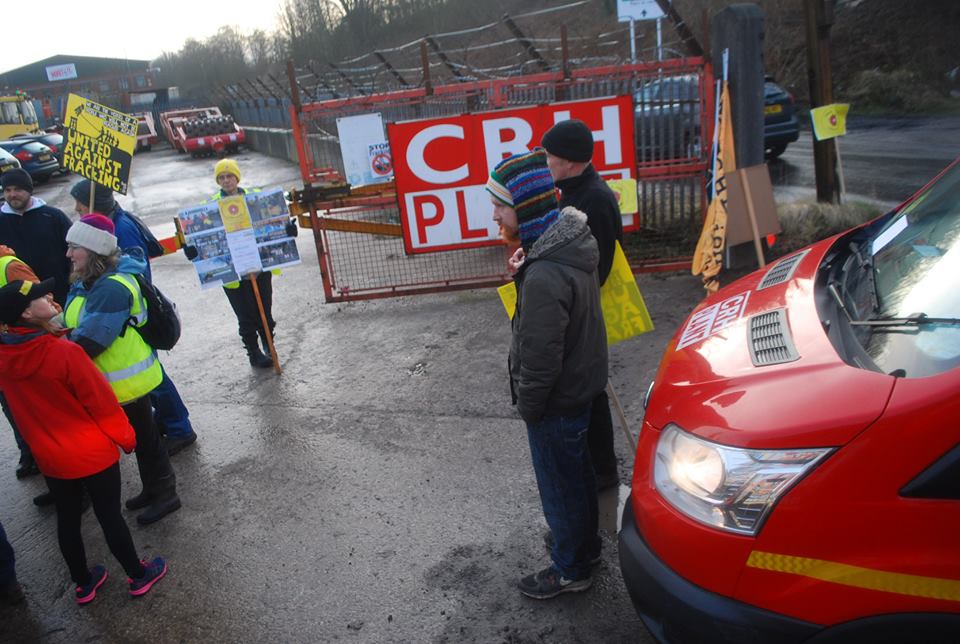 CRH plant hire, Wigan, 21 February 2017. Photo: Used with the permission of the photographer

Campaigners reported the protest had been successful, citing the email below: 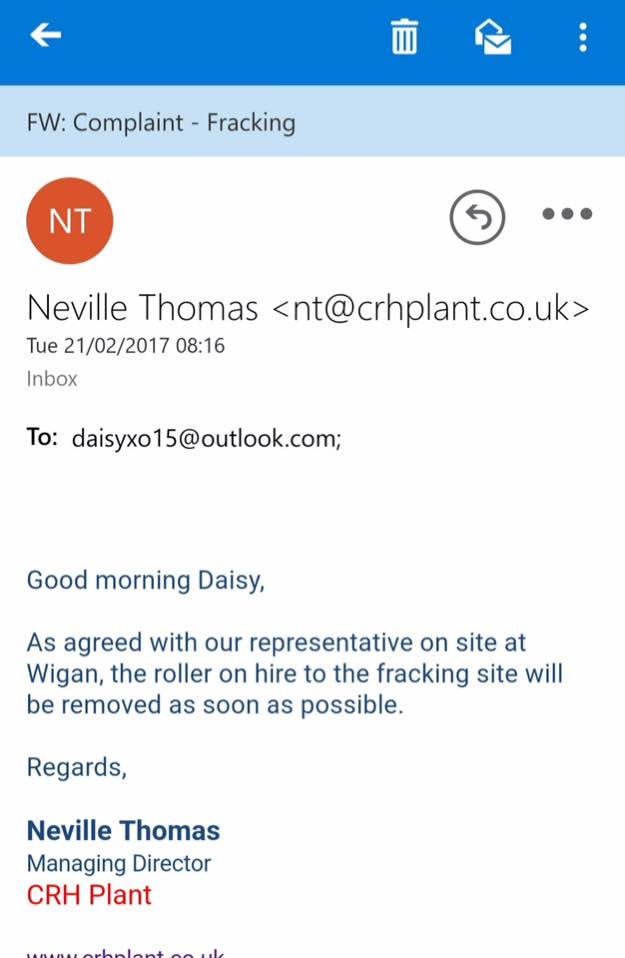 Campaigners photographed equipment arriving at Third Energy’s Pickering-1 wellsite. The company announced on 21 February that it was preparing for a short workover programme to convert the gas production well into a production and re-injection well. Statement on Third Energy website Photos by Eddie Thornton.