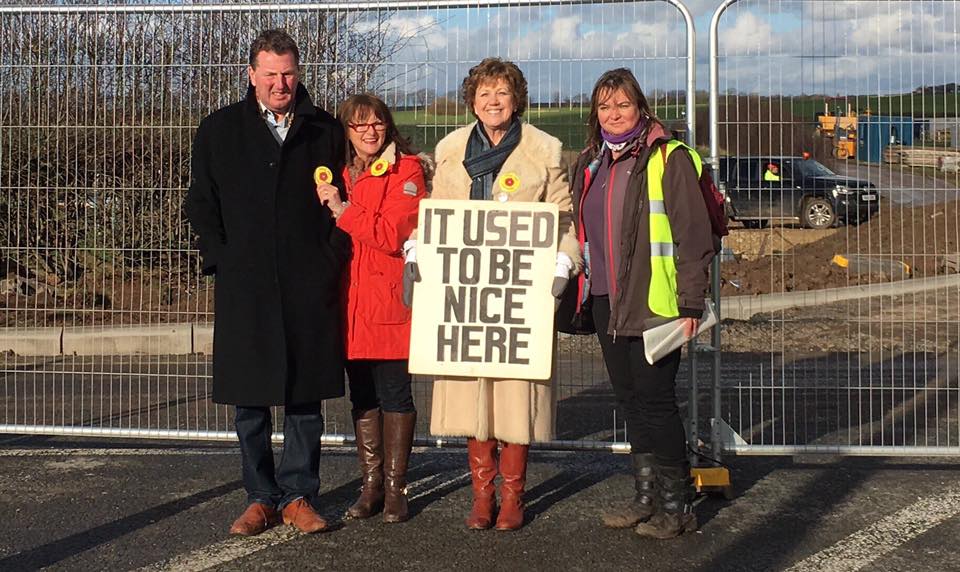 This post is updated throughout the week.  Please let us know about news you think DrillorDrop should be reporting on this post. 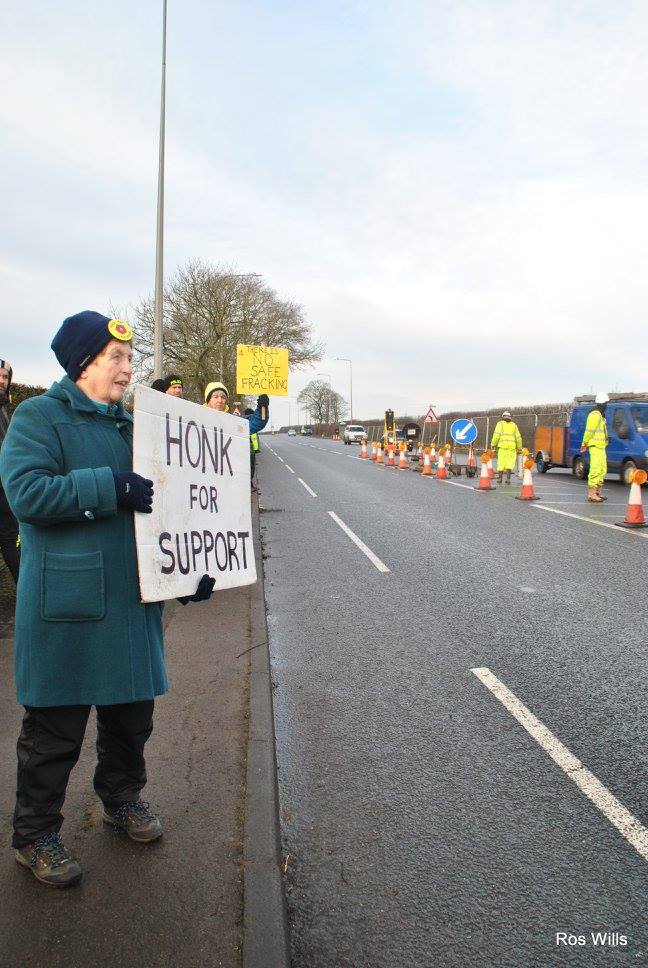 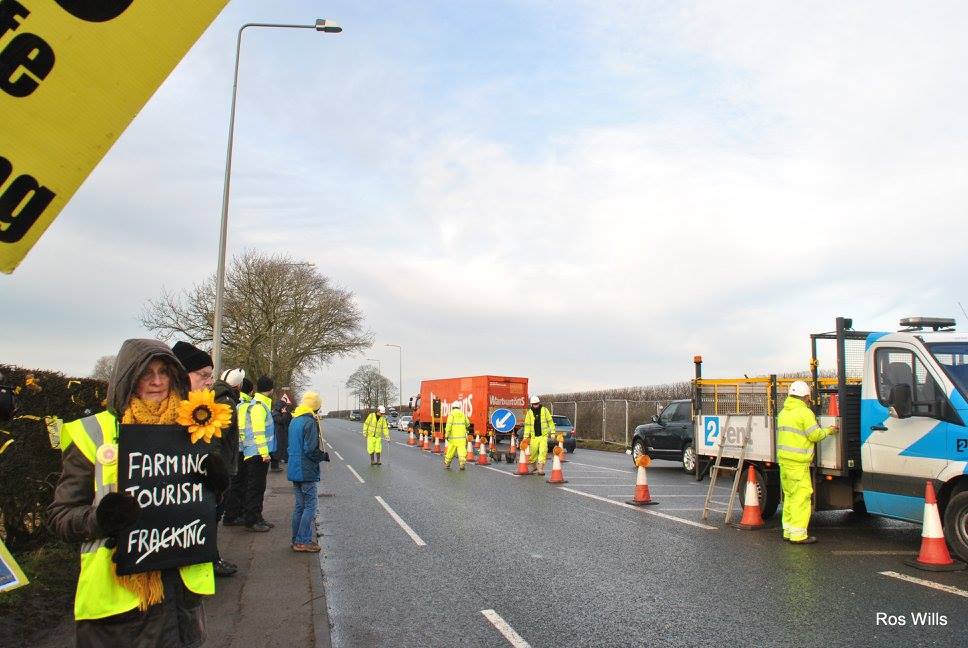 John Tootill, who witnessed a two-car accident outside Cuadrilla’s fracking site near Blackpool this morning said a truck preparing to make a delivery was breaking agreed traffic rules. Cuadrilla said the truck was not involved in the accident and the cars were not part of Cuadrilla’s operations.

Mr Tootill, whose basic account of the accident has been confirmed by police, said a cement truck had stopped outside the Preston New Road site to turn right, against the traffic management plan, before two cars on the other side of the road collided.

“The truck, travelling from the Preston direction, indicated to turn right into the site which is against the agreed rules. It was in the middle of the road. I saw that and shouted to the security people and police that this was against the agreement.

“The next car travelling from the Blackpool direction saw all this gesticulating and stopped. The car behind ploughed into the back of it.” More details

In response to allegations that Cuadrilla staff and contractors had been intimidated by protesters, a spokesperson for Lancashire Police said:

“An investigation is on-going to establish whether any criminal offences have taken place.

“We will not tolerate any threats or intimidation towards any person who is going about their lawful business.”

A 31-year-old man from Blackpool was arrested at 10am outside Preston New Road under section 241 of the Trades Union and Labour Relations (Consolidation) Act. At 5pm, Lancashire Police said he was still in custody and had not been charged.

DrillOrDrop reported in 2014 that 30 people were charged with this offence at the Balcombe protests in West Sussex. The offence carries a maximum penalty on conviction of six months in prison. Of the 30, 25 saw their charges changed before trial to offences which did not carry a custodial sentence. Of the remaining five that went to trial, two had their charges dropped part way through the case and one was acquitted. Two were convicted – one was conditionally discharged for 12 months and the other fined £200.

Photojournalist, Peter Yankowski, was arrested during slow-walking protest of vehicles from A E Yates. He was charged with obstructing the highway and is to appear at Bolton Magistrates Court on 7 March 2017. 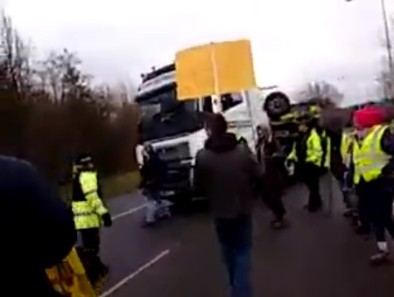 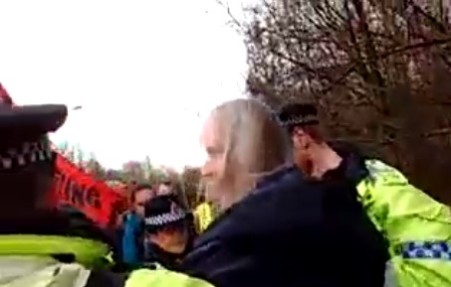 Stills from video by Lion of Wise Isles

“Shall be fighting it as a photojournalist. Just home, arrested charged with obstructing the highway and kept 11 hours in the cells.

“My actions were necessary to stop getting run over by a wagon.”

A protester received minor injuries following a collision with a car. Lancashire Police said the incident was being investigated and that the car driver would be spoken to.

David Armstrong told protesters that his company was terminating all work with Cuadrilla at Preston New Road. Cuadrilla said that contract had already been fulfilled and the work completed. More details 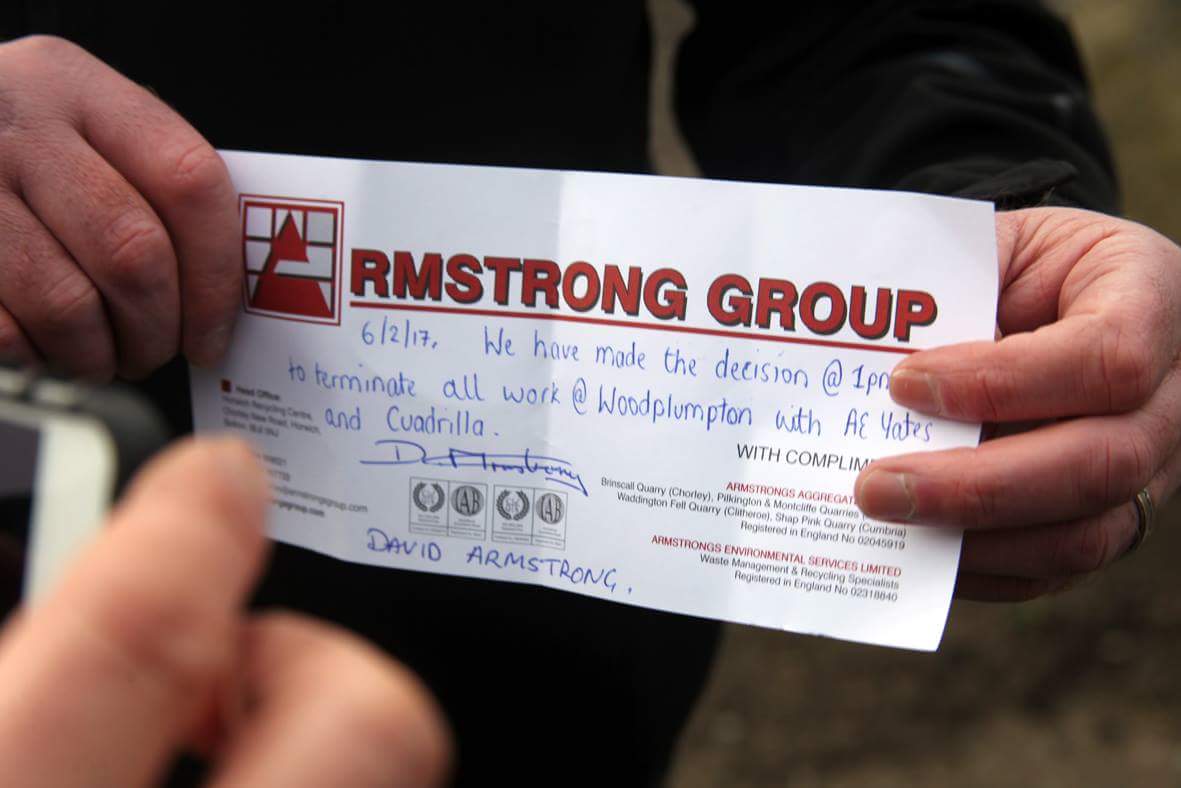