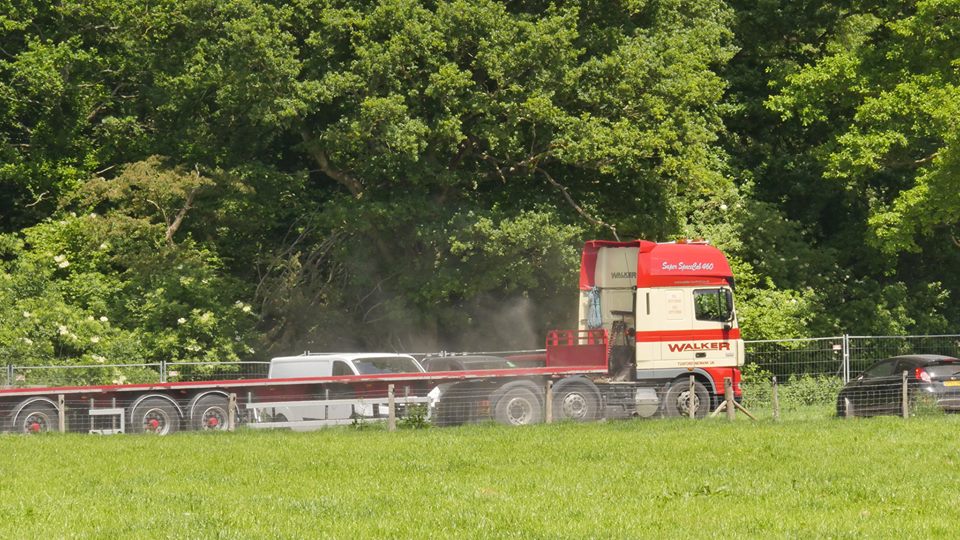 Sussex Police said this evening a 61-year-old man from Lindfield had been arrested outside the oil exploration site at Broadford Bridge near Billingshurst. A spokesperson said he was suspected of obstructing the highway. 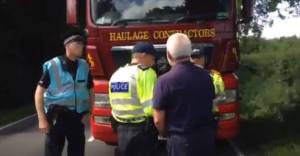 Photo: Used with permission of the author

This was the first arrest at the site and came as the drilling rig was being installed. The operator, UK Oil & Gas, said all permissions were in place and it expected drilling to start shortly. More details and pictures

Opponents of operations at the site gathered outside the entrance and carried out “slow walking” protests in front of delivery lorries site from about 12.30pm.

“On Thursday (May 25), a police liaison team engaged with a number of the protesters who were walking in front of vehicles on the road adjacent to the site.

“Due to concerns for their safety and other users of the B2133 road, which has a 50mph speed limit, they were asked to continue their protest off of the highway. All but one left the road.

“We recognise the right for people to assemble and protest in a public place and we will always seek to facilitate peaceful protest. Our priority is the safety of everyone involved in and around the site and affected local communities, ensuring that we can effectively respond to emergencies and deal with any unlawful activity.

“A 61-year-old man from Lindfield was arrested on suspicion of causing wilful obstruction of the highway. He remained in custody on Thursday afternoon.”

DrillOrDrop understands he was taken to Worthing police station.

Pictures of the installed rig