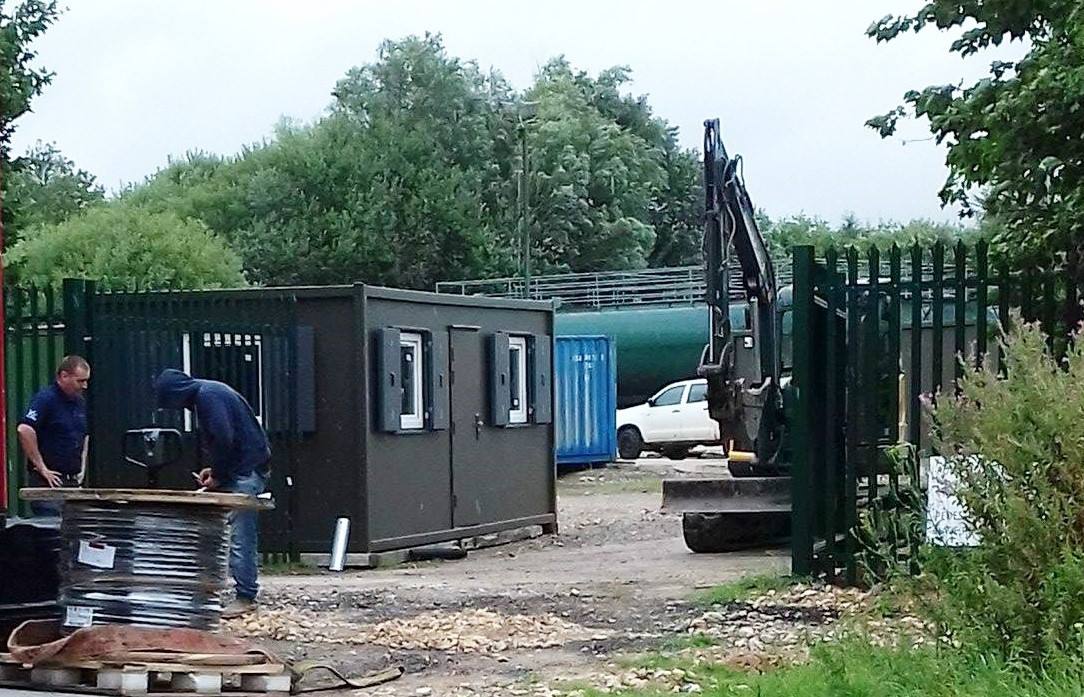 West Sussex County Council confirmed today that there had been another breach of planning permission at the Angus Energy oil site at Lidsey, near Bognor Regis.

The news coincided with an announcement from the company that it had approval to drill a horizontal well at Lidsey but production could be delayed because the rig was still at another site.

A delivery lorry used an unauthorised route to the Lidsey oil field site just days after a council warning, it was confirmed this afternoon.

West Sussex County Council said it regarded the use of the unauthorised route as another breach of a condition of the site’s planning permission. This specifically states that the route must not be used for highway safety reasons. It joins a 50mph road, the A29, between two blind bends.

DrillOrDrop reported last month that the county council had warned Angus Energy that deliveries must use the authorised route after a similar breach of the planning condition. This followed an official complaint, accompanied by video evidence, that a vehicle had used the unauthorised route on 24 July 2017. 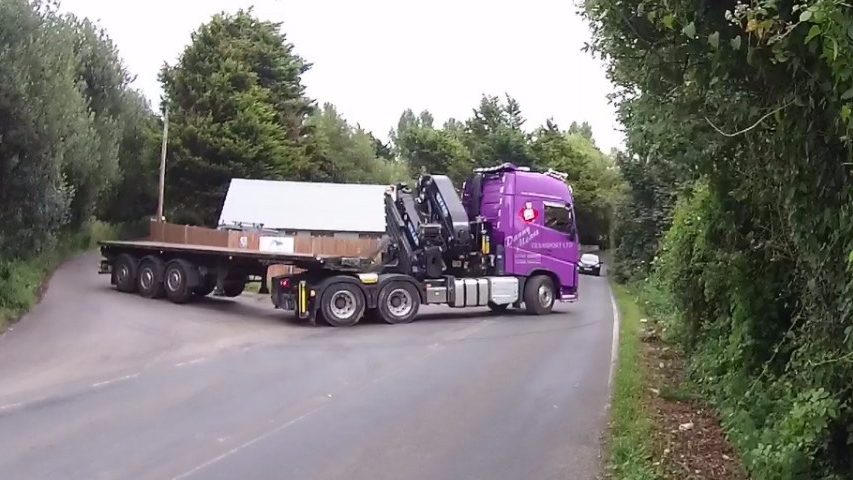 The council said it also regarded use of the unauthorised route as a breach of a Section 106 legal agreement, which required deliveries to take a route through a small industrial estate at Lidsey Farm.

A spokesperson for the council said the company was warned about the condition and legal agreement on 26 July 2017. 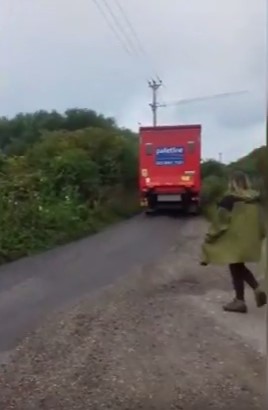 The council spokesperson confirmed that another formal complaint had been received and that the second delivery was also regarded as a breach of the planning condition and the Section 106 agreement.

According to the formal complaint and video evidence, the delivery driver began to unload the cargo but when the site manager saw two eye witnesses he told the driver to re-load the lorry and leave.

The eye witnesses said the driver told them it was the right load delivered to the correct site.

“We made contact with the operator [Angus Energy] on 26 July and highlighted the requirements of the condition and the legal agreement, and the highway safety reasons for these requirements.

“They have confirmed that with immediate effect, only the authorised access to the site will be used.

“They subsequently made contact to advise that a lorry had accessed the site using the wrong access, but had been reprimanded and redirected.”

This is at least the third breach of the planning condition for deliveries at the Lidsey site. In October 2014, the council told Angus:

“The County Planning Authority is aware that there may have been obstructions in the past along the approved vehicular route to the A29 which could have prevented access. Please be aware that all vehicular access and egress to the site must be obtained via the approved route.” (Link to document)

Angus is also involved in a dispute about planning breaches at Brockham, near Dorking, the other site where it is an operator. Surrey County Council has said the company did not have permission to drill a side track well in January this year. But the company has consistently denied this.

DrillOrDrop asked Angus Energy to comment on the planning breach recorded on 24 July but it did not respond. We also invited it to comment on the most recent one and this post will be updated with any response.

Angus issued a statement to investors this afternoon confirming it had approval from the Oil and Gas Authority for a horizontal production well, to be called Lidsey-X2.

The company previously received planning permission for Lidsey from the county council in April and was granted an environmental permit by the Environment Agency in May. 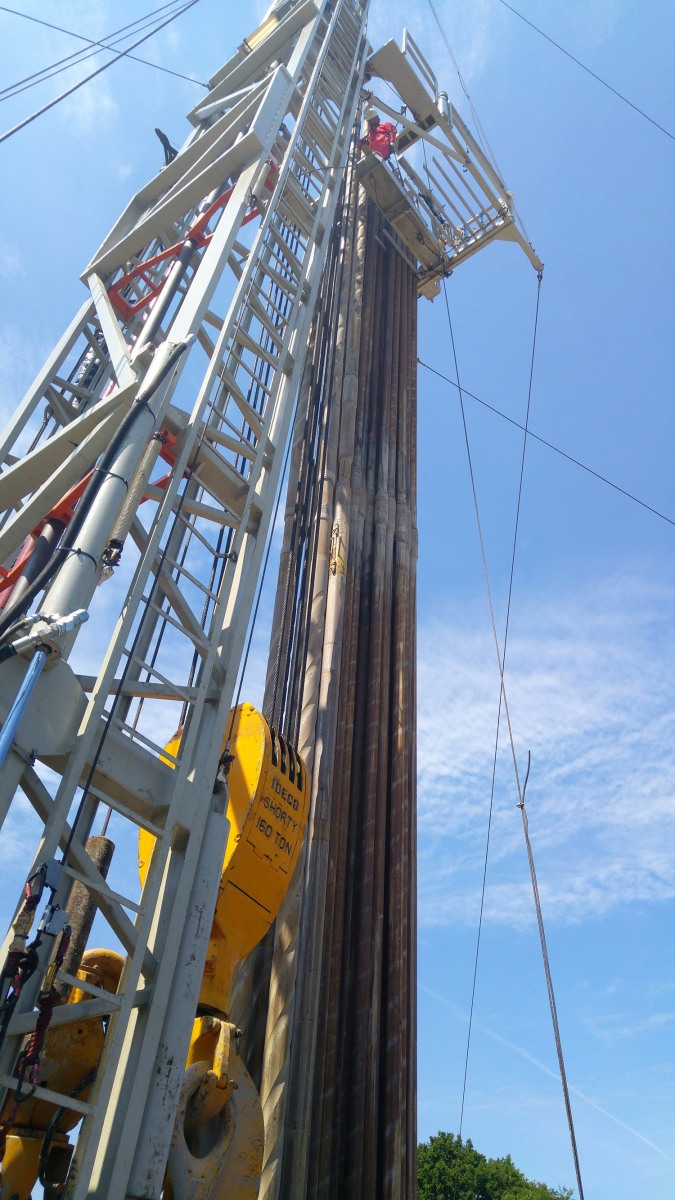 The new well will target the Great Oolite reservoir but will also take samples from the Kimmeridge layers, which are being explored at Broadford Bridge, and at Horse Hill in Surrey.

“The Company notes its timeline for Lidsey-X2 to re-commence production from Lidsey may now be delayed by a few weeks due to the extension of BDF Rig 28’s current work obligations for an unrelated third party. These modified operations have postponed the equipment mobilisation date to the Lidsey oil field.”

Angus added that the delay would not have any material impact.

“The Company expects an operating window of approximately six weeks from the rescheduled mobilisation date, once confirmed, to actual production from Lidsey-X2. A further announcement will be made in due course.”

The Angus share price closed at 31.3p, up 31% on the day and recovering from most of its recent losses.