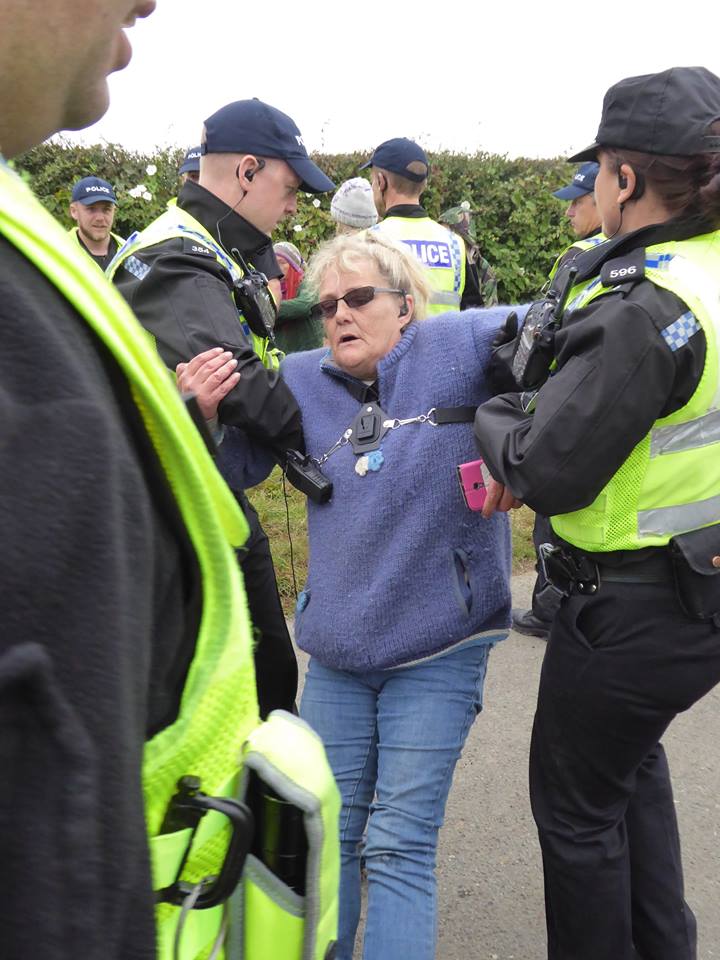 Opponents of fracking plans at Kirby Misperton have accused North Yorkshire Police of violating their human right to protest.

An inspector was filmed today confirming that slow walking protests – where campaigners slowly escort trucks – would not be permitted near the Third Energy’s fracking site.

This form of protest has been used at protests against the onshore oil and gas industry throughout the UK. Earlier this month, Supt Dave Hannan, the silver commander of the operation at Kirby Misperton, said he would allow one 20-minute slow walk in the morning and another of the same duration in the afternoon. DrillOrDrop report

Protesters did not accept the limit on the time or the number of walks. But today, the third day of deliveries to the site, an inspector said on camera:

“You can protest down here. That’s no problem. At the side of the road. You can make your protest. You can have your banners there, which you’ve got.”

A statement from the Kirby Misperton Protection Camp, established in December 2016 to oppose Third Energy’s plans to frack in the village, said police had banned both slow-walking and sit-down protests.

“This is a direct violation of the protection of human rights under British law”.

A local councillor said local people had been distressed and confused by the change in police tactics.

“Police liaison officers have been engaging with the protest community, and will continue to do so, explaining what is acceptable in terms of safety and reasonableness. This will be reviewed on a regular basis.”

The Police and Crime Commissioner for North Yorkshire declined to comment on the change of approach.

The force confirmed this morning that two men and two women arrested yesterday (20 September 2017) had been charged with obstructing a highway. At least one was sitting near the gate to the wellsite. Police said they would appear in court in York next month.

Five people were arrested today. Two were charged with obstructing a police officer, one with assaulting an officer and two with obstructing the highway. One woman was also taken to hospital after being restrained by police and pushed over. An ambulance reportedly took more than two hours to arrive.

“Locals are distraught that they have been lied to and have lost all access to peaceful protest.

“At present, the police are not doing enough to protect the protesters from harm and distress, nor support their right to cause some limited obstruction.”

He accused officers of inconsistent, intimidating and undiscerning policing. He said local people, many of whom had never protested before, were facing heavy-handed policing and kettling (containment by lines of officers).

“On Tuesday, one woman in her 70s from Helmsley was kettled for two hours, restricted access to water or to a chair, even though both were a short distance away, and treated as if she were a ‘lock-on’ activist.

“She is now at home exhausted, poorly and distressed. But she vows to return to the front line because she says ‘this is her Ryedale and her right’”.

Cllr Chapman said some local people, who felt they were being treated like criminals by police, wanted to meet Supt. Hannan. The police must serve the interests of people who want to protest, he said.

“But at present we see no evidence to support this assertion”. 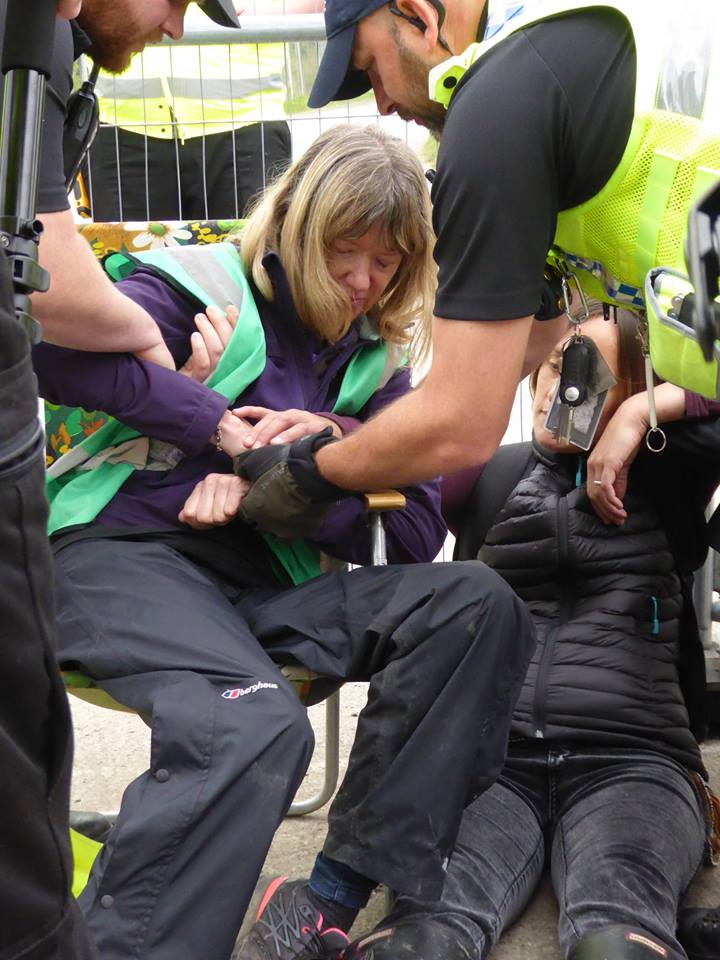 “Non-violent direct action, such as a sit-down protest on a public road, are legitimate forms of peaceful protest.

“These human rights were hard won and we will stand to defend them.”

The camp also said the use of “kettling” at the KM8 site was questionable. This had been justified by the Metropolitan Police during student protests when officers said they were under attack from protesters. A spokesperson for Kirby Misperton Protection Camp said:

“There has been no such attack by protectors at the KM8 site, however the crowds are kettled several times a day.”

Traffic to the Flamingo Land resort in Kirby Misperton has been re-routed this week, causing concern in local villages.

“We have erected diversion signs relating to a road closure used periodically by the police to manage activities leading to the site safely.

“We have agreed with the police that our yellow diversion signs will remain even when the road is open to enable closure to be implemented without delay, if necessary.

“However, the yellow diversion signs will come into effect only if a closure is put in place by the police. Specific signs highlighting the alternative route to Flamingo Land are in place as part of the diversion.”