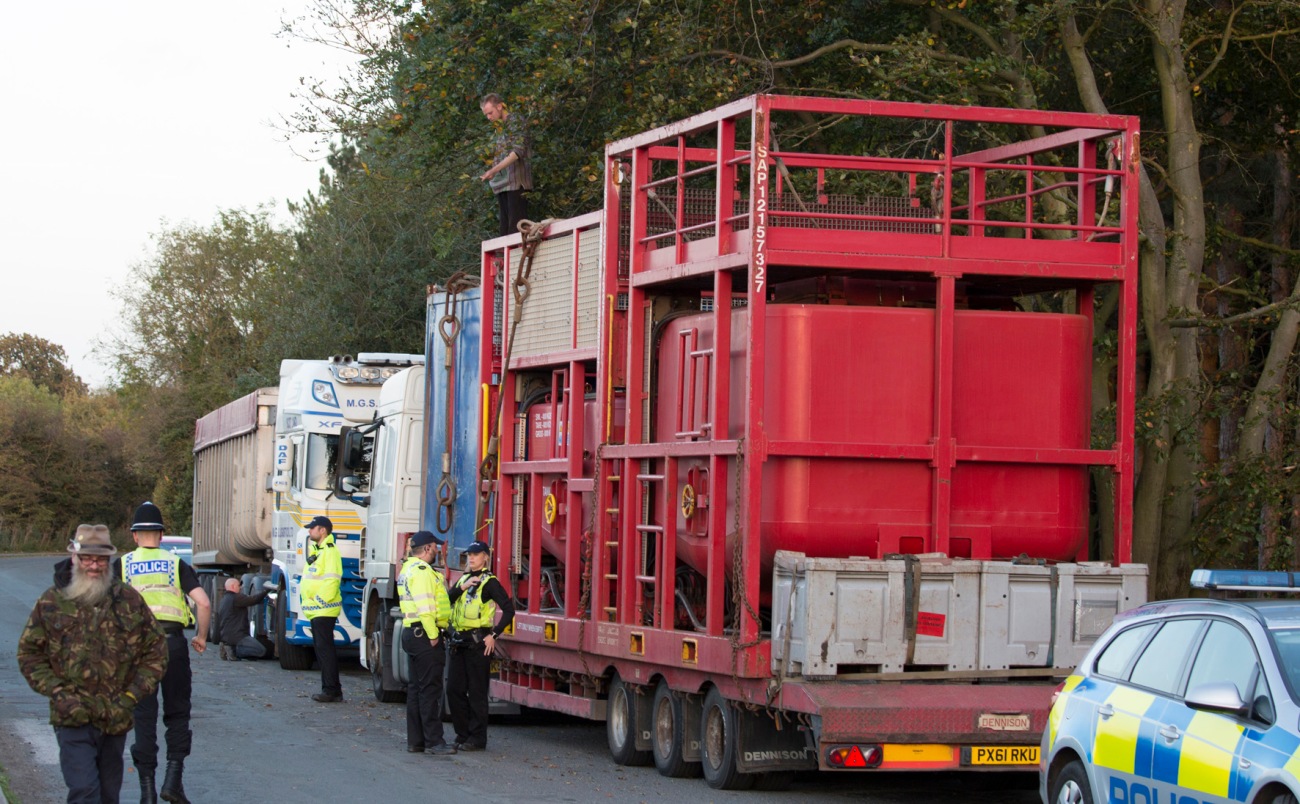 This post will be updated throughout the week. Please let us know (click here) about events which you think should be included.

Campaigners brought down from rig platform at Third Energy’s site

A 28-year-old man and 21-year-old woman who spent about 30 hours on the rig platform at Third Energy’s fracking site at Kirby Misperton have been brought down to the ground by a specialist climbing team from Surrey. North Yorkshire Police said they had been charged with criminal damage and hindering work under the Trade Union and Labour Relations Act. DrillOrDrop report 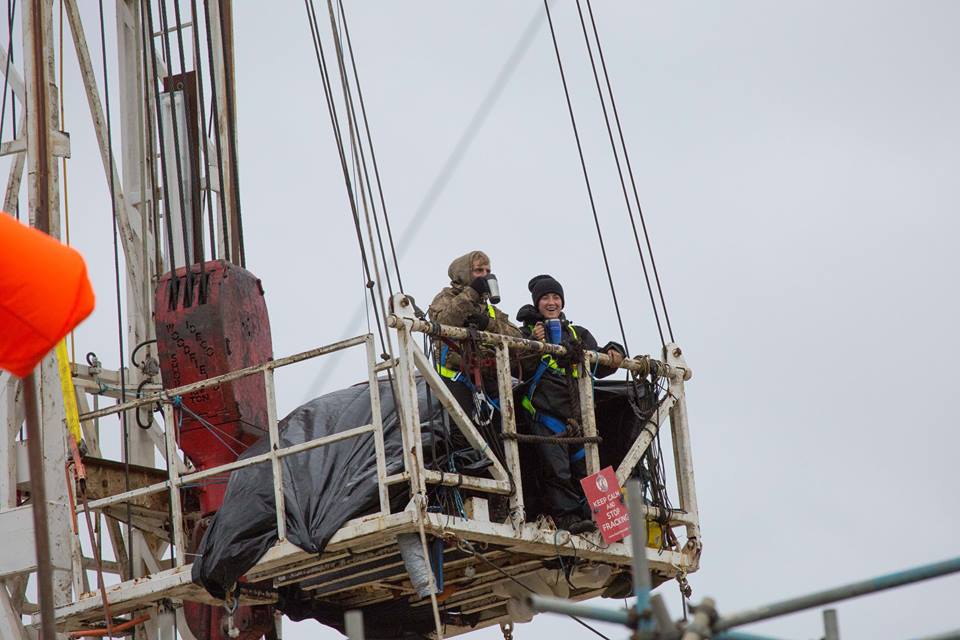 Three opponents of Third Energy’s plans to frack at Kirby Misperton in North Yorkshire occupy the workover rig at the site at 3am. One of the campaigners, a 29-year-old man, comes down at 3.45pm. He was later charged with criminal damage and aggravated trespass. The other two, a man and a woman, stay on the rig platform overnight. Third Energy provides safety harnesses and hot drinks. DrillOrDrop report 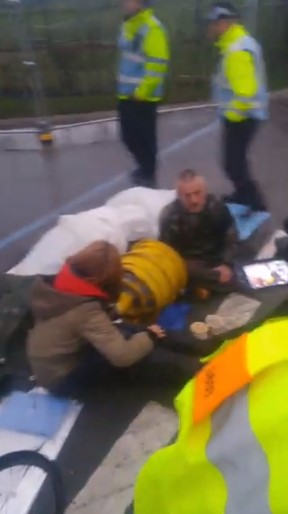 Two people locked their arms together through a tube at the entrance to Cuadrilla’s Preston New Road site, near Blackpool.

Lancashire Police said three men and a woman had been charged with wilful obstruction of the highway.

They are due to appear at Blackpool Magistrates’ Court on 14 November 2017.

Kirby Misperton Protection Fund announces a fund to compensate the dairy farm opposite the entrance to Third Energy’s fracking site in North Yorkshire.

Protests at the entrance have disrupted milk collection from the farm. The fund seeks to compensate the farm if the road is closed.

Michelle Easton, a campaigner against Third Energy’s operation, is coordinating the fund. A former student at Cirencester Agricultural University, she said:

“From my time at Cirencester and the work I’ve done in sustainable agriculture since, I’m very aware of the pressures faced by all farmers. Dairy farming is tough, and that’s without being located next to a fracking site. So I was very happy to coordinate this fund when it was discussed at the gates to KM8 the other day.’’

Kirby Misperton Protection Camp reported that the fund had raised £700 in the first day.

Two lock-on protests, each involving two people, blocked the road early today either side of the entrance to Third Energy’s Kirby Misperton site in North Yorkshire. 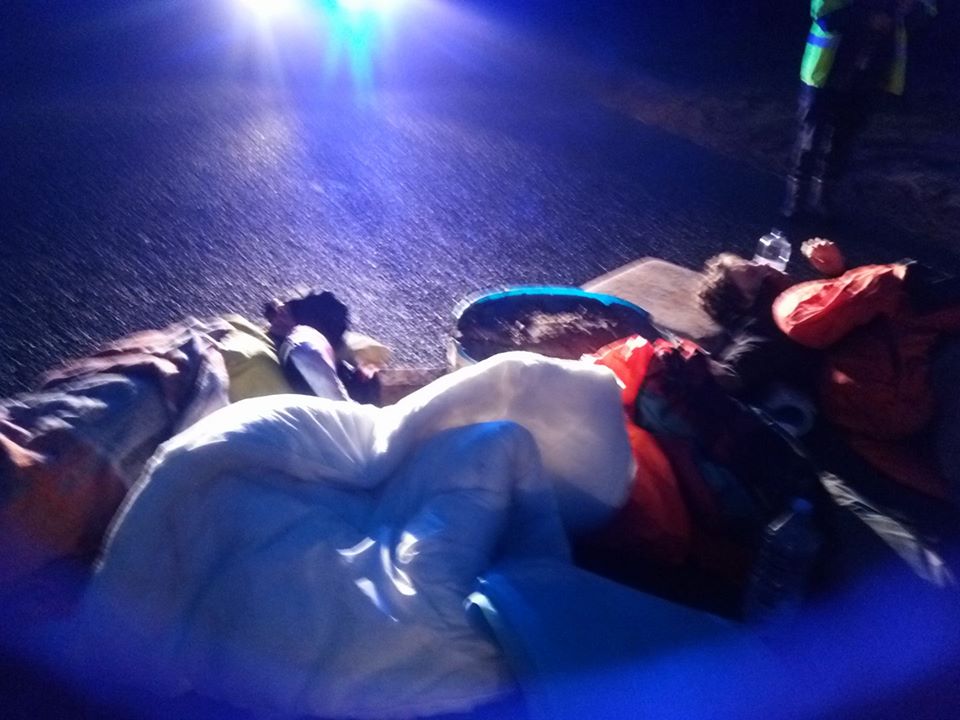 “Four people who lay in the middle of Habton Road at either end have been arrested.

“They were cut out of concrete and metal devices by police with specialist equipment.”

“Local officers have been active in Kirby Misperton and the surrounding villages today, talking to residents and businesses about any issues connected to protest activity this morning.”

A statement issued on 20 October said two men aged 29 and 72 and two women aged 31 and 65 were charged with obstructing the highway. They are due to be appear in court next month.

Four people charged with obstructing the highway outside Third Energy’s Kirby Misperton site appeared in court for a preliminary hearing. They denied the charges. No date has been set for the trials.

An opponent of Third Energy’s fracking plans in North Yorkshire climbed on top of a lorry bringing equipment to the Kirby Misperton site last night (16 October 2017).  The campaigner spotted the vehicles waiting in a layby and spent the night on top of them. He said:

“We had to just go for it, it would be too heartbreaking to sit by and watch this destructive equipment go in without meeting it with any meaningful protest”.

Police are at the scene. A man was later charged under the Trades Union and Labour Relations (Consolidation) Act. 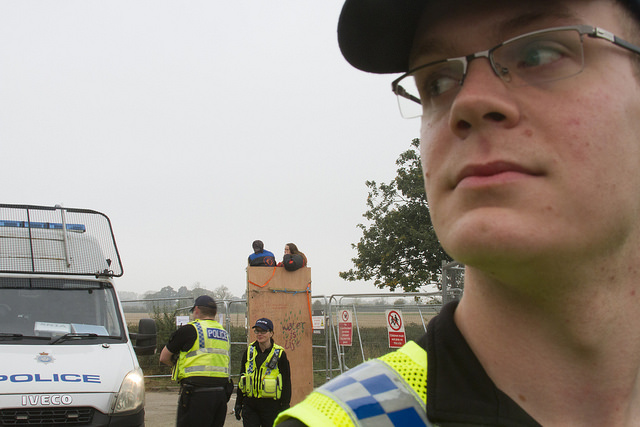 Police removed two campaigners from the third observation tower to be installed near the entrance to Third Energy’s Kirby Misperton site. Two people were arrested and the tower removed. Opponents of Third Energy’s plans installed the tower during an evening event on 15 October 2017 with the two campaigners inside. They remained overnight and were removed by police at about 6.30pm on 16 October 2017.