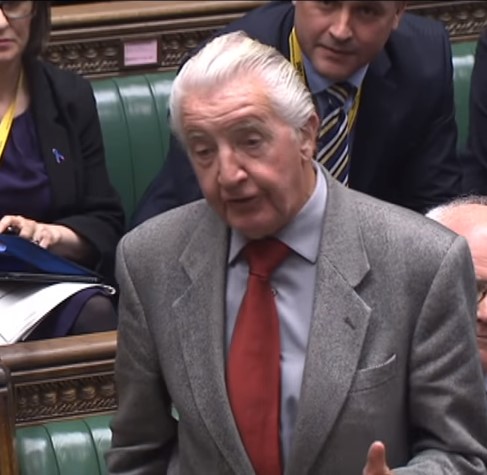 The Labour MP for Bolsover, Dennis Skinner, has called on the Prime Minister to investigate water problems in an area near where INEOS has been carrying out seismic testing.

Residents on the Oxcroft estate, an area of smallholdings on the edge of Bolsover, in Derbyshire, complained about discoloured water more than a week ago. 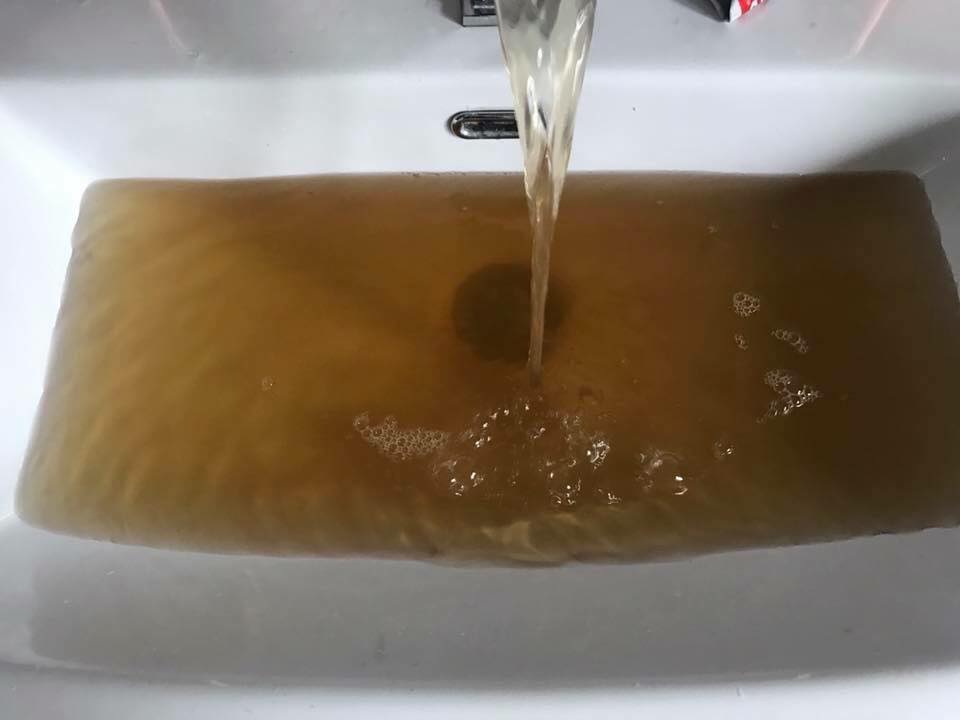 Discoloured water on the Oxcroft estate, 12 October 2017. Photo: Used with the permission of the author

INEOS Shale has been carrying out seismic testing in the Bolsover area recently. It says there is no evidence to link the problems to its work.

“Is the Prime Minister aware that INEOS, the fracking company, has been accused in the Bolsolver area on the Oxcroft estate of creating a massive deterioration in the water supply run by Severn Trent. Will she, as Prime Minister, investigate this matter and call upon INEOS to halt the process whilst the investigation takes place.”

“He’s raised an issue which, I’m sure will be properly looked into. But underlying this is the question of ensuring that we are able to get a secure and safe supply of energy* into the future and that’s why the fracking is continuing, that’s why we’re supportive of the shale gas exploration. There are opportunities there for the United Kingdom and I’m sure he’s raised a particular issue that I’m sure will be looked into appropriately.”

You can watch the video here.

DrillOrDrop has been investigating the water problems in the Oxcroft area since last week. We’ll be reporting from the area tomorrow.

Mr Skinner told DrillOrDrop he had asked his parliamentary question in response to a letter and photographs from a constituent. He said he had written to INEOS and Severn Trent about the water problems on the Oxcroft estate but had not received a reply.

“INEOS takes its responsibility for all its works very seriously and takes into account all relevant environment and infrastructure before working on site. Underground imaging surveys have played a long-time role in understanding the UK’s geology, particularly in the era of coal.

“In this case, our survey was carried more than 3 kilometres from the leak reported at Bolsover. There is zero evidence that links the Severn Trent water leak to our work.

“Severn Trent is currently investigating the reported water supply issues in the area. In the meantime, we are disappointed that Mr Skinner chose to make his comments in Parliament before receiving our response to his letter. As a former miner, he knows better than most what is underground and the work we are doing in Bolsover. Our invitation to him stands, to meet with our geologists to discuss our activity and its proximity three kilometres from the Severn Trent leak.”

This evening Mr Skinner said he had still not received any response or correspondence from INEOS and he said he would not meet the company:

“Not in a month of Sundays. Who are they kidding? That’s not my style. I’m opposed to fracking.

“We live cheek-by-jowl in Britain. In America you can do fracking in some sites and not be within five miles of people. We are not a country like that.”