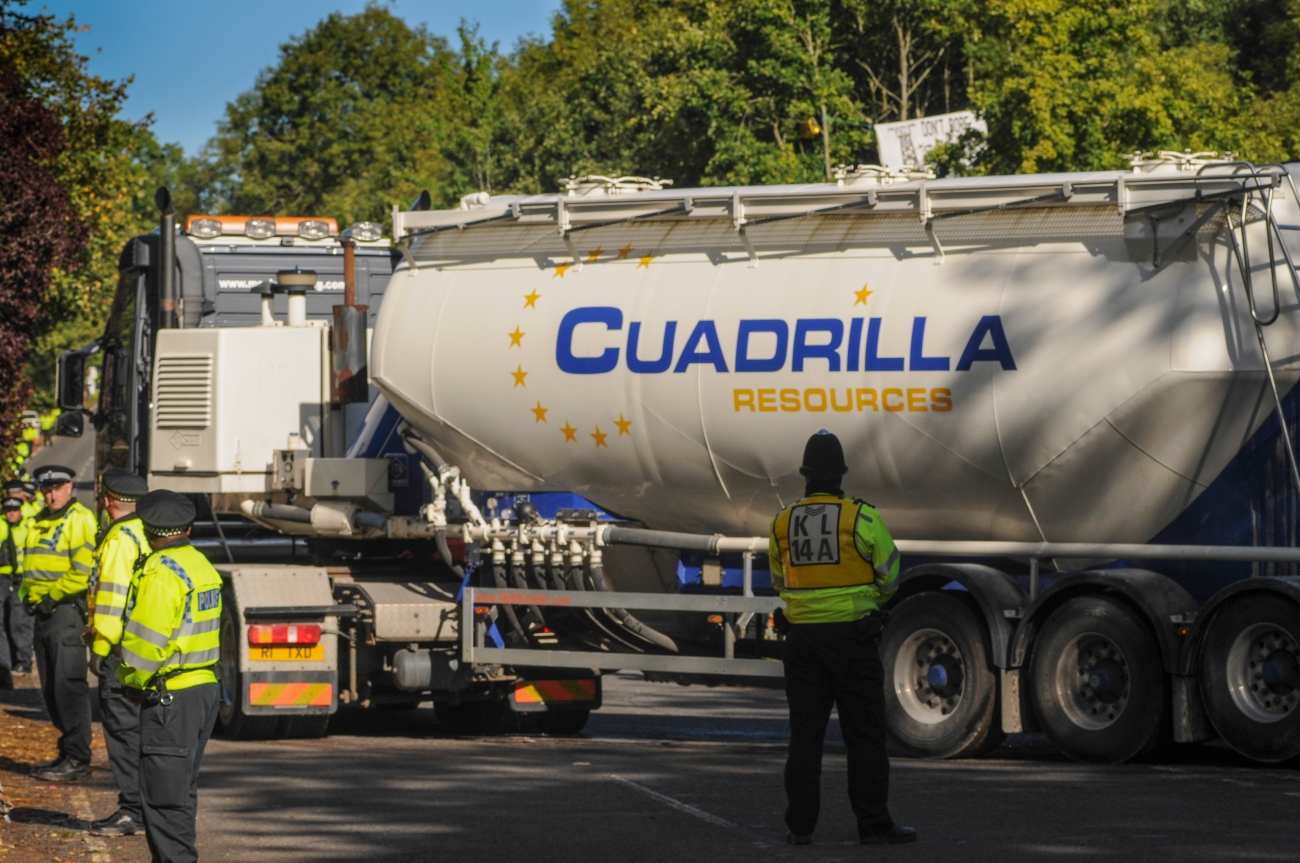 The deal, which depends on consent from the Oil and Gas Authority, will cost Angus £4 million and will require additional sources of capital, the company said.

In a statement this morning, Angus said it would carry out and pay for tests on the oil flow in the Balcombe well, approved earlier this month by West Sussex County Council.

Cuadrilla drilled its Balcombe well in summer 2013, prompting three months of protests. But it ran out of time under the planning permission to test the well and no operations beyond maintenance have been carried out since then. Cuadrilla is currently preparing for horizontal drilling at its shale gas site at Preston New Road in Lancashire and a public inquiry over refusal of planning permission at a nearby site at Roseacre Wood.

“Following the approval of our planning application to flow test and monitor the existing horizontal exploration well at Lower Stumble we are delighted to form this new partnership with Angus Energy, an existing and successful operator in the area. This agreement will enable the testing works to be undertaken in a timely way and to the highest standards, whilst we continue to also focus on our shale gas operations in the North West.”

Angus currently operates licences and sites at Lidsey in West Sussex and at Brockham in Surrey.

Earlier this month, the company said it would be producing oil from two wells at each of these sites in the first quarter of this year (DrillOrDrop report). But there’s disagreement between the company and Surrey County Council over whether there is planning permission to drill or produce from one of the Brockham wells.

Under today’s agreement, Angus has acquired interest in the Balcombe licence, PEDL244, from both Cuadrilla and the other investor in the licence, Lucas Bolney Ltd, a subsidiary of the Australian mining group, A J Lucas.

“This transaction complements our existing asset base and aligns with our goal of enhancing shareholder value. This joint venture is an important milestone as we execute our business plan. Both the new partnership and Cuadrilla’s and Lucas’ recognition of Angus Energy’s ability to manage and execute operations in a safe and efficient manner at Balcombe are gratifying to our entire team.

“We are also looking forward to the near term testing of Balcombe-2Z horizontal well as it will further add to our knowledge base and understanding of the Kimmeridge layers.”

The statement said Angus would:

According to the statement, Angus will pay £2m, less a £150,000 advance payment, within 20 working days of 20 January 2018. It will pay another £2m following consent from the OGA. Angus said it “was reviewing several financing options” and was “in the final stages of selection”.

The statement said Angus would conduct the well test programme with the following objectives:

Angus said the test programme would “require minimal preparation” because the well was ready for testing.

A presentation for investors, also published today, said Kimmeridge limestone layers at Balcombe were thicker than Brockham and the exploration well at Horse Hill, near Gatwick.

The only liability for PEDL 244, the company said, was for restoration of the Balcombe site, estimated at about £200,000.

Last week, A J Lucas announced it was looking to raise A$22m partly to fund horizontal drilling and hydraulic fracturing at Preston New Road. The company said Cuadrilla had incurred additional costs in drilling the first vertical well at the site because of “unforeseen weather and technical issues delaying the drilling timetable”.