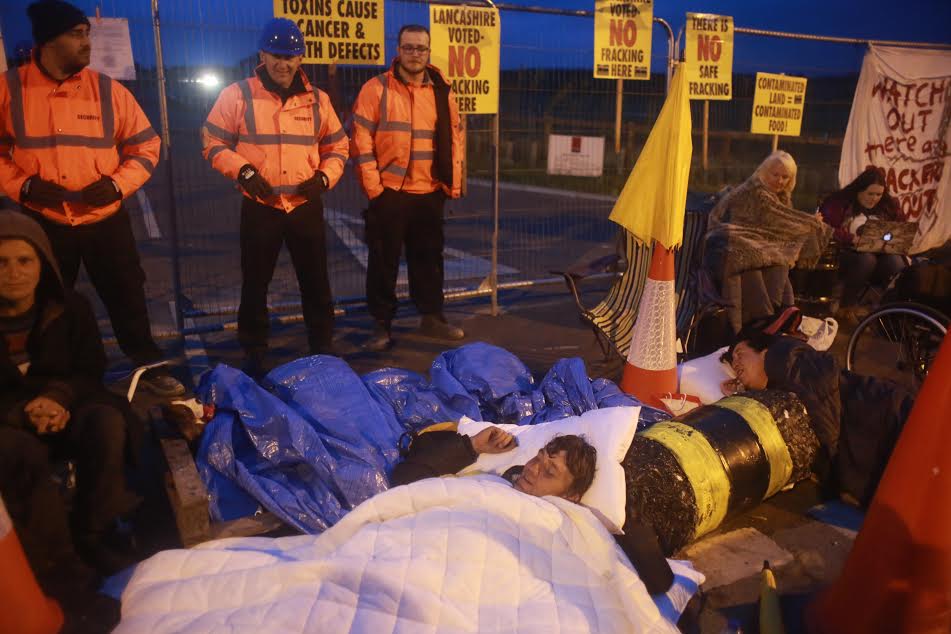 In Lancashire, the United Resistance group, launched this week, is promising three months of non-violent direct actions starting in April against Cuadrilla’s fracking plans near Blackpool.

In Yorkshire, eight public meetings are planned for next month, described by the organisers as a “wake-up call” about INEOS plans for shale gas exploration in the area.

“The situation is urgent and it is only a united and powerful resistance that will halt fracking before it’s too late – and we’re on the threshold of it being too late.”

Its plans coincide with the period in which Cuadrilla said it expected to begin fracking at its Preston New Road site near Blackpool. April also sees the start of a public inquiry into Cuadrilla’s plans to frack at a nearby site at Roseacre Wood.

“If the industry performs a ‘frack job’ then the damage is done and stopping them becomes a far greater challenge.

“Sites across the UK are making a stand with residents taking part in community meetings, rallies and non-violent direct actions; here in Lancashire, we know that Cuadrilla intends on pushing the chemicals, silica sand and vast quantities of water underground between April and July.”

The group says three months of what it calls “targeted resistance” will start on Easter Monday (2 April 2018).

“The following day, Tuesday 3rd April, when the trucks are rolling we will launch non-violent direct actions that will carry us through three incredibly important months.”

Cuadrilla has criticised the regular protests outside the Preston New Road site, which coincided with the start of operations in January 2017. In July last year, the company’s chief executive, Francis Egan, told the Green Party co-leader Jonathan Bartley:

“Wake up to INEOS”

An additional event is planned for Eckington (see Event details)

In Yorkshire, a community campaign group, Frack Free Ryedale, and the cross-party Frack Free United have organised a series of talks in eight villages about INEOS’s shale gas exploration plans in the area.

The groups said the talks were in areas where they believed INEOS was most likely to explore first. They predicted that INEOS would begin operations in PEDL licences 283, 289, 291 and 332, an area with about 40 towns and villages. 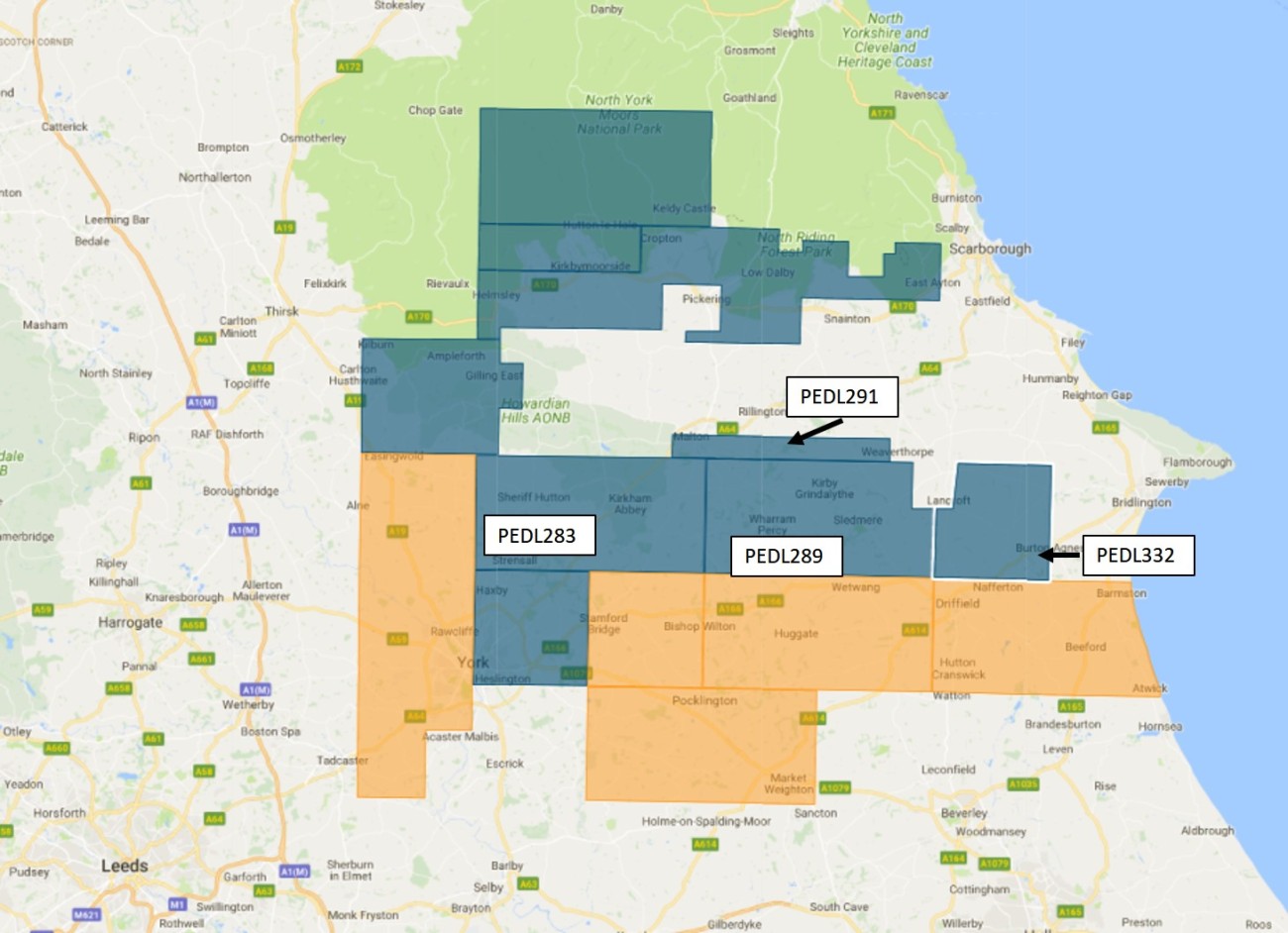 The talks are expected to cover what the campaigners say will be the likely impacts of a shale gas industry on residents and the dangers to public health and the environment.

Speakers will include local campaigners, a chartered surveyor, academics and representatives of Friends of the Earth.

INEOS has said it is looking to create about 10-12 shale gas pads in a 10km licence area, with up to 10 wells on each pad.

An INEOS video, posted on YouTube on 4 January 2018, described the impact of each pad as “surprisingly small”. Suitable sites were said to be “remarkably compact thanks to a combination of multi-well pads and horizontal drilling”. The video added:

“Once construction is complete and wells are in production they almost disappear into the landscape”.

North Yorkshire is expected to see the first high volume hydraulic fracture in the UK since 2011. Third Energy is waiting final consent from the Business Secretary, Greg Clark.

But large parts of the county and neighbouring East Yorkshire are licensed to other companies. INEOS is the operator or has a stake in 14 licences in the area.

“These meetings are designed to be a wake-up call for people who think that fracking won’t affect them. The number of PEDL licences that INEOS already hold means that, if they exploit every one, huge swathes of Ryedale will see fracking rigs spring up on the skyline.

“We want local people who haven’t looked into the dangers of fracking to come along, listen and ask questions to the experts. This is the biggest issue facing Ryedale at the moment and we hope people who are new to the subject will come to learn more about the risks fracking will bring to their local community should it be allowed to take hold. We need communities to pull together to oppose fracking before it does huge damage to our environment, lives and well-being.”

“All the focus on fracking in North Yorkshire has been on the small test frack at Kirby Misperton, but this Third Energy trial is only the tip of a very large iceberg.

“Plastics manufacturing giant INEOS is now focusing its attention onto North and East Yorkshire and is preparing to put plans into action across the PEDL areas that the company holds across Ryedale and the Yorkshire region.

“They are already approaching landowners in these areas asking to do exploratory work and seismic testing, all precursors to fracking. People need to realise that this industry will affect almost every town or village where ever they may live if the industry gets a foothold”