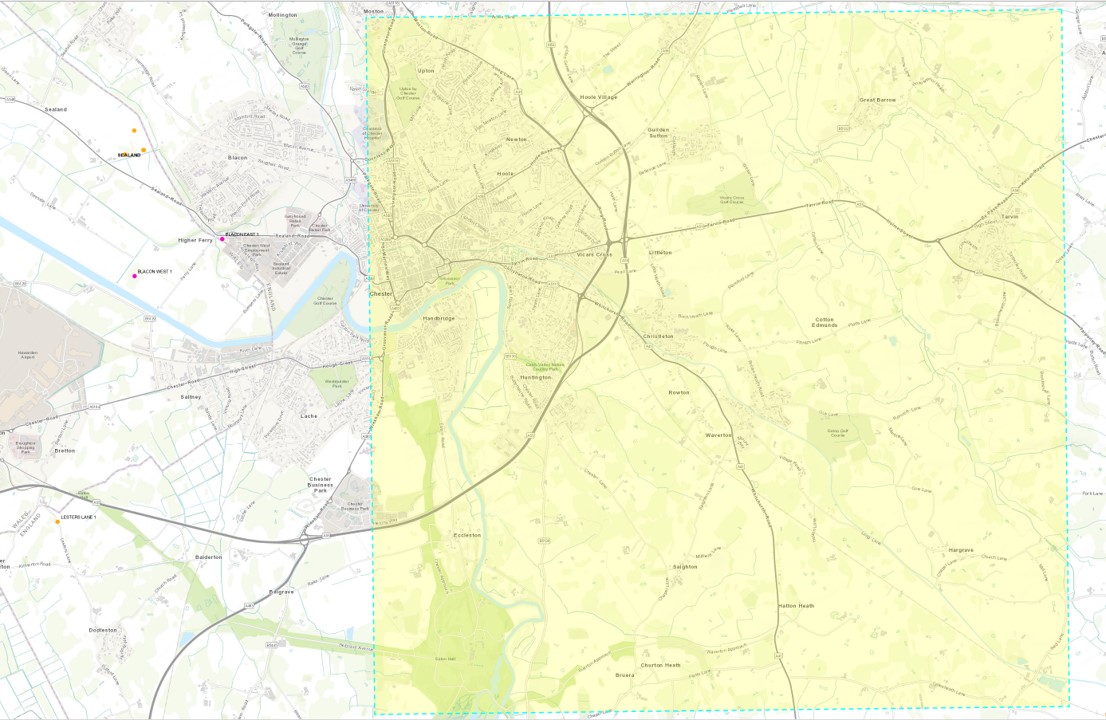 The Oil and Gas Authority (OGA) confirmed today that it had extended the time allowed for exploration in the eastern half of the city and nearby villages.

The Petroleum Exploration and Development Licence (PEDL) for the area has also been changed to require the licence-holders – Ineos Upstream and IGas – to drill one exploration well targeting the Bowland shale.

The initial exploration term of PEDL189 had been due to expire in about six weeks, at the end of June 2018. But in a response to a Freedom of Information request, the OGA said the initial term had been extended until June 30 2022.

The licence was granted in 2008 and the initial term had an original expiry date of June 2014. It has now been extended three times.

Oil and gas licences include a clause which requires the licence-holders to meet their work commitments by the expiry date of each term or forfeit the licence. Recently the initial terms of several licences have been extended without forfeit and the work commitments changed.

A previous work commitment for PEDL189 required three wells to be drilled to a depth of 3,000m and ten to a depth of 800m in any of 13 different PEDLS.

The Oil and Gas Authority refused another FOI request to release details in 2016 about the progress of this work commitment. But data from the UK Onshore Geophysical Library, analysed by DrillOrDrop, suggests that a total of just five qualifying wells have been drilled in these PEDLs since 2008.

The latest four-year extension may also indicate that the companies and the OGA are pessimistic about the length of time it might take to secure planning permission for a well site. DrillOrDrop attempted to put these questions to the OGA this afternoon but no one was available.

PEDL189 was raised in the House of Commons this week by the City of Chester MP, Chris Matheson. He asked four questions about the future of the licence.

The Energy Minister, Claire Perry, responded in similar ways to all the questions, stating that the OGA looked after oil and gas licensing, not the Department for Business, Energy and Industrial Strategy.

In response to Mr Matheson’s question about varying the terms of PEDL189, Ms Perry said:

“The responsibility for onshore oil and gas licensing, including responsibility for extending a PEDL was transferred to the independent Oil and Gas Authority in 2016. As such the OGA is responsible for handling any representations regarding licences.”

The OGA operates licences on behalf of the Government. It is a limited company with a single shareholder, the Secretary of State for Business, Energy and Industrial Strategy.

A previous extension of the exploration term of PEDL189 was the subject of a legal challenge at the High Court last year. (DrillOrDrop report)

Local campaigner, Ben Dean, who also made the FOI request, argued that the OGA had acted unlawfully in extending the initial term in 2016.

Mr Dean’s case was dismissed and he was recently refused the right to appeal. You can read about his case and the implications for licence regulation tomorrow on DrillOrDrop in the Weekend Long Read.

The initial terms of other licences granted at the same time as PELD189 and also extended, are due to expire on 30 June 2018. DrillOrDrop will report on any extensions to these PEDLs.