A pipeline linking Third Energy’s gas production sites in the Vale of Pickering appears to be in the wrong place, North Yorkshire planners have told the company.

In a letter published on the county council’s website, the head of planning, Victoria Perkin, said the pipeline could, in places, be more than 50m away from the route for which it had permission. Letter from North Yorkshire County Council to Third Energy’s agent

The apparent disparity came to light when Third Energy applied to the council to continue to use the pipeline for another 17 years.

Third Energy submitted a map showing the route of the pipeline. But when the council compared this with images of the pipeline from aerial photographs the two routes did not always correspond.

On one 2km stretch, the difference between the actual and consented route apparently varied by up to 40-50m, Ms Perkins said.

The maps below, from the council’s letter, show extracts from Third Energy’s route of the pipeline (left) and the route produced from aerial photographs (right).

“Notwithstanding the consented route, a review of the aerial photographic evidence held by the County Planning Authority would appear to show that the implemented/”as built” pipeline follows a different alignment.

“The deviation from the consented alignment, taking into account engineering tolerances, would appear to be of varying distances, as much as up to 40-50 metres from the centreline (and at certain points, an even greater distance) for an approximate 2km section of the consented route.” 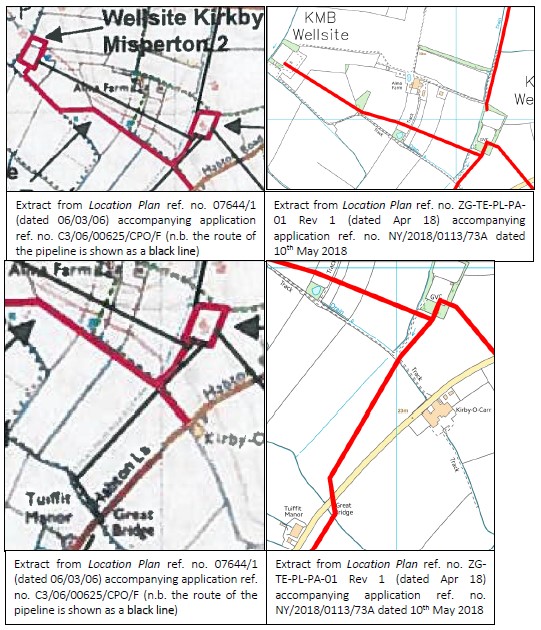 She also said the section of pipeline between Pickering and Kirby Misperton did not follow the route for which it was permitted, under a different planning application dating from 2000, which has now expired.

Third Energy is seeking to vary conditions in a previous planning permission – a quicker process than making a full application.

“A possible remedy to this situation could be submission of a full planning application to this Authority”.

DrillOrDrop asked Third Energy how the pipeline appeared to be in the wrong place. A spokesperson for Third Energy told us:

“We have submitted a number of applications to North Yorkshire County Council to align the permissions and lifespan of our gas infrastructure in the Vale of Pickering as part of our wider operations. We are working with the planning authority to validate our applications ahead of determination, during this time our operations remain unaffected.”

But a spokesperson for North Yorkshire County Council told us this morning:

“We can confirm that no formal written response on behalf of the applicant company to the letter in question has been received yet.”

Third Energy has submitted another eight applications to extend the duration of local well sites at Kirby Misperton, Pickering, Malton and Marishes until 2035.

But three of these applications were described in the council’s letter as invalid because of faults with the submitted plans.

In the applications for the Kirby Misperton 1/3 and 2 well sites, the plans did not show how the sites connect to the road, as required by planning guidance, Ms Perkins said. 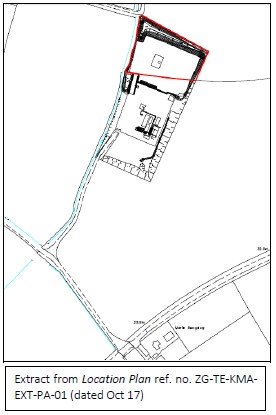 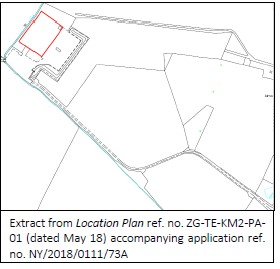 To be valid, applications need to show what is called the “red line boundary” of the site that includes all land necessary to carry out the proposed development. Ms Perkin suggested Third Energy should submit full applications for these sites.

The remaining five applications were regarded by the council as valid.

Applications not yet validated