This post has live updates from the meeting of North Lincolnshire Council’s planning committee which is discussing an application for Egdon’s Wressle oil site.

The company is seeking another year before it has to restore the site near Scunthorpe. This would allow the time for a decision on its other application for long-term oil production at Wressle.

Egdon has said site restoration, which should have been completed by April 2018, is not commercially-viable while the production application is pending.

Planning officers have recommended approval of the extra year. But opponents of the application say this goes against the ruling of a planning inspector earlier this year on when the site should be restored. It is also a breach of planning policy, they say. Background report here from DrillOrDrop

This is the third meeting in under two years that plans for Wressle have come before the council’s planning committee. Previous applications were refused. Catch up here on DrillOrDrop reports from January 2017 and July 2017, plus the November 2017 public inquiry on the site.

The application is refused unanimously. DrillOrDrop report on reaction

Cllr Grant says he will vote against because he wants Egdon to get the [production] application moving so that people know what is going to happen.

Cllr Bainbridge says the key factor is: has the company complied with local and national planning policy and the inspector’s recommendation. No it has not she says.

“If the company wanted to improve its position in north Lincolnshire it would have complied but it has not.

“I will not be supporting the application.”

Cllr Collinson says the risk of extra expense to the company does not outweigh the risk to the area.

Cllr Glover represents with the local area and is also a member of the committee.

He says the extension of planning permission would not concur with local and national planning policy.

He proposes the application be refused.

Cllr Foster says he is a former member of the planning committee, who opposed previous applications, He says he expressed his concern then about the lack of faith in the Environment Agency to protect local residents on this and other issues.

The company, their history on this site, is questionable, he says. Its intent to enhance the lives of North Lincolnshire is negligible,  he says.

“They have treated the residents with disdain. They have not helped the people in any way.”

There is nothing new being offered by Egdon, Cllr Foster says .

“There is nothing that improves the lives of people of north Lincolnshire. All it does is to help a company make more money to extract fossil fuels. Fossil fuel extraction is not sustainable.”

“My position has not changed. I think it is the wrong application. It is the wrong place. The company’s motives are questionable.”

She says she sat through the public inquiry. She says:

“It is really quite simple.

“The inquiry required the structures removed and the site restored no later than the 28 April 2018, which is three months ago.

Egdon understood the inquiry inspector’s condition, she says. It is simple.

She points to the committee to a paragraph 144 of the NPPF that requires restoration as soon as possible.

I can see no planning reason to approve the application, she says.

“It is not acceptable to come to the committee and behave like this.” 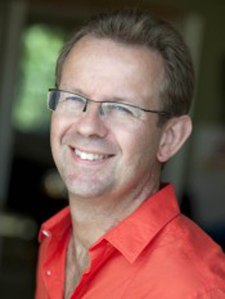 He says the application to extend time for the site was submitted before the previous permission expired.

The site has had significant investment, he says. The extension will avoid unnecessary work, he says.

He acknowledges that the extension would not comply with the National Planning Policy Framework and local planning policy. The extension is modest, he adds. There are no operations that would be undertaken, apart from ongoing monitoring and security. It would be only care and maintenance until the application for production is decided.

Broughton Town Council had objected because the inquiry extended the site’s life only until April 2018, Mr Foster. He says the new production application could not be submitted in that time because it needed to prepare new documents.

The new NPPF, issued since the committee report, includes new advice for planning authorities on onshore oil and gas. They should facilitate oil extraction and exploration.

The NPPF requires restoration as soon as possible. But there are other considerations, Mr Foster says. There are no adverse impacts on the surroundings or living conditions on local residents, Mr Foster says. The extension would avoid abortive work. Egdon, as an responsible operator, wants to regularise the planning permission, he says. 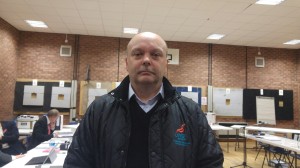 Mr Foster, the British Steel works convenor in Scunthorpe, says he is speaking with the support of local convenors for Unite and the GMB unions.

He says he has seen no evidence that the proposal will protect the British Steel boreholes. If these were contaminated the site would be shut down.

The planning inspector’s instruction was very clear. The company should restore the site by the end of April. This has not started. They have no intention of doing this. This application is a delaying tactic, he says.

Ms Dale, who lives locally and was brought up at Wressle.

She tells the committee Egdon said it did not plan to frack. But she says she was angry to hear that the company planned to acid frack.

She says there have been a catalogue of errors in the applications. The latest was the objection date advertised in Broughton, which was incorrect, she says.

If we allow the extension we are paving the way to the new application. It starts with one well, she says. This will not be enough. There will be wells across north Lincolnshire.

The Axholme Way will go past the site. This operation is not in keeping with our area anymore. This company is not very competent, she says. The planning inspector identified how the liner and stone were not adequate or appropriate.

“I have no faith in this company to do this safely. Please think about the legacy we are leaving to our grand children.”

“I thank your planning officer for drawing your attention to NPPF paragraph 93 and policy CS18, both of which ask you to consider the climate change impacts of your decisions, but I respectfully take issue with his assertion that my objection on climate change grounds concerns only the application for hydrocarbon production.  It does not, it clearly refers to this application.”

“Africa’s hottest ever recorded temperature, 51.3 degrees, was registered in Algeria on 5 July.

And all this is with the global warming of “only” 1 degree that our uncontrolled burning of fossil fuels has already caused.”

Scientists keep on telling us we should constrain this increasing likelihood  of extreme weather events by restricting greenhouse gas emissions as sharply as possible.

“The remaining carbon budget for achieving the 1.5 degree target set by the Paris Climate Agreement will be used up just by burning what’s in the currently operating oil and gas wells alone, even if we stop burning coal altogether.

“We are currently on track to exceed 3 degrees of warming, which will be catastrophic.  Against this background, Egdon must not be allowed to retain their Wressle-1 wellsite with the intention of using it to extract even more climate-wrecking oil and gas.”

Mr McLeod says: “Divestment is one powerful way to hasten the transition to clean energy; refusing permission for new oil and gas extraction is another.  I applaud your steadfast opposition to this damaging and unnecessary development and I urge you once again to stand firm: please refuse this application and immediately enforce compliance with the site restoration conditions.”

Mrs Turner tells the committee it should oppose the application.

She says she visited the site during the previous inquiry. She said the site bund and membrane had been “shredded” by rabbits.

Ms Williams said the application would open the site to acid fracking.

“The people of North Lincolnshire – through their elected representatives (January 2017) voted NO and that the site must be fully restored and exited by the end of April 2017. This was breached while a revised plan was submitted.

The people of North Lincolnshire – through their elected representatives – voted NO again (in July last year) Which this time went to Appeal. And the Planning Inspector ruled NO to long-term production, she says.

Ms Williams says this is now in breach and yet another, third, revised long-term production is looming over us.

So, we are stuck in a permanent scenario of permission creep with each breach being overlapped by another revised planning application. The latest of which included the wrong site map for an entirely different geographical location.

Ms Williams quoted one of the nearest residents to the site, Jim Mallam. He says:

“In addition to my objections earlier this year against the proposal by Egdon Resources to extract oil and gas from Wressle well by the unproven and untried proppant squeeze system, I find it extremely hard to understand that a supposedly professional transparent company who operate within the law, have taken upon itself to show complete and utter contempt and disregard to the authority of North Lincs Council, North Lincs Planning Committee and indeed the residents of North Lincolnshire in general.

“Egdon Resources were lawfully instructed to remove all equipment from the Wressle site by 28th April 2018 and return it agricultural conditions but chose not to comply.

“The fact that Egdon Resources deliberately refused to comply with this lawful instruction, demonstrates the management of this company have no respect for, or indeed have no intention of accepting the authority, instructions or guide lines from North Lincs Council or indeed of any other authority as they feel they have the right to do as they see fit.

“North Lincs Council and Planning are fully aware that this is the first step towards the exploitation of North Lincolnshire by Egdon Resources and the only thing Egdon will bring to the table is pollution and destruction of our environment.

“If this application was to be approved, everyone knows this will be just the foot in the door and North Lincs will be bombarded with applications for additional drill sites for this form of fracking for conventional oil reserves.”

“Please can you observe your duty of care to the people of North Lincolnshire – [and indeed the entire planet] – become local and national heroes again Refuse the plan outright and insist that Applicant fully restores the site and leave us all to get on with our lives?”

2.24pm: Change of use of home to care home in Scunthorpe – refused