Europa Oil & Gas has spent the past decade trying to establish an oil exploration site at Bury Hill Wood, near the Leith Hill beauty spot.

The site is in the Surrey Hills Area of Outstanding Natural Beauty and the Green Belt, on a historic lane that in places is narrow, sunken, steep and winding.

In a campaign that has cost thousands of pounds, opponents argued that a more inappropriate place would be hard to find.

Last week, it was the risk of damage to nearby ancient woodland that blocked the scheme when the Environment Secretary, Michael Gove, decided not to renew Europa’s lease on Forestry Commission land. (DrillOrDrop report)

So what have been the costs to the company, the community and decision-makers? And what does the “battle for Leith Hill” say about the balance of power and trust in the planning system?

In the years since the first application for exploratory drilling in 2008, the company has had to pay for planning, legal and security advice.

Europa has submitted multiple planning applications. It fought two public inquiries and two court cases, at which it employed a QC and a junior, backed by a firm of solicitors.

The company secured two High Court injunctions against protests in 2017 and returned to the High Court last week seeking another extension. The company also successfully evicted protesters from the exploration site at an estimated cost of more than £300,000. Since then, security guards have been employed round the clock. A High Court witness statement said security at Leith Hill in 2017 cost more than £1m. 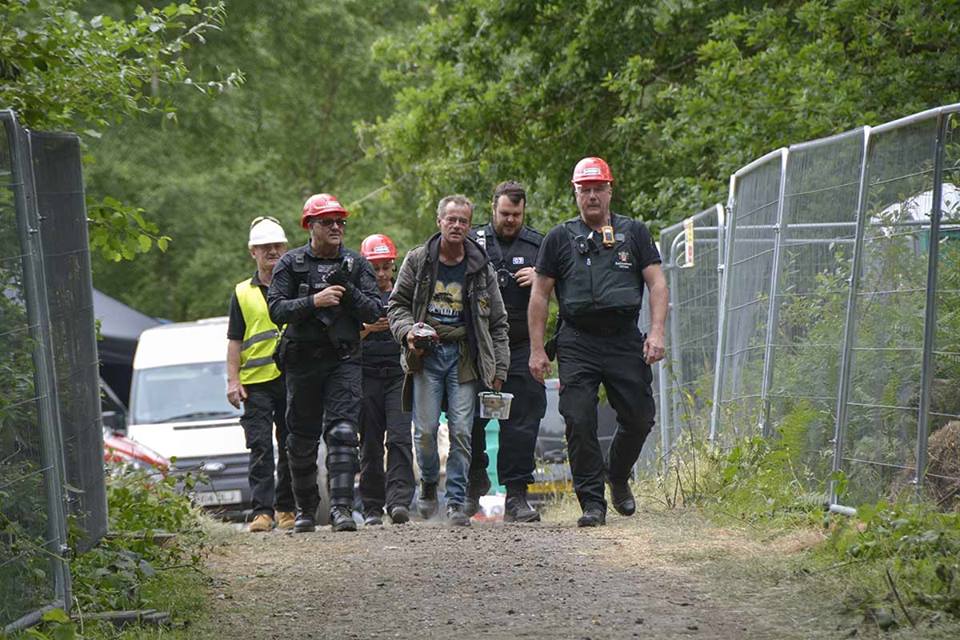 DrillOrDrop asked for an interview with Mr Mackay. The company’s public relations company did not respond to our request.

On the other side of the argument, the campaign group, Leith Hill Action Group, which fought Europa’s plans from the beginning, estimated it has spent £100,000-£120,000.

“Fundraising has always been one of the big challenges for us.

“That’s a lot of money which you have to organise from a lot of different sources.

“It creates a tremendous sense of responsibility to the people who have been donating funds. We’ve always taken that responsibility incredibly seriously. Every setback has for us been a setback in which we felt that in some way we are letting down the people that have put their trust in us. But on the other hand, every victory has felt like it is a victory for all those people that have been putting their trust in us.”

Other campaigners have also raised money to fight the proposals and employ consultants. In 2018, a 38 degrees petition, which attracted more than 103,000 signatures, funded a review of Europa’s application for an environmental permit.

Surrey County Council also had to find money for a barrister at the two public inquiries, which each lasted seven days. DrillorDrop asked the council for an interview but did not get a response.

Hard work: “It has taken over our lives”

Europa has submitted a total of 19 planning applications for Bury Hill Wood, including its proposals to meet planning conditions. Analysis of these applications shows they have been accompanied by more than 700 documents. 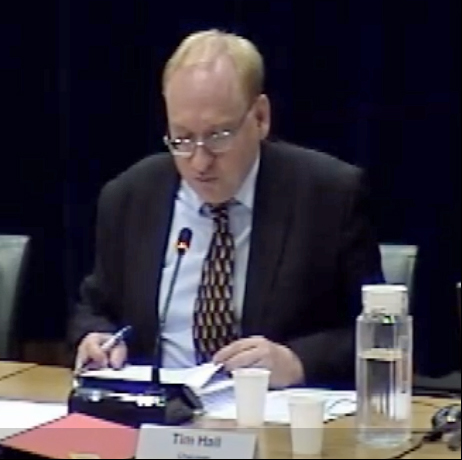 The different parts of the scheme have been discussed at eight separate meetings of Surrey County Council’s planning committee.

The proposals have also been on the agendas of meetings of Mole Valley District Council and Capel Parish Council.

The first report on the development by county council planning officers in 2011 ran to 127 Pages. Since then, council officers have written multiple reports and decision notices.

The council defended the two public inquiries. It also faced a judicial review in 2018 over a decision to approve Europa’s plans for security fencing, welfare accommodation and extra equipment. It did not contest the challenge and withdrew the approval, only to grant it six months later.

Another regulator, the Environment Agency, spent 15 months, from April 2017-July 2018, assessing an application by Europa for an environmental permit for the site.

For leading members of Leith Hill Action Group (LHAG), the campaign against Europa has become a major part of their lives.

“It was an enormous amount of work.

“In all that time, the committee has never really been more than six or seven people at anyone time.

“It has taken over our lives.

“One of the committee members retired so that he could work on this almost full time for many periods of time. For those of us who are still working, it is our weekends, our evenings, having to take time off in order to attend the public inquiry. My wife and I had to use our annual leave, for instance, in order to be able to do that.”

The group is now on its 62nd newsletter to supporters. There have been “endless planning meetings”, as well as meetings with Europa, the parish and district councils and county council officers. In intensive times, the LHAG committee was meeting twice a week. Meetings alone were estimated to have taken months of time.

The group also did the preparation work for the inquiries and court challenges. Mr Nolan said:

“We paid for a barrister who has been fantastic and really supportive all the way through and charged us rates which are really at the rock bottom of what he could reasonably charge.

“But barristers require a lot of support, normally from a big team of solicitors.

“We had to do all of the work that solicitors would normally do: going through the legal cases, the legislation, finding relevant details to help support the barrister and we had to do all of that. We had to educate ourselves in planning law and law surrounding oil drilling specifically.”

Charlotte Nolan, a member of the LHAG committee, said:

“At times you would love to give up and think I don’t want to do this anymore. I don’t want this to take over my life. But you are in too deep at that point. It is definitely hard but we just knew we could never stop.”

The other campaign group, A Voice for Leith Hill, has organised petitions, leafleting, and events, as well as making presentations to councils and politicians.

At the Bury Hill Wood site itself, opponents established a protection camp between October 2016 and July 2017. After the eviction, they created a camp on the other side of the road.

Faith in the system: “We are left utterly disillusioned”

As the work now appears to be over, how do campaigners view the decision-making process?

“It is fair to say we are left utterly disillusioned with the planning system.”

The campaigners argued ‘yes’ to both. Council officers disagreed. The elected councillors, at many times, backed the campaigners.

“At every single stage in this planning process, the planning officers have always unambiguously come down in favour of allowing all of this development. They have never written a single report which indicates any problem with any of it.

“The whole system assumes that the council is one monolithic block and if they turned it down they must be universally against it.

“The council members were turning things down but the same council officers, who recommended it should go ahead, were then being asked to organise a defence against their own decision-making.

“Where is there personal incentive to do that job well when they are being asked to form a defence to support statements like ‘this is major development in an AONB and it mustn’t be allowed’ when they themselves had said it was not major development?”

Campaigners have also expressed frustration at what they saw as the lack of precision in definitions and an apparent reluctance to make formal requirements on Europa. “To take them at their word, that when they get on site they will do it properly is not good enough. It needs to be written down,” Mr Nolan said.

Charlotte and Patrick Nolan also criticised the planning system’s apparent inability to add sanctions that could be used if Europa failed to meet any conditions. Mr Nolan said:

“The local authority has total and full responsibility for enforcement of conditions. If Surrey County Council decided not to enforce them that is an absolute legal right. There is nothing the public can do at that point, other than write to the local authority to say this is happening it is not supposed to be allowed.”

A key part of Europa’s case was that it would complete all the work on site, from construction to drilling, testing and restoration, within 18 weeks.

“If they had got to 18 weeks and not done all the work and Surrey County Council were to say ‘it is better that you finish now and you take the time you need’, there is nothing anyone can do about it.

“That is why we felt it was go important that things were tied up in advance the best we could because the power imbalance is astronomical.

“That put a lot of pressure on us upfront to make sure that each and every case had some measurable process in place. But anything we attempted to do to put it in the conditions that there would be consequences for any failure is met by the planning process was saying ‘you can’t do that’.”

The exploration partners in the Bury Hill Wood project have acknowledged the problems with the site.

One of them, Stephen Sanderson, executive chairman of UKOG, described it as “less than ideal”.

Europa told shareholders last week it would look for alternative sites to drill the area, which it calls the Holmwood prospect.

LHAG and A Voice for Leith Hill have said they will remain vigilant and continue to campaign against oil operations in the AONB.

But they question whether there are other suitable sites after the company told a planning inspector there were no alternatives. Mr Nolan said:

In the meantime, opponents see last week’s news as evidence that campaigning is effective. The Green Party MEP for the region, Keith Taylor, said:

“Don’t let anybody ever tell you protests don’t achieve anything. They do. Residents and campaigners have been fighting drilling plans at Leith Hill for almost a decade; they have frustrated Europa every step of the way. It is just the latest example of the power of organised and peaceful resistance.”

Charlotte Nolan described it as “a story of hope”.

“as much as you might want to at times don’t give up because there is always light at the end of the tunnel.”

“Don’t give up on any point either. Fight each and every point that is in front of you. No matter how much it seems tempting to let something go that thing you let go might later be the thing which comes back to bite you and you have to not let them get away with anything.”