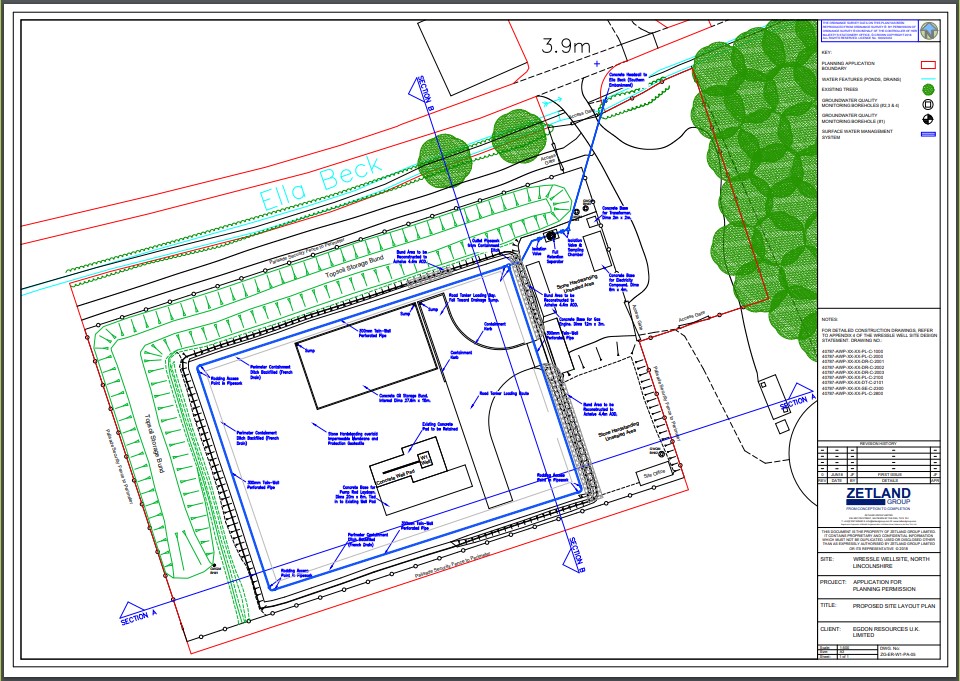 Planning officers have for the third time recommended approval of proposals by Egdon Resources for 15 years of oil production at its site at Wressle near Scunthorpe.

The scheme will be discussed at a meeting of North Lincolnshire Council’s planning committee next week (28 November 2018).

At two previous meetings last year, councillors voted against the officers’ advice and refused consent for similar schemes. On both occasions, councillors said there was insufficient information to allay concerns about water contamination.

The inspector at a public inquiry in November 2017 also refused planning permission, dismissing a series of appeals by Egdon. He said the company had failed to demonstrate there would not be unacceptable adverse impacts to groundwater and streams. He was particularly concerned that there had been no ground investigation report and there was no evidence that the liner and stone layer covering the site provided adequate protection.

In an 86-page report, published today, planners said the latest proposal should be approved subject to 21 conditions.

Despite more than 80 objections, the planners said the scheme would not harm residential amenity, highway safety, ecology, archaeology, water resources or flooding. They also said it would contribute to energy security and would help provide a mix of energy sources during the transition to a low carbon economy.

“there are no material adverse impacts of the development that would significantly and demonstrably outweigh benefits”.

The 1.85ha site is between Wressle and Broughton and was originally granted planning permission in 2013. The nearest homes are 530m away and the site is 700m from Broughton Far Wood site of special scientific interest. 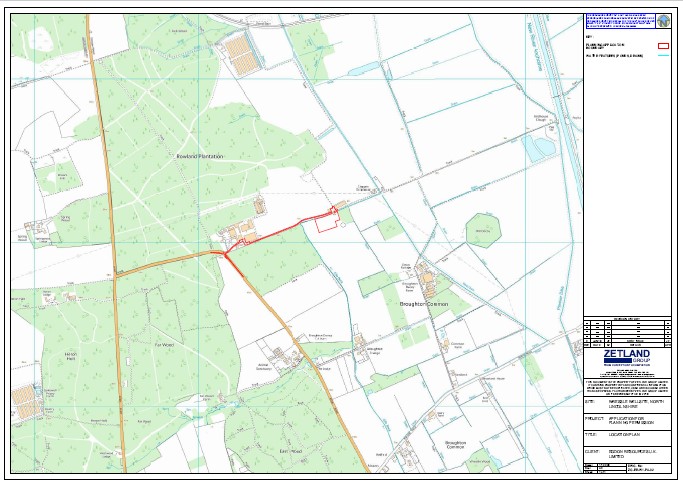 The scheme to be discussed next week proposes to:

Egdon has said its scheme is for “conventional” oil and gas production and is not a fracking application.

Opponents of the application have said the use of proppant squeeze means the proposal should be considered “unconventional” and a form of fracking.

Planning officers said in their report that proppant squeeze should not be confused with high volume hydraulic fracturing.

Changes to the application 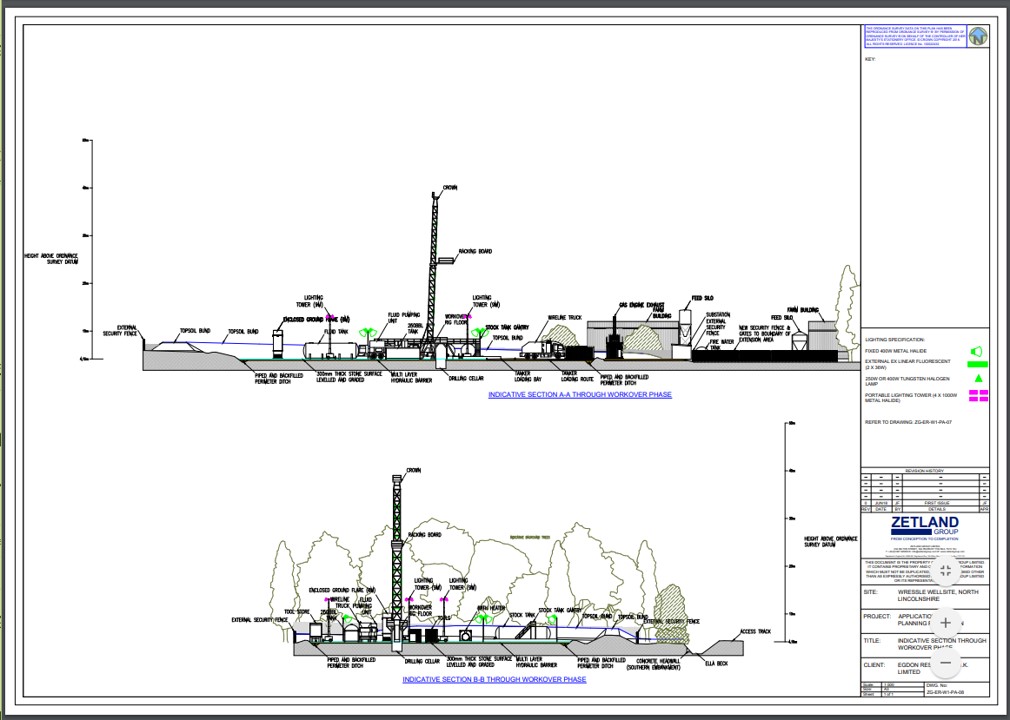 According to the planning officers’ report, Egdon had provided updated and revised technical reports and drawings.

The council’s advisers, JBA Consulting, concluded that the new documents appear to have addressed the main weaknesses identified by the inquiry inspector. The new application includes:

According to the officers’ report, Broughton Town Council had strongly objected to the proposal. There were also 80 letters of objection.

The reasons for objection included:

The planners said there was no objection or no response from the council’s highways, environment, environmental health, public rights of way and archaeology teams. Natural England had said it was satisfied that the proposal would not have a significant impact on Broughton Far Wood SSSI if the proposed flare input was below 20MW. Appleby Parish Council said it had insuffient technical knowledge to comment

The planners said they had received 14 letters in support of the application. The reasons included:

What the planners said on key issues 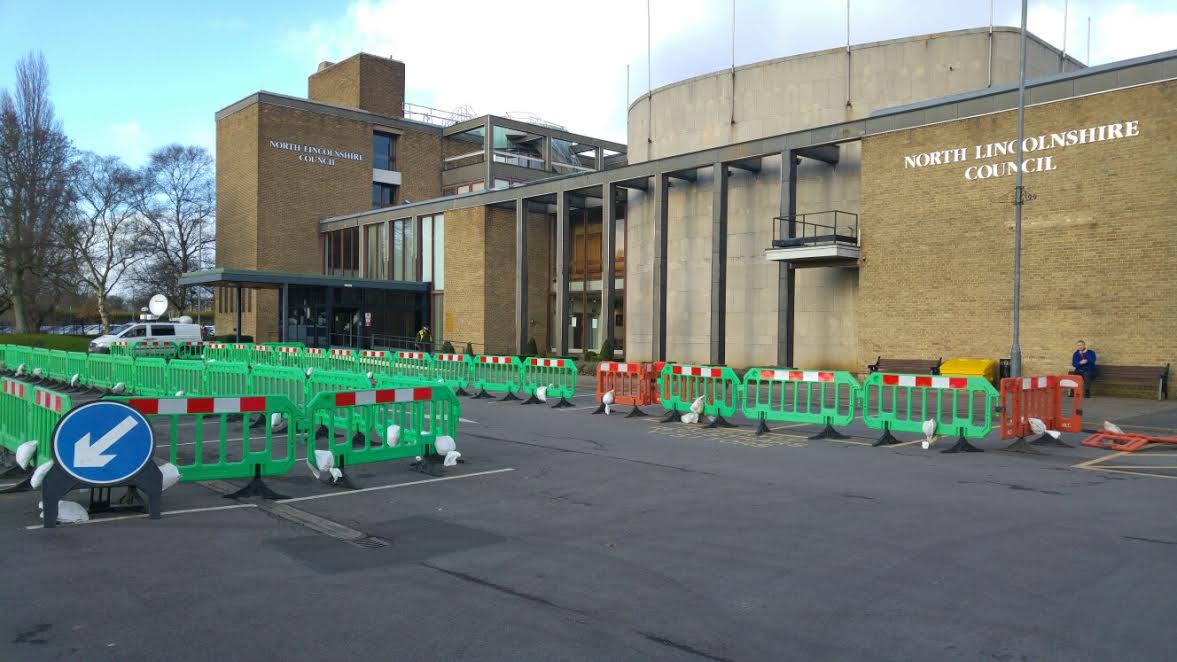 Principle: The proposal complies with development plan policy and is acceptable in principle.

Landscape: Impacts from the drill rig and lighting would be temporary and were described as “negligible significance”.

Hydrology/hydrogeology: “It is considered that the risks of an adverse impact upon groundwater is very low and that there would be appropriate measures in place to ensure the protection of ground and surface water and nearby watercourses.”

Ecology: “The proposed development is unlikely to have any adverse impact on protected or notable species or habitats.”

Heritage: The risk of adverse impacts on local heritage is “very low”.

Highways: “It is considered that that the impacts of the vehicle movements associated with the proposed development are limited in their duration and extent”.

Lighting: Very low risk of adverse impact from external and artificial lighting and impacts would be controlled by suggested conditions.

Waste: “the proposed development poses no unacceptable risk with regard to the production, storage and/or disposal of waste”.

Seismicity: The inquiry inspector concluded that there was not an unacceptable risk of harm and nothing has changed.

Climate change: Fossil fuels have a role to play in providing for UK energy needs during transition to a low carbon economy.

The officers proposed 21 conditions. These included:

The planning committee is due to meet at 2pm, on Wednesday 28 November 2018, at the Council Chamber, Civic Centre, Ashby Road, Scunthorpe, North Lincolnshire DN16 1AB.

DrillOrDrop will be reporting live from the meeting. 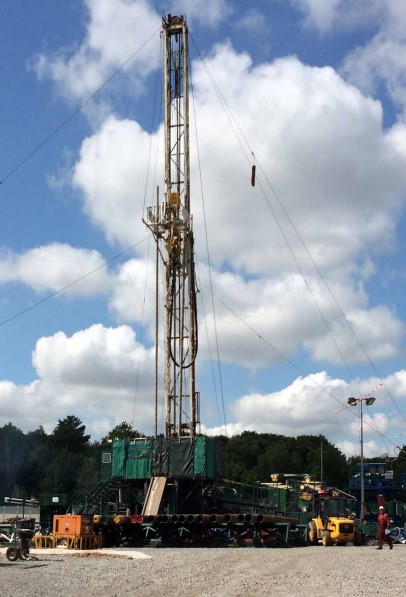 Councillors vote by 6-3 against proposals Details

Councillors vote by 10-7 against Details