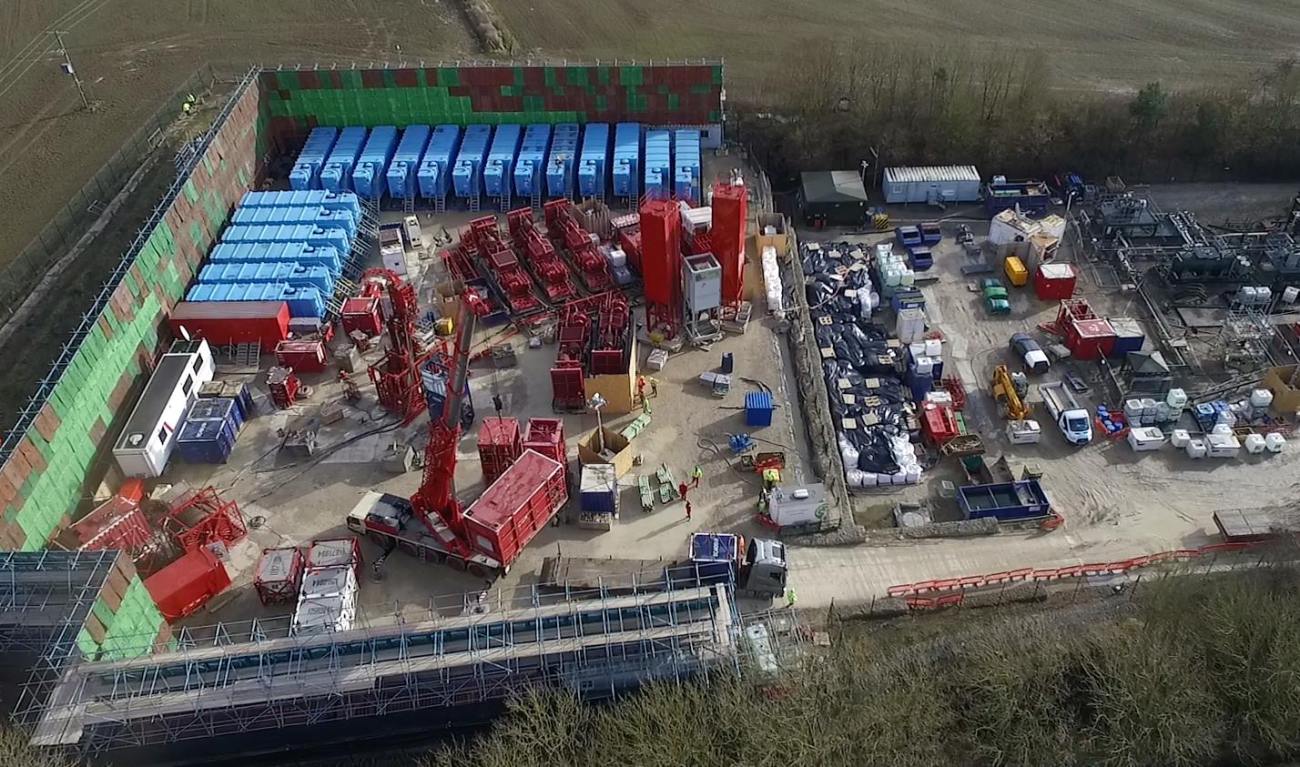 A North Yorkshire resident is turning to the law to get answers about the proposed sale of the troubled would-be fracking company, Third Energy.

Eddie Thornton lives near Kirby Misperton, the site where Third Energy is still waiting for final consent to frack for gas. He has instructed a solicitor to ask questions of the industry regulator, the Oil & Gas Authority, which must approve the sale.

Under the deal, announced in April 2019, the entire share capital of Third Energy Onshore Limited would go to York Energy. This is a company founded two months earlier with links to the Cayman Islands and an affiliate of the US firm, Alpha Energy.

Mr Thornton, an opponent of fracking, is concerned about what would happen if the company that became responsible for Kirby Misperton and other local sites went bust and could not fund future decommissioning costs.

Third Energy’s most recent accounts revealed liabilities of £63.9m and the company appears to have failed a financial resilience test required before it could frack.

“Third Energy never got to frack in our community because they didn’t pass a financial resilience test.

“Now it looks like they’re selling up to a mysterious Cayman Islands company no-one seems to knows anything about.

“I’ve instructed solicitors to write to the Oil & Gas Authority demanding that the government carry out a rigorous financial assessment of Alpha Energy before they permit the takeover.

“We need to know that if Alpha Energy fails, it’s not going to be the taxpayer that foots the clean-up bill.”

The letter sent on 5 July 2019 asks the OGA to answer a series of questions. These include:

Third Energy got planning permission to frack its KM8 gas well in Kirby Misperton in 2016. Equipment rolled onto the site from September 2017 and by January 2018 Kirby Misperton looked set to see the first high volume hydraulic fracture in the UK since 2011.

But the company was still waiting for final permission, the hydraulic fracturing consent, required under the 1998 Petroleum Act, from the Department of Business, Energy and Industrial Strategy (BEIS).

At that point, publication of the company’s accounts was overdue by nearly four months.

On 25 January, the business secretary, Greg Clark, ordered a test of the financial resilience of all companies proposing to carry out hydraulic fracturing. He said this was to give stakeholders confidence “in a company’s ability to meet its commitments”.

“I have therefore asked the Oil and Gas Authority to seek further financial information from the company, including the required set of up-to-date accounts, to inform my decision.

“I have also asked the Infrastructure and Projects Authority to assess the financial resilience of the applicant, including its ability to fund decommissioning costs. Once I have received this assessment, I will inform the Oil & Gas Authority whether I am satisfied with the application as required by the 1998 Act.”

On 6 February 2018, DrillOrDrop reported that Third Energy had begun to remove equipment off the KM8 site. The company said there would be “a further period before we can expect final consent from the Government to proceed with our operations.”

Since then, there has been no news about fracking or consent at KM8. 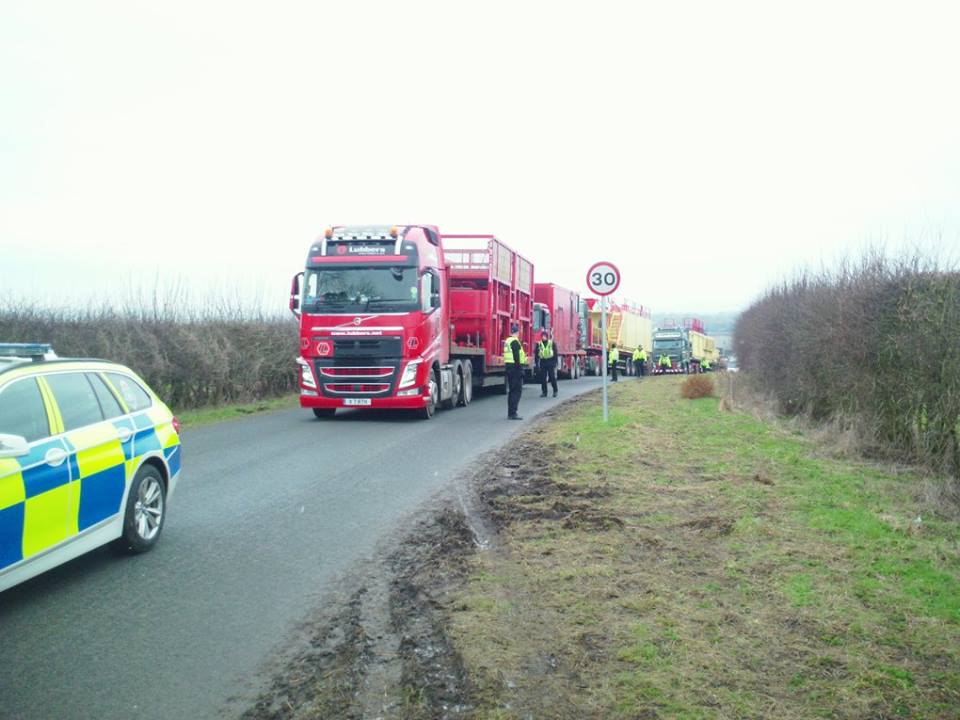 It appears that the financial status of Third Energy did not satisfy the business secretary and BEIS. The current owner, Barclays Bank plc, could have been asked, under OGA Financial Guidance, to provide a decommissioning bond. But a bond does not appear to have been paid.

In February 2018, the MP, Caroline Lucas, asked the business secretary what financial benchmarks would be used in the Third Energy financial resilience test. The minister replied

“the process is still ongoing. The Department will respond further, as appropriate, in due course.”

It was a campaigner’s freedom of information request that revealed the most detailed response, in July 2018.

This disclosed that the financial resilience analysis would involve “a detailed quantitative and qualitative evaluation”. It included:

So far, there has been no public statement on the outcome of the tests. Are communities living near Third Energy sites to assume that no final consent has been issued and that Barclays refused to guarantee decommissioning costs?

In February 2019, it emerged that Third Energy had committed to drill three wells and frack four in its North Yorkshire licence areas in the next four years.

The work, revealed in response to a parliamentary question by the shadow business secretary, Rebecca Long Bailey, represented potentially millions of pounds of additional liability for decommissioning.

In March 2019, Ms Long Bailey asked whether a guarantor was needed for this work. The then energy minister, Claire Perry, said the new commitments did not represent any additional risk. The operations had already been appropriately assessed already or would be at an appropriate point, she said.

All these questions matter because there is growing concern about what happens if fracking companies go bust and cannot pay for decommissioning. So far, there are no clear answers.

Who pays to clean up fracking?

Most onshore hydrocarbon operators are relatively small companies whose accounts carry the liability and cost of decommissioning as an asset on their balance sheet. They assume that decommissioning costs will be paid from production revenue.

But isn’t it time for a new approach? Shouldn’t the OGA require funds for decommissioning to be held in a bond before work starts, rather than gamble on money not yet raised?

It seems the regulators have been trying to catch up with public and political scrutiny.

In August 2018, the OGA issued new Financial Guidance, which included a provision for the regulator to assess the financial capacity and viability of a licensee and to seek a guarantor. This was intended to ensure funds were available for abandonment of installations and to decommission the well and associated infrastructure.

But there’s still appears to be uncertainty in government about who picks up the tab if companies go bust.

A ministerial reply to a question by the Conservative MP Lee Rowley said would-be fracking companies could be required to meet conditions that would “provide assurance” that decommissioning costs would be met.

But another parliamentary answer to the Green Party’s Baroness Jenny Jones indicated that landowners could ultimately be liable if the company went out of business. Alex Chisholm, the permanent secretary at BEIS, told the Public Accounts Committee something similar in April 2019: “Ultimately, I think the landowner has responsibility.”

Extract from Section 20, paragraph 13 of the 14th Round Model Clauses

Ben Dean, in an article for DrillOrDrop, suggested, however, that the regulations could put the liability on you and me.

Section 20, paragraph 13, of the 14th round Model Clauses states that the minister becomes the owner of casings and fixtures forming part of a well left in position when rights over a licence expire.

He argued that this suggests the public will be responsible for clean-up costs if an operator becomes insolvent.

What do we know?

Three weeks after the announcement of the Third Energy sale, Rebecca Long Bailey asked the business secretary if it had been approved.

The energy minister’s reply was evasive:

“The potential sale of Third Energy to York Energy (UK) Holdings Ltd is a commercial agreement between the relevant parties. Therefore, it would not be appropriate for Government to comment.”

The solicitor’s letter, sent on behalf of Eddie Thornton, requires a response from the OGA on the progress of the sale by 26 July 2019. By then, we could expect one of the following outcomes:

If this happens, North Yorkshire residents would be confident that there were sufficient decommissioning funds only if the OGA opened the records on the deal. Information on the financial viability and financial capacity of York Energy must be provided. The OGA must confirm that guarantees and bonds have been agreed and give details of the sums involved.

If this happens Barclays could, via its investment company Northwharf Investments Ltd, continue to fund Third Energy.

Or Barclays could decide it was tired of being associated with a fracking company and activate its much- stated aim of divesting its assets. But if Barclays liquidated Third Energy, who would fund the decommissioning costs of the wells, pads, pipelines and Knapton Power Station?

If the OGA blocks the sale, the £64 million question seems to be one for Barclays Bank.

Is this what the group chairman, John McFarlane, would call the “appropriate time” to divest its non-core assets and shed liability for Third Energy, along with the damage to its corporate image that fossil fuels now carry? And if it did, would Barclays leave the cost of decommissioning to the taxpayer?

Updated 9 July 2019: Third Energy announced the completion of the sale of its onshore business to Alpha Energy 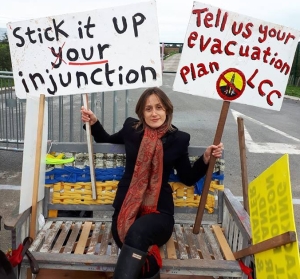 Helen Chuntso was part of a legal action at the High Court in 2018 to try to prevent fracking at Cuadrilla’s Preston New Road site near Blackpool.

DrillOrDrop always welcomes ideas about guest posts. If you have a suggestion, please get in touch.