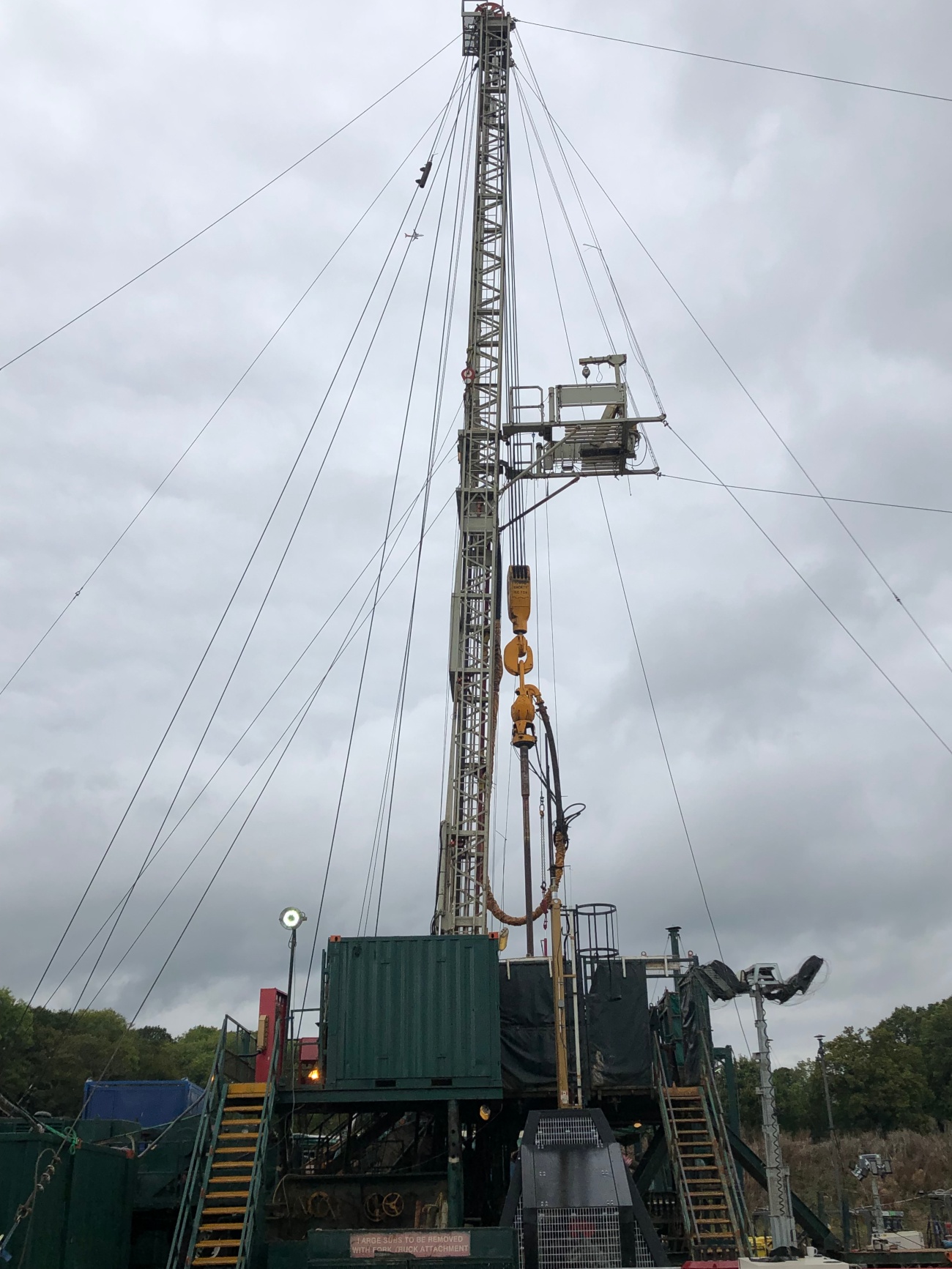 In a statement to investors this morning, the company said a well designed to produce oil from the Portland formation was spudded yesterday morning (29 September 2019).

The drilling operation comprises a vertical pilot hole, to be called HH-2.

A side-track well, HH-2z, would then be drilled horizontally, UKOG said. The side-track would have a total length of 5,800ft, of which 3,200ft were within the Portland formation’s most productive zone, the company said.

The pilot well would collect geological data to ensure the horizontal well was positioned within the Portland formation, UKOG said.

The statement said the HH-2z well was “expected to be put into long term production by the end of 2019”.

Earlier this month, local campaigners questioned whether the Horse Hill site had planning permission for both HH-2 and HH-2z. DrillOrDrop report

UKOG also has planning permission to drill a horizontal sidetrack well off the HH-1 well into the Kimmeridge. Another four production wells, approved earlier this month, may be subject to a legal challenge by local opponents.

“The spud of HH-2/2z is another UKOG landmark milestone and a key enabler towards establishing long term oil production at Horse Hill.”

“We are confident that the meticulously planned HH-2/2z operation, the first of two planned horizontal wells in the Portland oil pool, leaves little to chance.

“We look forward to a safe and successful drilling campaign and to the realistic prospect of HH-2/2z delivering a significant increase in UKOG’s net oil production and associated revenues before the end of 2019.”