Last month, the company gave notice of the start of activities at the West Newton-B site.

It was required by a condition of its planning permission to notify the council at least 14 days before activities began.

CONFIRMATION:
Works have now commenced, putting in the access road to WNB… pic.twitter.com/45zTr3tWnA

Pictures on Twitter indicate that work has now started. The company declined to respond today to DrillOrDrop’s questions about activity on the site.

But, based on the company’s plans, the first phase of work would be construction of a 1.5km access road and the site compound on what is currently farm land. 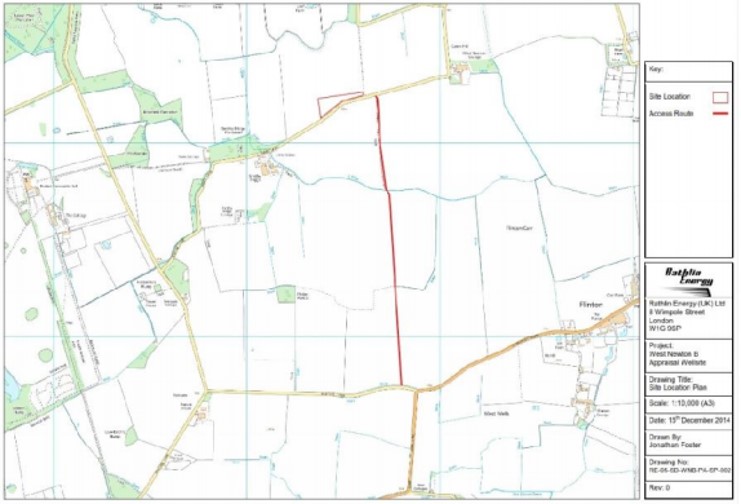 An estimated 31m of hedgerows and young trees would be removed for the development. The company was required to plant a 200m section of hedgerow along the southern boundary of the wellsite and plant two replacements for every tree that was lost.

Rathlin was granted planning permission in June 2015 for up to two appraisal wells at West Newton-B. The first well, to be called West Newton B-1, would be drilled to about 2,100m, the application said.

Under a condition of the permission, work must begin within five years. Until now, the only activity has been some archaeological survey trenches.

East Riding of Yorkshire Council issued closure orders earlier this year for three roads around the site until July 2021.