Regulators have confirmed that 20 licences awarded in 2016 to explore for shale gas had been granted extensions to the time allowed for seismic testing and exploratory drilling.

Data disclosed in response to a Freedom of Information request by DrillOrDrop shows that the fracking company, Cuadrilla, along with IGas, South Western Energy Limited and UK Oil & Gas plc got time extensions to all their newest licences.

Two-thirds of the licence extensions were in northern England and the East Midlands. The rest were in Somerset and southern England.

The data is another indicator of the slow development of shale gas in the UK. Even before the current moratorium on fracking, imposed in November 2019, no shale gas sites had been developed in the newest licence areas. 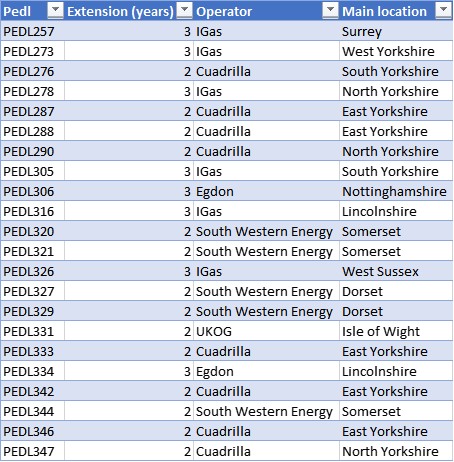 14th round licences granted extensions to their exploration term by the OGA. Source: OGA

There are currently 77 licences, known as Petroleum Exploration and Development Licences or PEDLs, awarded under the 14th round, four years ago. Of these, the main target of 59 was described by the OGA as shale gas.

Under the terms of the PEDL, operating companies committed to carry out work, such as drilling or testing, by the end of the initial or exploration term.

This deadline was originally set for 20 July 2021.

But the Oil & Gas Authority (OGA), which regulates licences, disclosed that this date has been extended for 22 PEDLs in 11 counties of England.

All but two of these PEDLs were granted to explore and produce shale gas.

14 PEDLs had a two-year extension until 2023. These were held by either Cuadrilla, South Western Energy Limited and UK Oil & Gas plc (UKOG).

Another eight PEDLs, held by IGas and Egdon Resources, were granted three-year extensions to 2024.

Cuadrilla’s eight PEDLs granted in the 14th round were all for shale gas exploration and in North, East or South Yorkshire. The company had committed to drill a total of nine wells and frack one of them by the end of the exploration term. Cuadrilla has made no planning applications for sites in any of its 14th round PEDLs.

Last year, correspondence seen by the FT revealed that Cuadrilla had asked the OGA to extend the terms of its fracking licences in England by “whatever time period the recently announced moratorium lasts”. 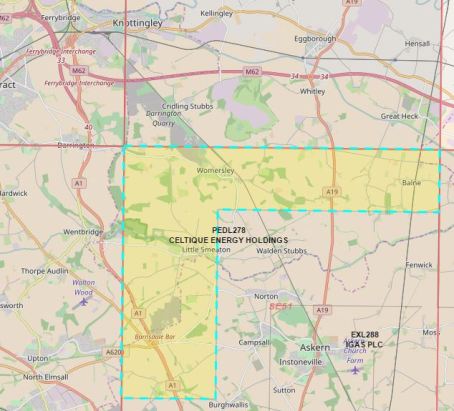 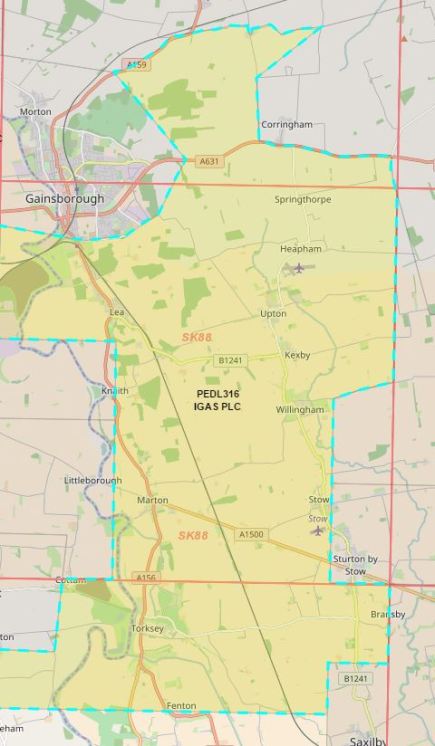 IGas got extensions to all six of its newest PEDLs.

Four were for shale gas exploration in Yorkshire and Lincolnshire (PEDLs 273, 278, 305 and 316). The other two (PEDLs 257 and 326) were for conventional hydrocarbons in Surrey and West Sussex.

IGas had committed to drill a total of seven wells in the licences by the original 2021 deadline but has submitted no planning applications. 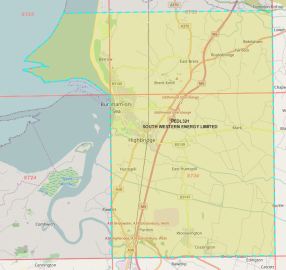 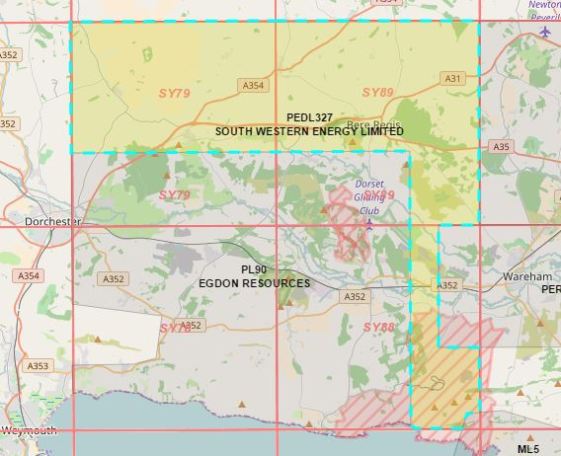 The company committed to drilling a total of five wells in the initial exploration term.

All South Western’s PEDLs were described by the OGA in 2016 as shale gas licences. That year, owner Geraint Williams predicted that he could be drilling for shale gas in Somerset by 2018.

But so far, there has been no drilling in any of South Western’s 14th round PEDLs. The company has submitted an application for conventional oil exploration at Puddletown, Dorset, in PEDL 327. No decision has yet been made on this application.

UKOG was granted a two-year extension for PEDL331 on the Isle of Wight, its single licence awarded in the 14th round.

The company recently submitted a planning application to drill a vertical and horizontal oil well at a site at Arreton in PEDL331. The details were published this week but a public consultation has been delayed by the Covid-19 outbreak.

PEDL331 was described by the OGA in 2016 as a shale gas licence but UKOG has said it was not a fracking company and would not use fracking to extract oil on the Isle of Wight.

Egdon Resources got extensions to two of its four 14th round licences.

The extended licences are in Nottinghamshire (PEDL306) and Lincolnshire (PEDL334) and were both for shale gas. The company had committed to drill a well in each PEDL.

The OGA’s data shows that up to May 2020, there have been no extensions to the 55 other 14th round PEDLs. Of these, 39 were for shale gas, eight for conventional oil or gas, one for coalbed methane and six for coal seam vents.

These licences are held by 13 companies. They include Ineos Upstream, which has the largest acreage of 14th round PEDLs, but has been granted no extensions.

DrillOrDrop has asked the Oil & Gas Authority how many extensions to 14th round PEDLs had been refused. We’ll update this post when then the regulator responds.

So far, no site work has been carried out in any of the PEDLs granted in the 14th round.

The village of Marsh Lane from Bramleymoor Lane, where Ineos has permission to explore for shale gas. Photo: DrillOrDrop

Planning permission was granted to Ineos in 2018 for shale gas exploration at Harthill in South Yorkshire (PEDL 304) and at Marsh Lane in Derbyshire (PEDL300). There has been no activity at either site.

A decision has still to be announced on an Ineos application for a shale gas site at Woodsetts, in South Yorkshire (PEDL304).

Since the moratorium on fracking, some operators have said they are looking to conventional prospects, rather than shale.

Cuadrilla predicted no fracking would happen in 2020 and said it was investigating conventional oil and gas opportunities in the UK.

Egdon Resources, in its annual accounts, said it expected the moratorium to be lifted but said “in the short-term we will focus on our conventional resource portfolio”.

IGas said in its annual accounts it was writing off shale assets in north west England and was focussing its shale gas work on the Gainsborough Trough.