‘Fracking through our eyes’ – photo exhibition premiers in Blackpool

An exhibition of photographs taken by people concerned about the impacts of fracking goes on display today in Blackpool to coincide with the opening of the inquiry into Cuadrilla’s shale gas applications. The 34 photographs in the collection are each accompanied by a statement by the photographer reflecting […]

Labour-led Swansea Council has voted overwhelmingly to take a stand against fracking. It is the fifth council in under a fortnight to criticise the process (details).

Opponents of fracking in North Yorkshire have criticised the report by the Shale Gas Task Force published this morning for not representing their views. A statement from Frack Free Ryedale said aspects of the report read like “an industry shopping list” with very little input from local communities. 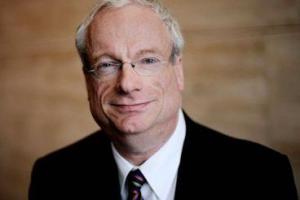 Fracking will be safe for local people and the environment only if the drilling is done to the highest standard and operations are rigorously monitored and regulated, the industry-funded Shale Gas Task Force said this morning. In its second report on fracking, the Task Force highlighted “four essential […]

The chemicals company Ineos, which runs the Grangemouth petrochemicals plant and refinery in the Firth of Forth, announced plans today to invest up to £640m in shale gas exploration. The investment is dependent on Ineos being successful in its recent applications for oil and gas drilling licences. Chairman […]

Fracking could turn the world off fossil fuels – Gasland director

Widespread fracking could encourage people to support alternatives to fossil fuels, the director of Gasland 2 told a screening of the documentary in Lewes, Sussex, last night (23/10/13). Josh Fox said: “The way to get the world off fossil fuels is the number of places they want to […]