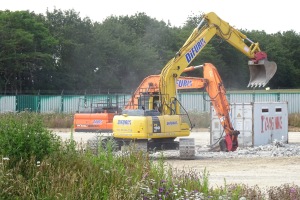 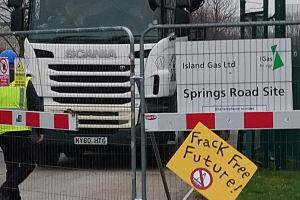 IGas said results from its Springs Road exploration well in Nottinghamshire were “highly encouraging” and a “step forward for shale gas development in the east midlands”.

Two anti-fracking campaigners locked themselves together this morning outside the IGas site at Springs Road in north Nottinghamshire.