The Environment Agency is seeking comments on plans by Angus Energy to process gas at its Saltfleetby field in Lincolnshire.

The UK could see up to one spill for every four large shale gas pads, according to researchers.

A climate change campaign group has called for an investigation into allegations that high profile US research – cited in UK planning applications and parliamentary advice – under-stated methane leaks at shale gas sites.

Minister to speak to new group on fracking regulation

The Energy Minister, Andrea Leadsom, is the speaker at a new parliamentary group on shale gas regulation, which meets next week. 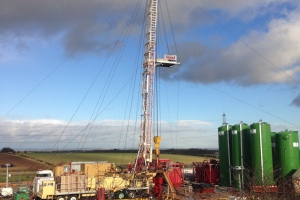 A study of decommissioned onshore oil and gas wells in the UK found that 30% were leaking methane. But the average leak produced lower emissions than a breeding dairy cow.