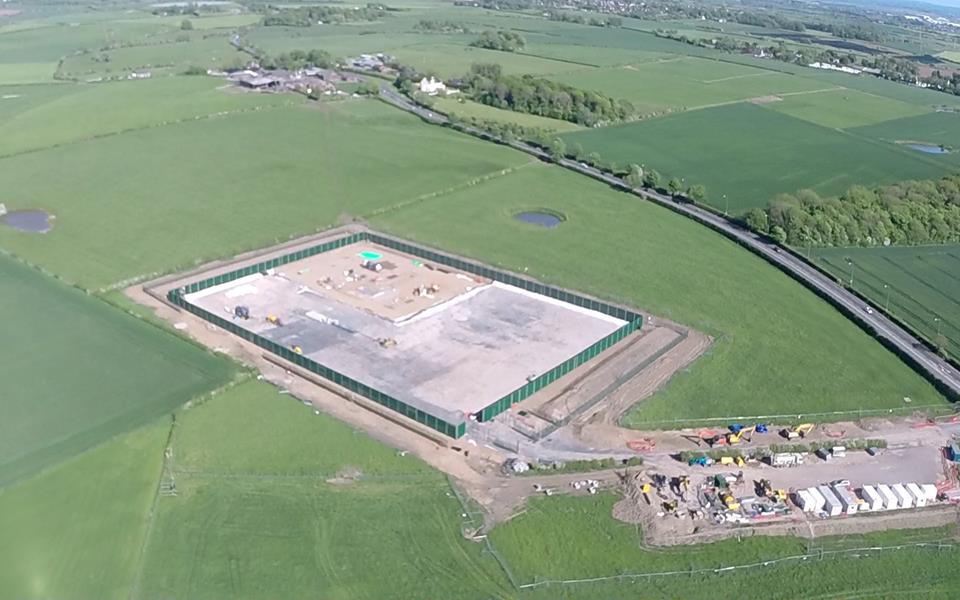 According to the figures, Cuadrilla’s contractors spent £165,000 with Lancashire sub-contractors on shale-related work in the same four months. This is slightly up on the £164,000 they spent in the period January-November 2016.

But the latest figures in the company’s “Commitments Tracker” show that during the period 1 December 2016-31 March 2017, Cuadrilla created no new fulltime jobs, apprentices or internships, despite starting work at its Preston New Road site. Only five contract or temporary jobs were created as a result of Cuadrilla’s operations in the same four months. 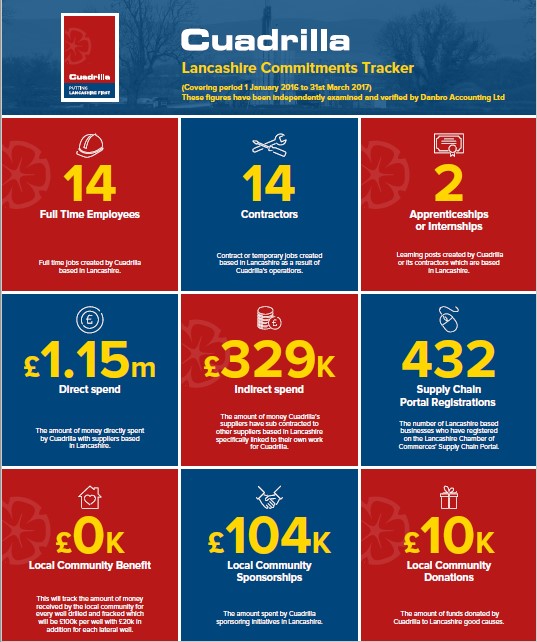 The figures, which Cuadrilla said had been independently audited, also showed that the company donated £1,500 to causes in Lancashire in the four months from December 2016-March 2017 but spent £56,000 on sponsorship in the county. 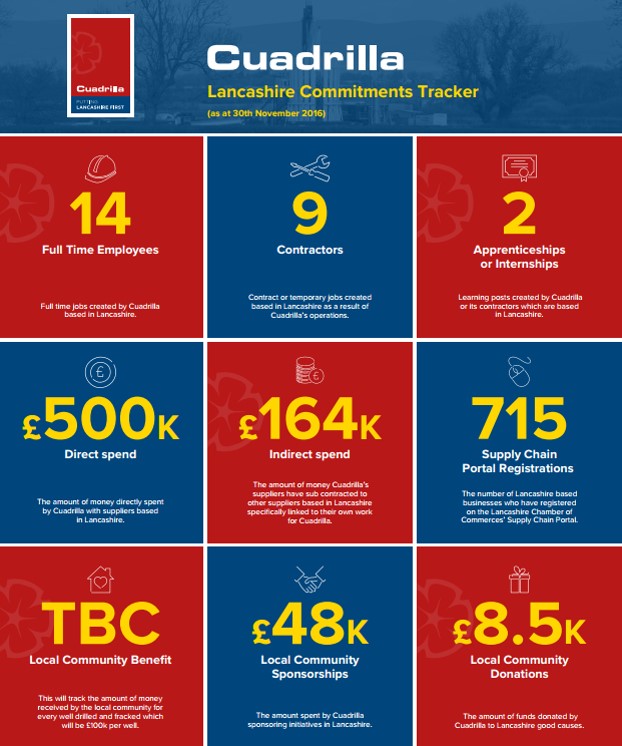 Registrations of Lancashire-based businesses with the county’s Chamber of Commerce supply chain portal appear to have fallen, according to the figures. The period ending November 2016 recorded a total of 715. But the latest figure for the period January 2016-March 2017 was 432. Cuadrilla explained that the supply chain portal was re-launched in January 2017 and companies were asked to re-register. A spokesperson said the 432 registrations in the latest figures are for the two months from the end of January 2017.

“These latest figures clearly demonstrate that with works beginning at our Preston New Road exploration site Lancashire has significantly benefited from shale gas right from the start. We are proud to continue to put Lancashire first in terms of how we do business and as a responsible member of the local community. The tracker demonstrates how we are making our commitments to the county a reality.”