Residents of the Surrey village of Dunsfold received letters yesterday from a second company that wants to drill for oil and gas in their neighbourhood.

The letter, from IGas, said the company had signed a lease on land north of the village. Earlier this year, UK Oil & Gas submitted a planning application for a site east of Dunsfold. 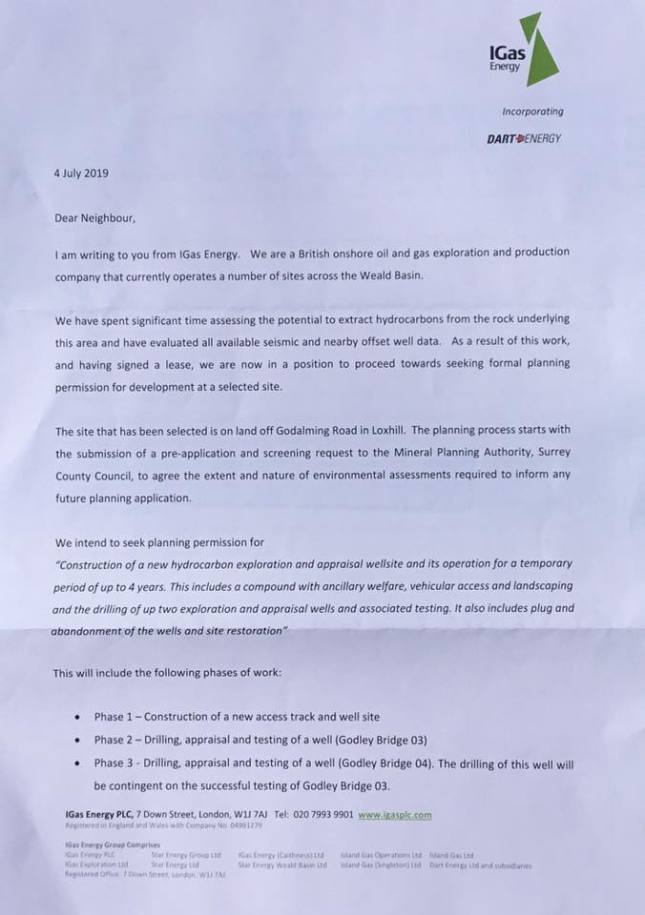 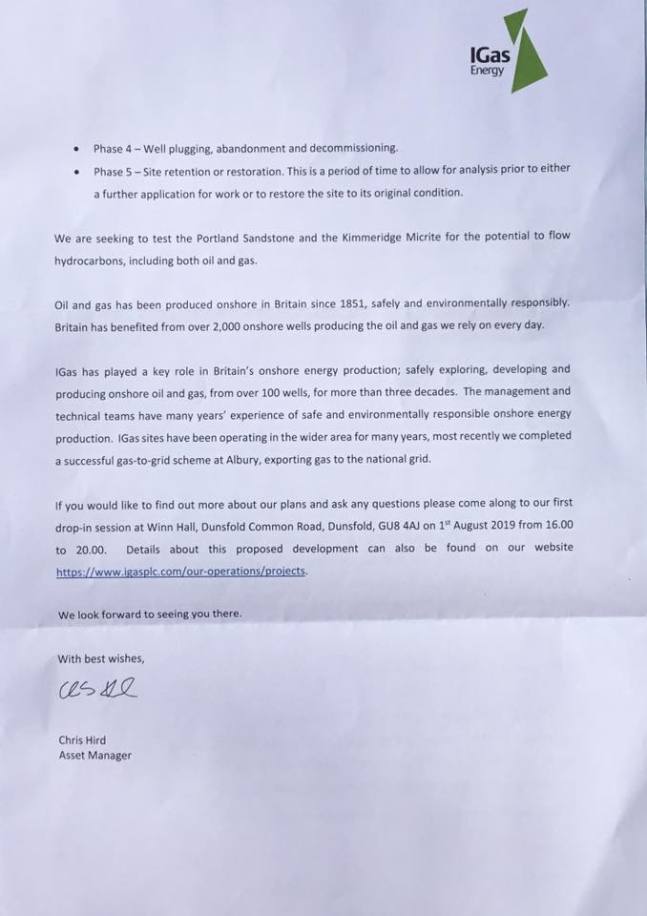 The news from IGas builds on a statement from the company to investors last week. This announced plans for two exploration and appraisal wells in licence area PEDL235. The wells would target oil in the Kimmeridge micrites and gas in the Portland sandstone, it said.

The statement did not identify the site. But the letter to residents said it was land off Godalming Road in Loxhill. This road runs south east from Loxhill to Dunsfold Road, and is entirely in the neighbouring exploration licence PEDL234.

The IGas website said the location was 1.1km southwest of Loxhill. This could put it off Hookhouse Road, part of which is in the IGas PEDL235. The web details added that the site was 3.7ha and about 460 north of the nearest home. 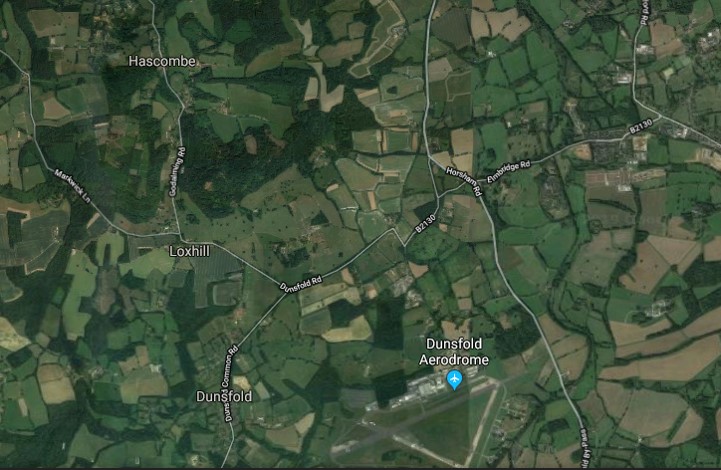 A drop-in information session, in Dunsfold Winn Hall, had been organised for 1 August 2019 from 4pm to 8pm. But IGas has since cancelled the event and said it would be re-arranged after the summer holidays.

IGas said in its letter it would be applying for planning permission for four years for five phases of work:

In the 1980s, Conoco drilled wells called Godley Bridge-1, 2 and 2z in PEDL235, between Dunsfold and Haselmere.

A report by IGas from 2014 said the Godley Bridge-1 well proved an economic presence of gas in the Portland sandstones. Tests showed that hydrogen sulphide at levels of 5-30 parts per million, the report said. The Godley Bridge-2 and another Conoco well, Alford-1, were both dry.

Updated 27 July 2019 to include IGas cancellation of drop-in information event on 1 August 2019.