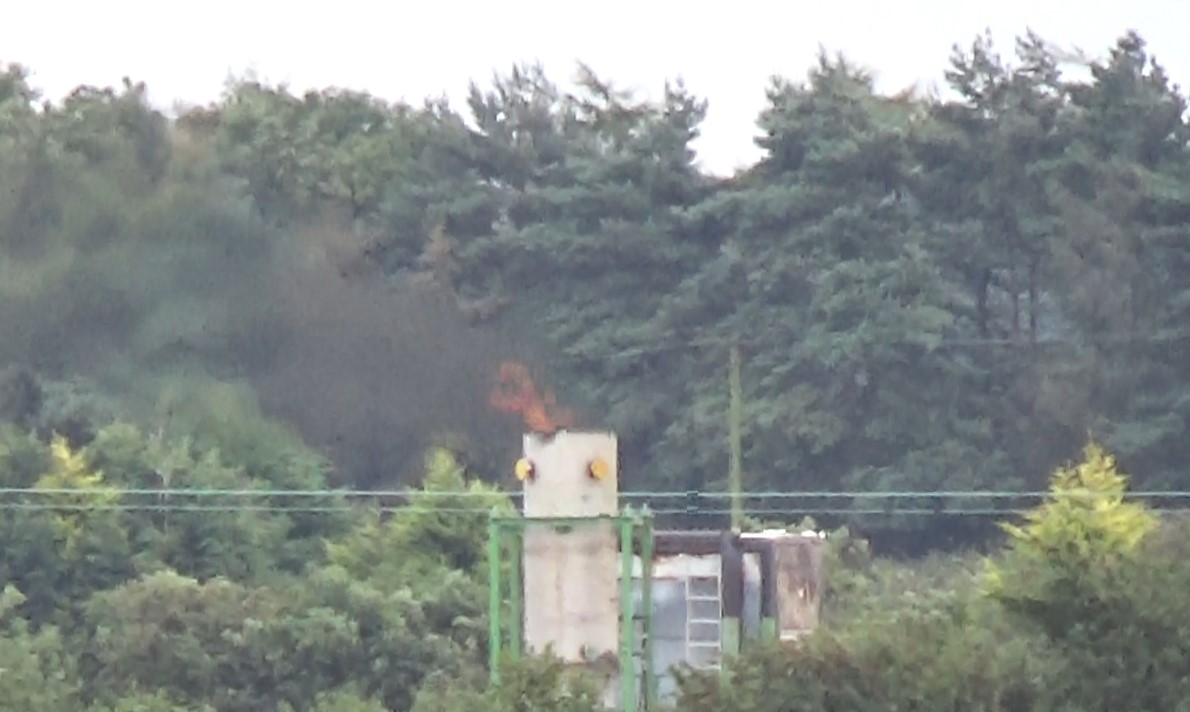 The company began flaring for the first time this morning as part of tests on its second well at the West Newton-A site.

A local resident noticed the smell after arriving home at just before 1pm.

“It was an awful, dreadful smell. It also smelt in the house.

“I felt head-achy and a bit dizzy. My eyes were stinging.”

The resident reported the smell to the Environment Agency (EA). Asked to rate the severity from 1-6 (where 6 is the worst), the resident gave it a 4.

Within an hour, strong wind appeared to have dispersed the smell but it was still in the house, the resident said.

The EA action line said the smell could linger in buildings and recommended the resident open windows to let it disperse.

A video by West Newton Monitoring and Information Station, a group reporting on operations at the site, showed flames and haze at the top of the flare stack this morning.

The resident said family members had become concerned about gases burned in the West Newton flare. They had asked the EA and Rathlin Energy whether it was 100% safe to breath air near the site. The family was sent the EA’s response to Rathlin Energy’s permit application. The resident said:

People living near the West Newton site received a newsletter from the EA last week. This said the flaring of gas “may result in some off site odour and noise, and a blue flame may be visible at night” It also said the company had permission to use nitrogen to displace fluid in the wellbore. This also had the “potential to cause an odour noticeable off site”, the EA said.

A spokesperson for the EA said today:

“We have been out to carry out an investigation at this site. Our officers could not substantiate the complaint at the time of their visit. However if residents living near the site experience this problem again please do let us know through our 24 hour incident hotline tel 0800 80 70 60.”

“I don’t know what they can do. We seem to be stuck with this.”

Rathlin Energy said the well tests were expected to take 4-8 weeks. In a statement today, the company said:

“The flow testing of the WNA-2 well commenced earlier today.

“The well test programme is scheduled to continue for the next 4-8 weeks.

“The necessary regulatory permissions and consents are in place for this test.”

Additional information regarding the test programme will be made available once the relevant data has been collected and analysed.”

This is not the first time there have been smells from West Newton-A.

An EA inspection concluded that the pressure in the well had been too low for the flare to burn some waste gases. There were also three occasions in October 2014 when gas was vented to the atmosphere, in breach of conditions of the environmental permit. Details