SNP – “no support for fracking and no new fracking licences” 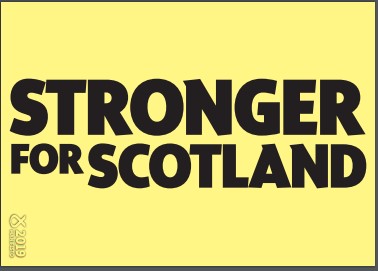 The Scottish National Party manifesto restated the party’s policy of no support for unconventional oil and gas and fracking in Scotland. It said:

The SNP manifesto called for a net zero fund to ring-fence oil and gas revenues, estimated at £85bn in the five years to 2023-4. This fund, the SNP said, would help to fund energy transition through investment in renewable energy, electric vehicles and carbon capture utilisation and storage.

The manifesto said 12% of the fund, at least £1bn over five years, would help diversify economies of oil hubs like Aberdeen, Falkirk and Shetland.

The SNP said it would press the UK government to accelerate action to decarbonise the gas grid and ensure that all new homes from 2024 must use renewable or low carbon heat.

The UK government should “properly support” the renewables industry or devole power to Scotland, the manifesto said. It opposed new nuclear power plants  and proposed reform of UK support for renewables. Onshore wind and solar should be allowed to bid for the UK’s main renewables support mechanism.

The SNP also proposed a green energy deal to give green energy projects long-term certainty. It would also provide adequate funding for a wave and tidal energy strategy. The manifesto promised to press the Conservatives to end plans to increase VAT on home solar.

On climate change action, the party said it would demand the UK met Scottish targets of a 75% reduction in emissions by 2030 and net zero by 2040.

The SNP said it would also press for accelerated deployment of fully operational carbon capture utilisation and storage facilities in Scotland.

The Conservative manifesto restated the moratorium on fracking in England, announced by the government with immediate effect earlier this month. It added:

“We will not support fracking unless the science shows categorically that it can be done safely.”

The manifesto also confirmed the previous government announcement against changing the planning system for shale gas schemes, proposed in the 2017 Conservative manifesto.

There was no specific reference to onshore oil and gas or other forms of unconventional extraction. But the manifesto did say:

“We will support gas for hydrogen production, and nuclear energy, including fusion, as important parts of the energy system, alongside increasing our commitment to renewables.”

The manifesto promised to “protest and enhance the Green Belt”, the location of several onshore oil and gas planning plans and applications.

It also said it would “lead the global fight against climate change by delivering on our world-leading target of Net Zero greenhouse gas emissions by 2050.”

“We will use our position hosting the UN Climate Change Summit in Glasgow in 2020 to ask our global partners to match our ambition.”

The first budget would “prioritise the environment”, the Conservatives said, with investment in research and development, decarbonisation, new flood defences (£4bn over “coming years”), electric vehicle infrastructure and clean energy.

The party committed to:

There were also commitments to support clean transport, consult on phasing out new conventional petrol and diesel cars, ban export of plastic waste to non-OECD countries, and work with market to deliver two million new jobs in “clean growth”.

The party promised new powers that could be used against protest, protection and monitoring camps. The manifesto said:

“We will give the police new powers to arrest and seize the property and vehicles of trespassers who set up unauthorised encampments, in order to protect our communities. We will make intentional trespass a criminal offence, and we will also give councils greater powers within the planning system.” 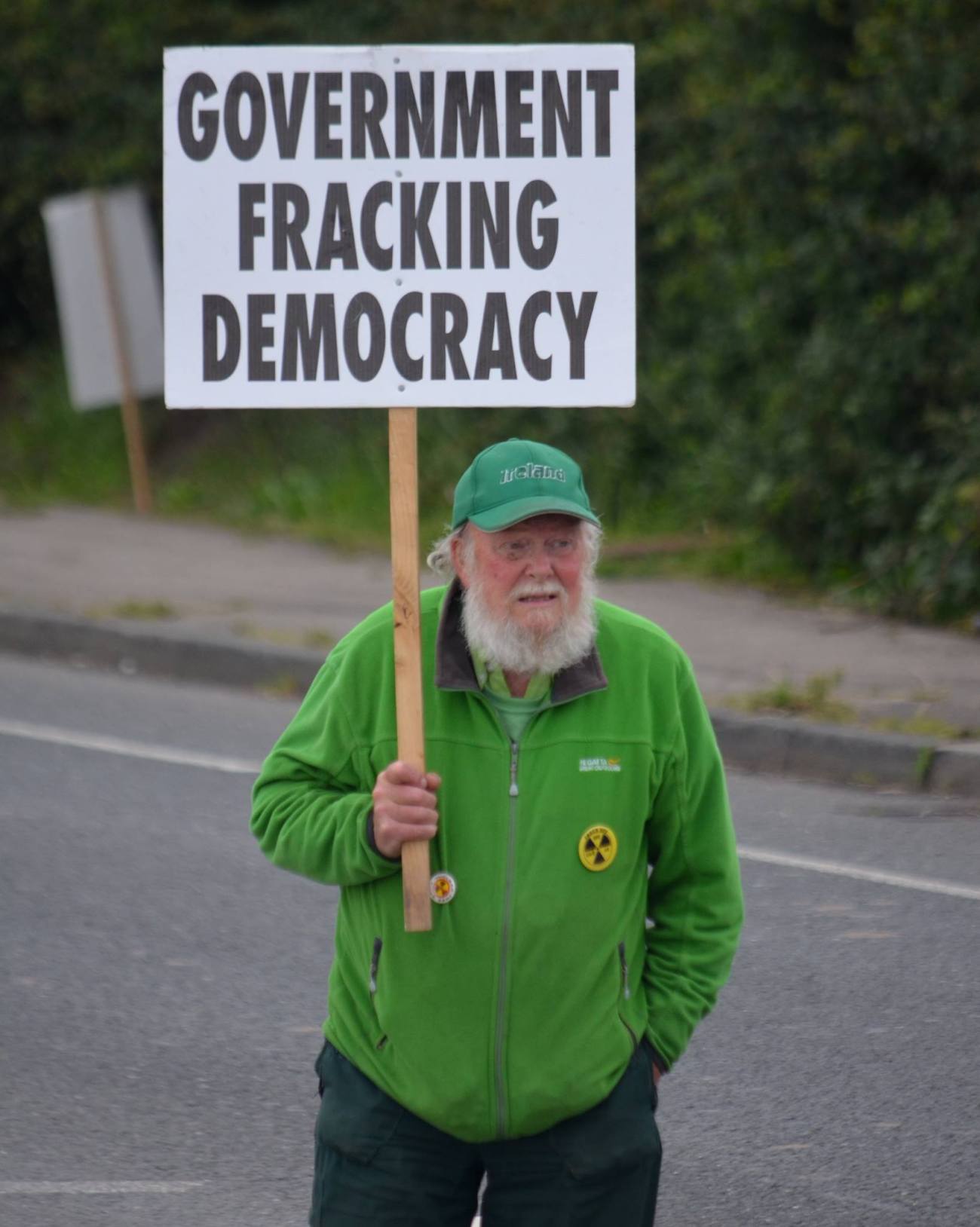 Plaid Cymru – “Carbon and single use plastic free by 2030”

Wales would make the transition to 100% self-sufficient in renewable energy by 2030, the manifesto said.

The party committed to tidal lagoons for Swansea, Cardiff and Colwyn Bays, a wind farm off Ynys Mon and an Usk barrage. There would also be a network of local energy grids for Wales and changes to planning legislation to fast-track community-owned energy schemes.

A national energy agency, Ynni Cymru, would be charged with realising Wales’s green energy potential. The party promised to oppose the development of new sites for nuclear power stations.

“Create tens of thousands of new jobs throughout Wales by kick-starting a multi-billion investment programme in renewable energy, transport infrastructure and digital technology, with the goal of making Wales a carbon and single-use plastic free national by 2030.”

A £5bn greener homes programme would improve energy efficiency in Welsh homes and reduce fuel poverty, the manifesto said. And an expanded Trans Cymru bus network of high-quality coaches would be powered by renewable energy.

The Brexit Party’s “contract with the people” had no references to fracking, oil, gas, hydrocarbons, onshore exploration, drilling, climate or greenhouse gases.

On energy, the party committed to zero rate VAT on domestic fuel to reduce energy bills

It also promised to plant “millions of trees to capture CO2” and recycle the UK’s waste, making it illegal to export across the world.

The Brexit Party contract with the people 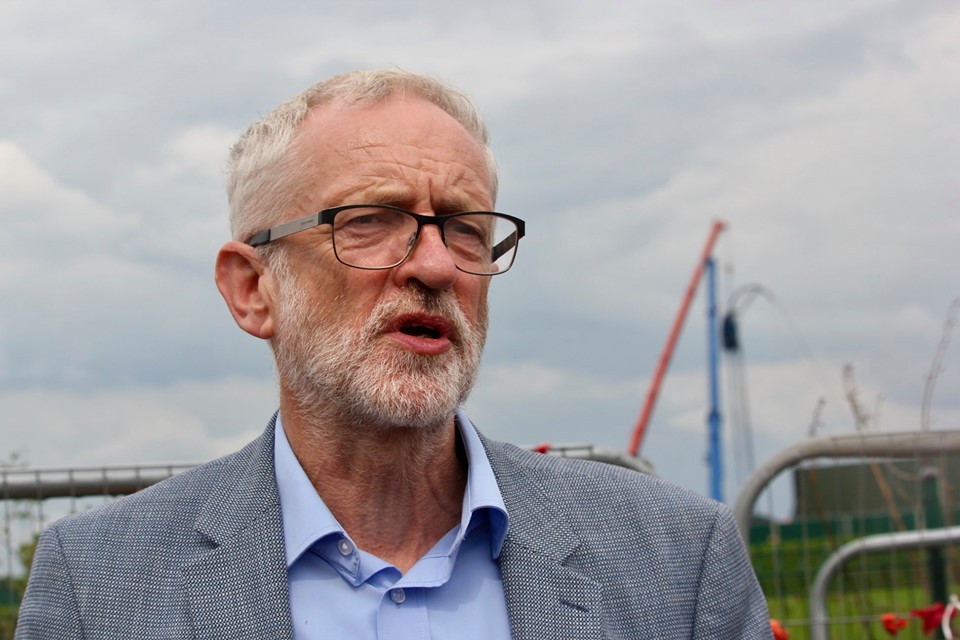 Labour repeated its opposition to fracking, describing the process, “pushed through” by the Conservatives, as “dangerous”.

“We will expand distributed and community energy, and immediately and permanently ban fracking”.

Unlike the Greens, but along with the Lib Dems, the party had no comment on other forms of unconventional or extreme hydrocarbon extraction.

“a windfall tax on oil companies, so that the companies that knowingly damaged our climate will help cover the costs.”

Labour said it would “put the UK on track” for a net-zero carbon energy system within the 2030s. It committed to nearly 90% of electricity and 50% of heat from renewable and low-carbon sources by 2030.

The party promised it would build:

Labour would also trial tidal energy and invest to reduce the costs of renewable and low-carbon hydrogen production, the manifesto said.

Almost all the UK’s 27 million homes would be upgraded to the highest energy efficiency standards, the party said. It committed to a zero-carbon homes standard for all new homes and a roll-out of heat pumps, solar hot water and hydrogen heating, along with investment in district heat networks.

Labour also promised to expand power storage and invest in enhancements and interconnectors for the national electricity grid.

The manifesto said the party would launch a £400bn national transformation fund, of which £250bn would go to renewable and low carbon energy and transport, as well as biodiversity and environmental restoration. Treasury rules would be rewritten to ensure investments were compatible with climate and environmental targets.

On climate targets, the manifesto said:

“Labour will take full responsibility for our carbon footprint instead of passing the buck.

“We will instruct the Committee on Climate Change to assess the emissions the UK imports as well as those it produces, and recommend policies to tackle them, including making UK industry the greenest in the world.”

On health, the manifesto promised the NHS would become a net-zero carbon service. This would be achieved by:

On transport, the manifesto promised a review of public expenditure to ensure it promoted environmental sustainability and contributed to decarbonisation. Among the commitments were:

The Yorkshire Party promises net zero carbon emissions across Yorkshire by 2030. This would, the party said, be achieved by:

The party also committed to building 23,000 new energy-efficient homes every year for the next 20 years, of which 8,000 would be available at social rent levels.

The Lib Dems today pledged to ban “fracking for good”

The party’s manifesto promised a ban

“because of its negative impacts on climate change, the energy mix and the local environment”.

But unlike the Greens, it did not have proposals for any other form of unconventional fossil fuel extraction.

The Lib Dem manifesto said it was:

“the only party with a radical, credible and detailed plan to tackle the climate emergency as soon as possible”.

It promised a 10-year “emergency programme to cut greenhouse gas emissions substantially straightaway and phase out emissions from the remaining hard-to-treat sectors by 2045.

This would be achieved by:

The manifesto said all UK registered and stock-market listed companies would be required to set climate change targets consistent with the Paris Agreement and report on their implementation. Financial services would be regulated to encouraged green investments.

The Lib Dems said they would establish a Department for Climate Change and Natural Resources and coordinate government-wide action for a zero-carbon economy under a cabinet-level minister.

On electricity generation, the manifesto promised £12bn over five years to accelerate deployment of renewable power. The party would remove Conservative restrictions on wind and solar and build more interconnectors. All new homes would be fitted with solar panels and investment wold be supported in tidal and wave energy, storage, demand response, smart grids and hydrogen technologies.

On housing, the manifesto said the Lib Dems would cut energy bills, end fuel poverty by 2025 and reduce emissions from buildings. Other proposals included reduction in VAT on home insulation and a graduation on stamp duty by the energy rating of a property. All new homes must be built to a zero-carbon standard by 2021.

On industry, the Lib Dems promised to reduce emissions by supporting carbon capture and storage and new low-carbon processes for cement and steel production. The party said it would end support from UK Export Finance for fossil fuel-related activities.

Non-recyclable single-use plastics would be banned and replaced with affordable alternatives. The party said it aimed for complete elimination in three years and an end to plastic waste exports by 2030.

As expected, the Green Party restated its commitment to oppose fracking. The party’s Green New Deal for energy said it would:

“Ban fracking, and other unconventional forms of fossil fuel extraction, now and forever.”

The party also said it would:

The tax would make coal, oil and gas financial unviable within a decade, the party said.

The manifesto said the 2019 election was voters’ chance to put the climate emergency at the top of the political agenda. The aim was to reduce UK carbon emissions to net zero by 2030:

“The key to reducing our impact on the climate is to stop burning fossil fuels as soon as possible.”

It said the UK had abundant wind, tides, sun and rivers to be self-sufficient in energy.

“It’s time for investment to unleash this potential and enable us leave oil and gas in the ground.

“With our renewable energy supply unlocked, we can hugely reduce fossil fuel use in our energy system and with it our reliance on nuclear power.”

The Green Party said its New Deal would also:

On housing, the Green Party said it would

“Reduce the use of natural gas for heating homes through a programme, to replace polluting boilers with renewable heat from heat pumps, and solar thermal, geothermal, biomass and stored heat technologies.”

Other measures included energy efficiency improvements in homes, insulation of non-domestic buildings, roll-out of solar panels and incentivise renovation and improvement of existing buildings, rather than new build.

In industry, the party said it would prepare for a rapid decommissioning of North Sea oil rigs.