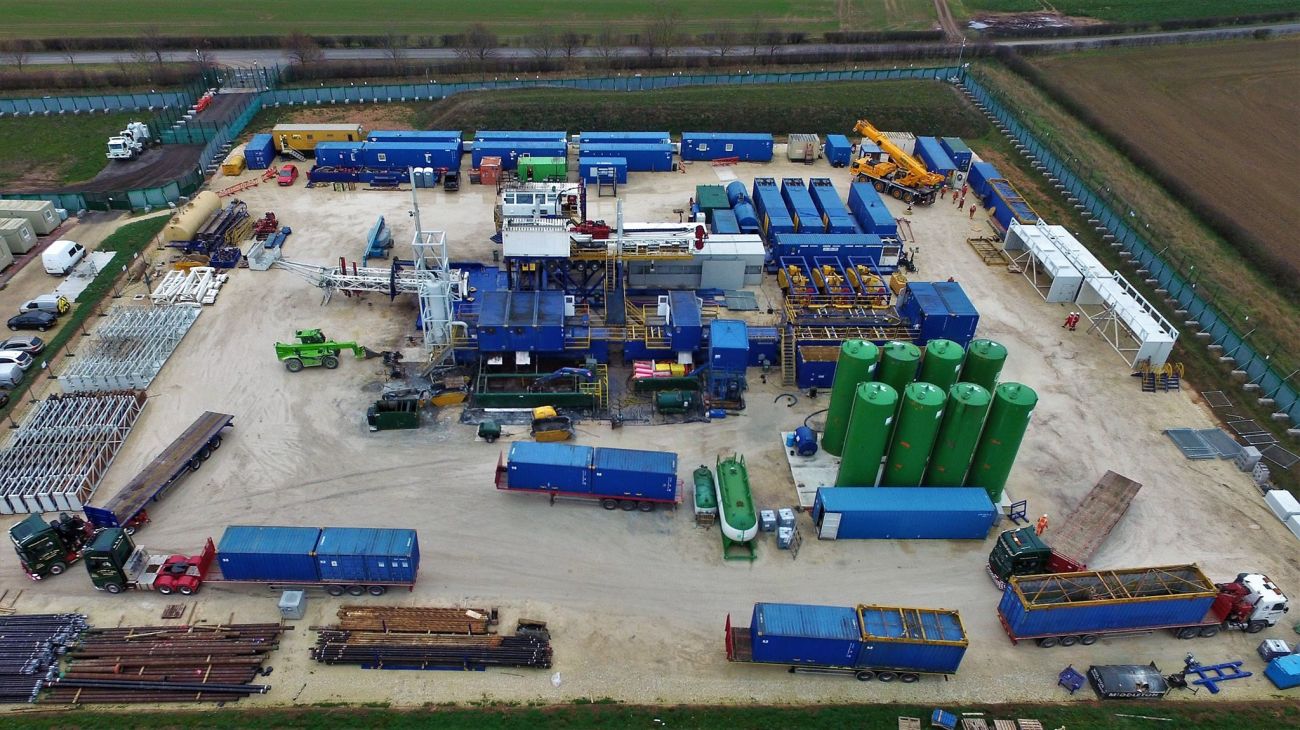 Assembly members advised ministers against bailing out oil and gas companies in the economic stimulus. Some said the industry was incompatible with net zero and support would be a waste of money.

Investment in high carbon industries should be limited or given only with conditions, members said.

An interim briefing from the assembly, published today, also reveals that almost all members felt government and employers should encourage people to change their lifestyles to be more compatible with reaching net zero.

The assembly is made up of 108 people who were selected to be representative of the demographics of the UK population and the levels of concern about climate change. They were asked to explore how the UK should reach its legally-binding target of net zero greenhouse gas emissions by 2050.

Today’s briefing is expected to inform the Committee on Climate Change’s annual progress report to parliament, due later this week, and the chancellor’s economic stimulus, expected before the summer recess.

A group of leading MPs have urged the government to take the assembly’s views into account in its new policies.

One of the assembly expert advisers, Professor Jim Watson, of University College London, described the briefing as a unique insight into the views of an informed and representative sample of the UK population. 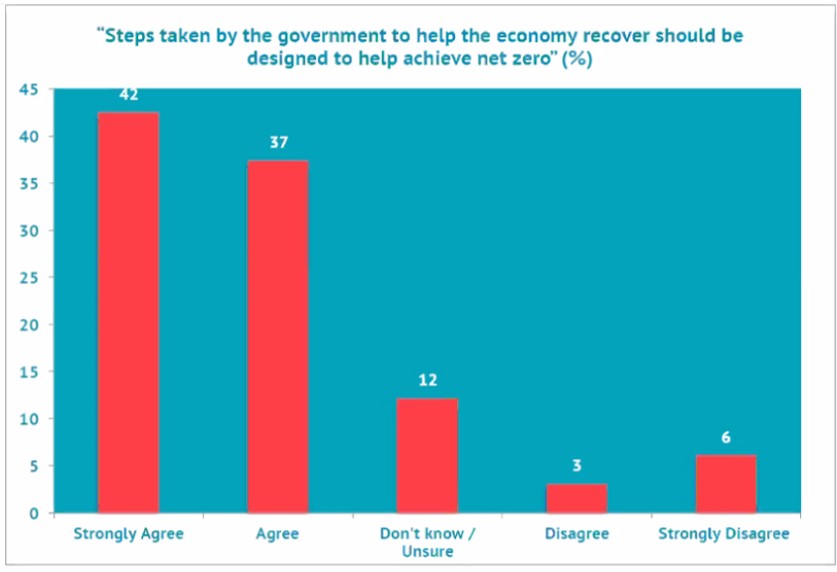 The briefing reveals that 79% of assembly members agreed or strongly agreed that steps taken by the government to help the economy recovery should be designed to help achieve net zero emissions.

Those who agreed with the statement called on the government to:

Only 9% disagreed or strongly disagreed with the statement. 12% were unsure.

The briefing included quotes from assembly members to help explain their thinking. One person said:

“I don’t think oil or gas companies should be given bailouts, you’re wanting to stop them anyway, so why support them – support the people who work for them but not the companies – that’s because they aren’t compatible with net zero.”

“Avoiding lock in of fossil fuel use [is] key – best chance to do this is now to avoid going back into the trap of fossil fuels again. That would be disappointing.”

The briefing included other points of view. One person said:

“Some fossil fuel sectors bring in a lot of money so it’s hard not to support them.” 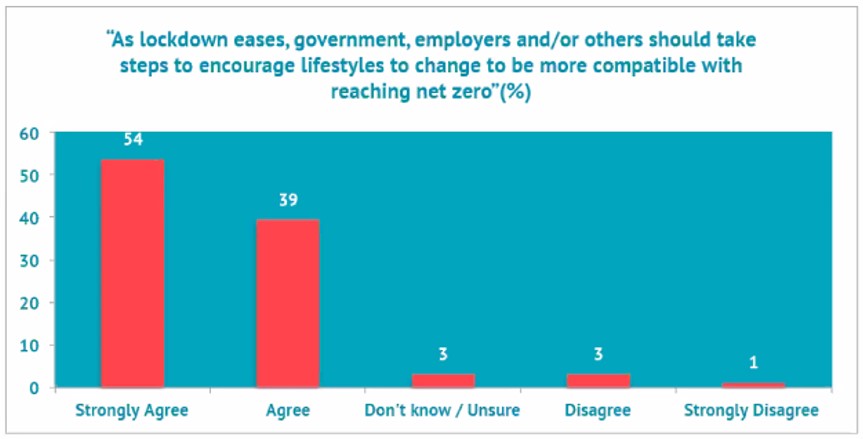 The briefing also revealed that 93% of assembly members agreed or strongly agreed that as the lockdown eases, government, employers and others should take steps to encourage lifestyles to change to be more compatible with reaching net zero.

4% disagreed or strong disagreed. 3% were unsure.

“Home working is brilliant – less traffic, less flights, quicker – government have to encourage it somehow either with incentives or penalties.”

“There is a great opportunity to restart the economy on a greener pathway and such chances should be seized upon.”

The chairs of six parliamentary select committees, which commissioned the Climate Assembly UK, wrote to the prime minister today urging the government to take account of the briefing. Their letter said:

“It is vital that achieving the UK’s net zero target, which has unanimous cross-party support, is a joint endeavour between the Government, Parliament and the public across the country.

“In recent months the UK public has demonstrated its capacity to respond positively and responsibly when they understand the risks posed to them by an invisible threat that demands collective action.

“We believe that a similar approach, based on securing public support for ambitious policies through open dialogue around the science, is a sound basis for the net zero journey.”