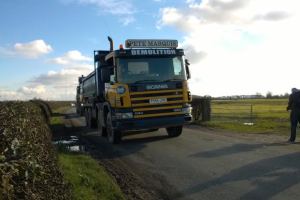 The company preparing to frack for shale gas in Lancashire announced this morning it was applying for planning permission to test the flow of oil in its exploration well in West Sussex.

Cuadrilla has accused some of the opponents of its shale gas operations in Lancashire of “irresponsible and intimidating behaviour”.

In this week’s listings: the Tour de Frack cycle ride from Cuadrilla’s Preston New Road site in Lancashire to Third Energy’s site at Kirby Misperton in North Yorkshire. Plus 30 other meetings, rallies, performances and key dates.

Cuadrilla has confirmed that no work will be carried out at its oil exploration site at Balcombe in West Sussex before May this year.

Time is running out for eight oil and gas developments

Consents for eight oil and gas projects in England and Wales are due to expire within months, DrillOrDrop has discovered.