Nearly 1,000 of the 3,990+ candidates standing in the general election have made a formal promise to oppose fracking in their constituencies, according to the latest figures from Greenpeace and Friends of the Earth. 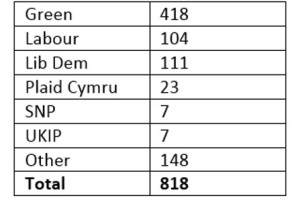 Nearly a third of British voters said they would be less likely to vote for candidates who backed fracking in their own constituencies, according to a poll released today. 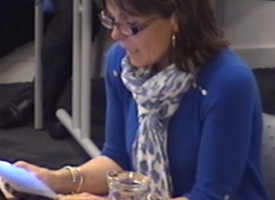 Community groups walk out of “flawed and biased” council fracking inquiry; council accuses them of discourtesy

A council fact-finding inquiry on fracking has become mired in recriminations. Local community groups have accused Cheshire West and Chester Council of a “flawed and biased process” in the way it ran the inquiry. They walked out of the most recent meeting, accusing the council of being heavily […]

Conservatives on Shropshire Council have voted against national party policy and opposed for the second time a planning application for coal bed methane exploration.

Five Conservative MPs defied the Government in a vote this evening on fracking conditions in the Infrastructure Bill.

Tories under attack over Sussex oil and gas drilling

27th June 2014 The debate over oil drilling in Balcombe has turned against local and national Conservative politicians this month. Letters to the local paper, the Mid-Sussex Times, have criticised the Government, Conservative-led West Sussex County Council and the local Tory MP.

14th April 2014 More people would prefer a wind farm in their local council area than a fracking site, according to research published today by YouGov for the renewables company, Ecotricity. 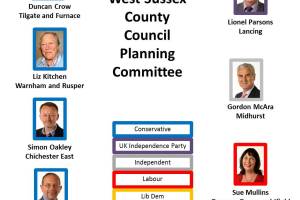 April 9th 2014 Like West Sussex County Council as a whole, the planning committee that will vote on April 29th on Cuadrilla’s application to flow test its oil well at Balcombe has a Conservative majority.  InvestigatingBalcombeAndCuadrilla.com has been looking into the political backgrounds of the committee members and the […]