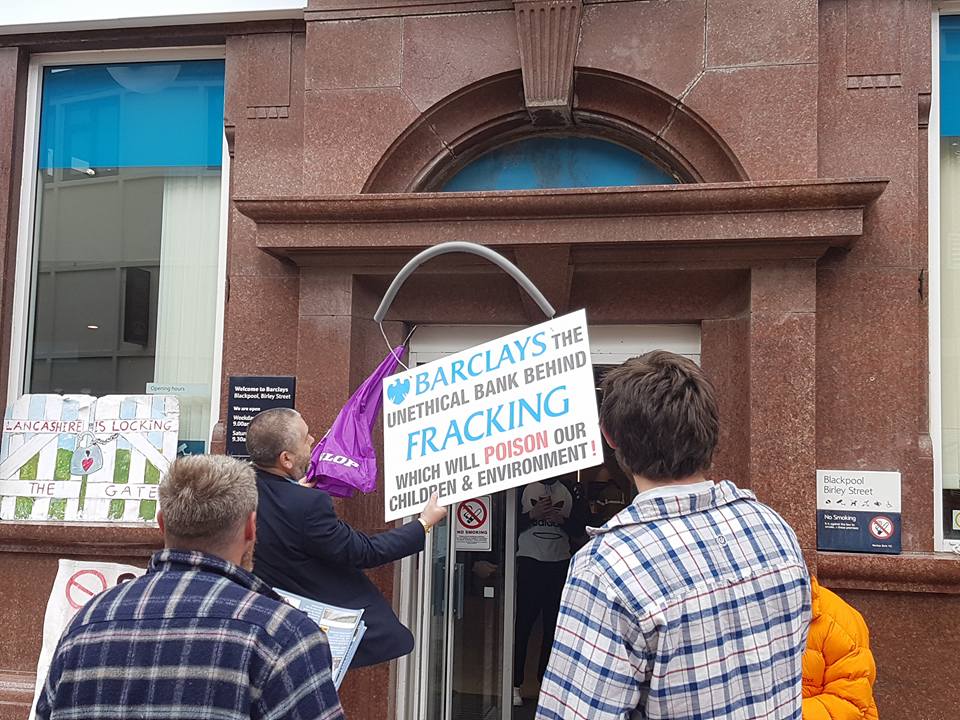 A secondary school teacher was arrested while playing his violin outside Cuadrilla’s shale gas site. All pictures from a video by Ben Devoy. 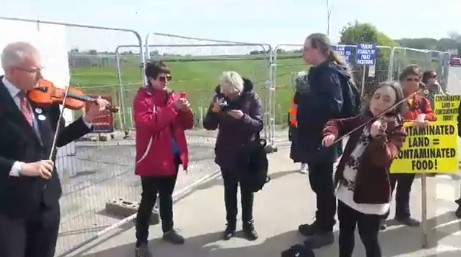 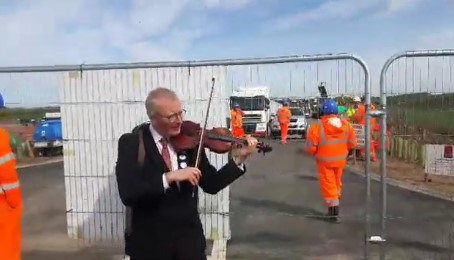 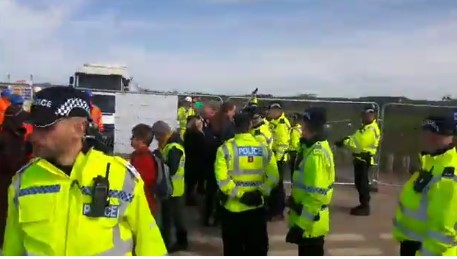 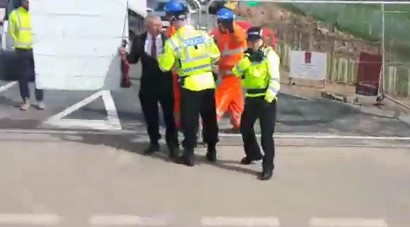 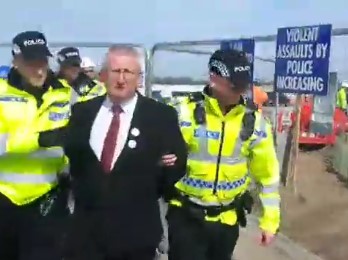 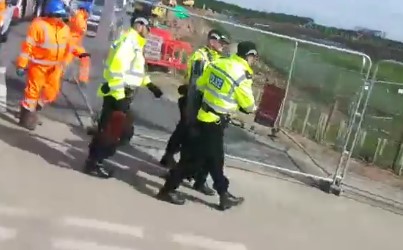 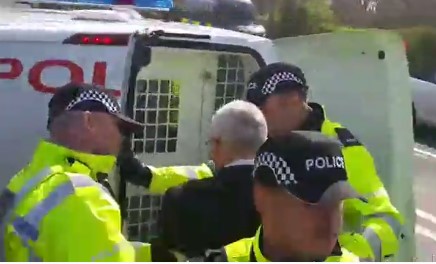 Protesters alleged that police dragged a person from a bicycle and pushed to the floor at Preston New Road. Video by Craig Wilson Wilson: 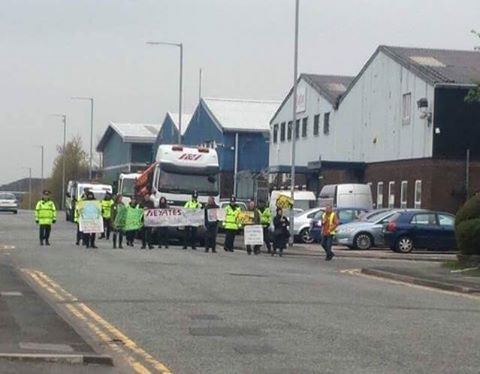 Around 10 opponents of Cuadrilla’s operations at Preston New Road, tried to blockade the premises of Pete Marquis but were removed by company staff. The protesters said the company is a contractor for Cuadrilla. Photos from video by Ben Devoy. 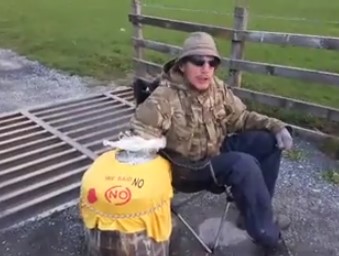 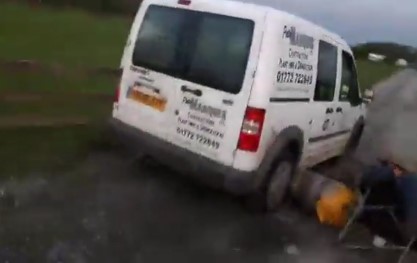 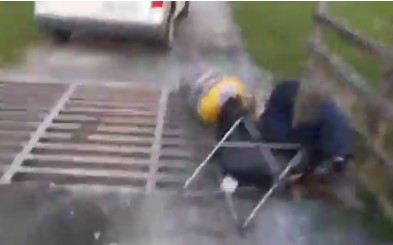 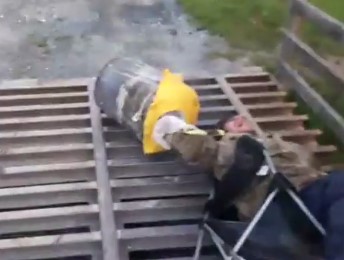 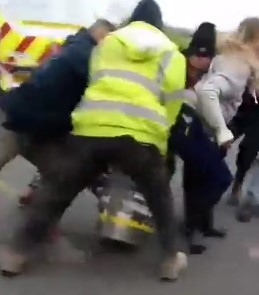 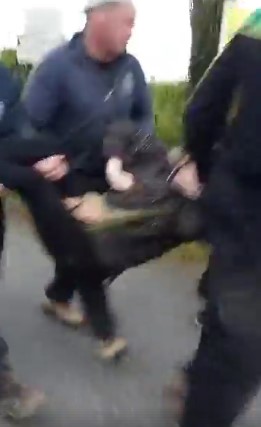 “I respect that people have got the right to protest but my employees and I have a right to go to work to earn a living too. When we saw what the activists were trying to do to shut us down, we decided to carefully remove them from our premises.

“As they were trespassing on private property we were legally entitled to do this. This sort of attempted bullying of a local business and workers by out of town professional protesters isn’t fair and it’s not going to work either.”

“The aggressive and disproportionate behaviour of Mr Marquis and his staff is subject to a possible police complaint so it would be inappropriate to comment.” 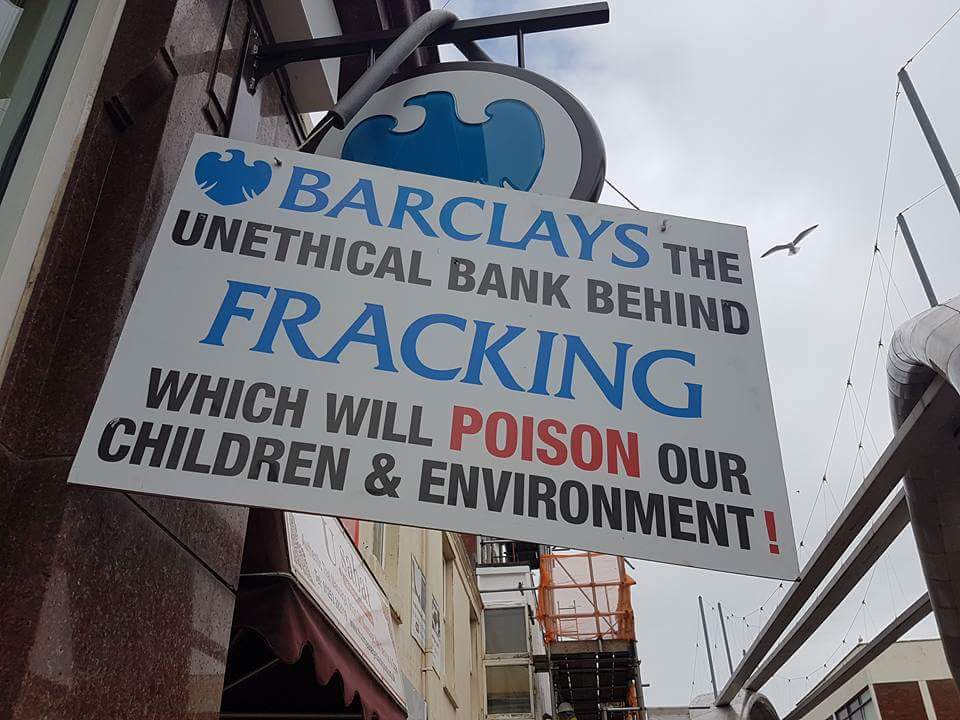 Opponents of funding for fracking by Barclays demonstrated outside the bank’s branch at Birley Street in Blackpool. 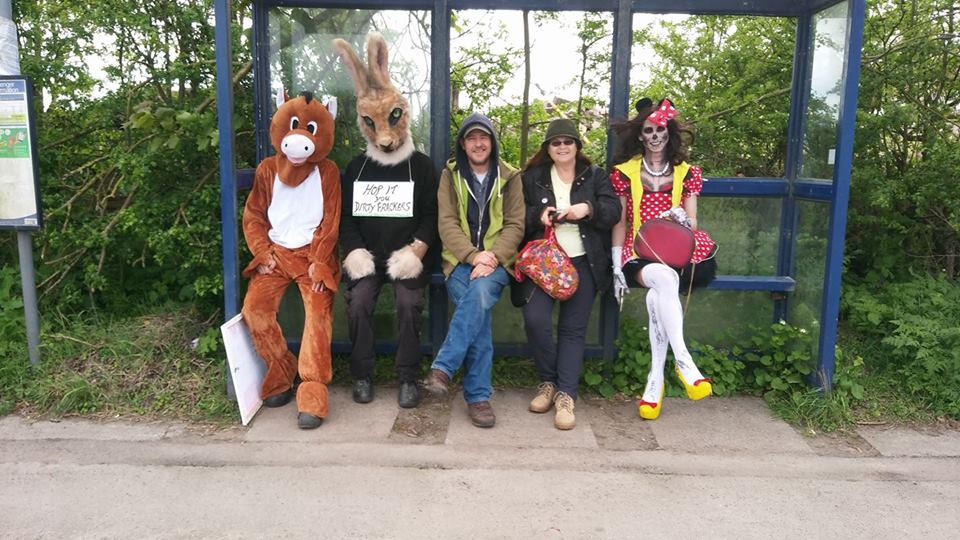