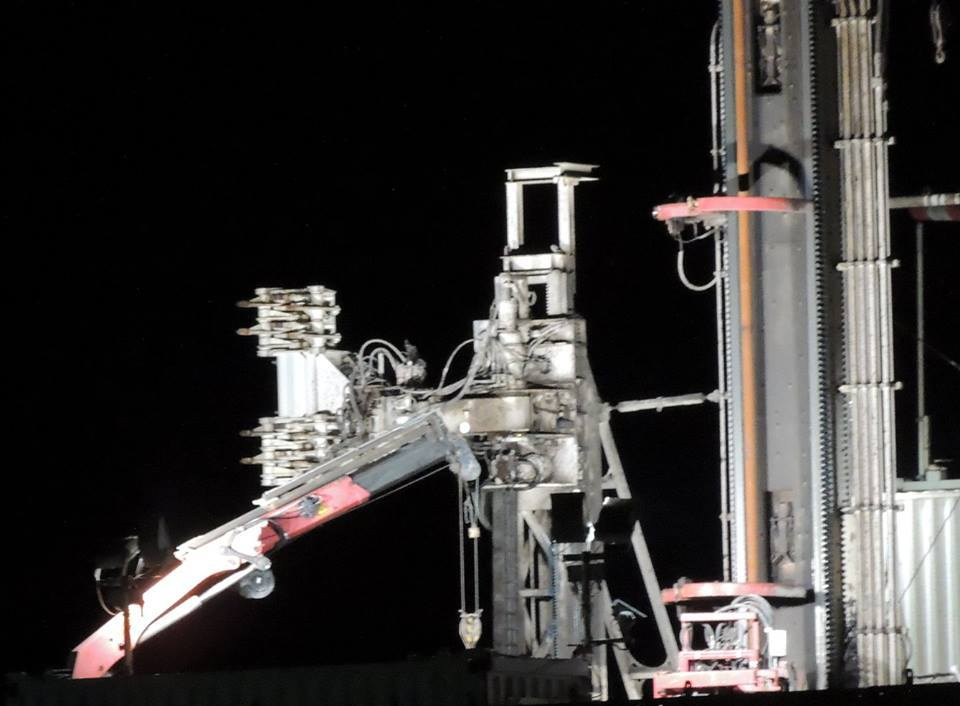 Third Energy said it has been ready since November 2017 to frack its KM8 well at Kirby Misperton in North Yorkshire. It has been waiting for final approval from the Energy Secretary, Greg Clark. The Department of Business, Energy and Industrial Strategy said the decision had been delayed because of a loophole in the Infrastructure Act. This has now been closed. On the consent for Kirby Misperton, BEIS said this week: “There is no timescale for an announcement”.

Cuadrilla has said it expects to frack its first two wells at Preston New Road near Blackpool during 2018. It has submitted the hydraulic fracture plans to the Oil & Gas Authority. It will also need to get final fracturing consent from Mr Clark. At a recent community liaison group meeting, the company said fracture stimulation equipment was being delivered to Preston New Road. Cuadrilla has been carrying out seismic surveying on land to the west of its Preston New Road site to finalise the direction for its first two horizontal wells. Horizontal drilling is expected to begin in early 2018 and a community newsletter to explain the process is planned for the spring, Cuadrilla said.

IGas has submitted a scoping request for its plans to drill and frack a new well at its site on the edge of the Ince Marshes in Cheshire. A full application is expected in 2018 (see Planning)

West Newton B. After a year of inaction, Rathlin Energy recently told a community liaison group “the company is now ready to start work” at its West Newton-B exploration site. It said it had no intention of undertaking high volume hydraulic fracturing in the Bowland shale. There would be a full strip of the top soil at the site and an archaeological survey, Rathlin said. Site construction would follow, expected to be at the end of the first quarter of 2018.

Becconsall. Cuadrilla must restore its Becconsall shale gas site by 1 May 2018 after Lancashire County Council refused permission for an extension of planning permission (DrillOrDrop report)

INEOS has begun approaching landowners about access for seismic surveying in its PEDL licence areas.

IGas has said site construction work at Springs Road, Misson, and Tinker Lane, near Blyth, would begin in the first quarter of 2018. The company has planning consent to drill and test (but not frack) two exploration wells at Misson and one at Tinker Lane.

Seismic surveys by INEOS are due to end by Wednesday 31 January 2017 after a time extension granted by Nottinghamshire Count Council.

Brockham. See Planning and permits below

Bury Hill Wood. Operations at Europa’s oil exploration site near Leith Hill, Dorking, are waiting for a decision on the traffic management plan. The company has appealed to the planning inspectorate for non-determination after Surrey County Council twice deferred a decision on the plan. Planning permission for the site expires on 7 August 2018. According to legal documents submitted by Europa at an injunction hearing, the lease for the site from the Forestry Commission expires on 25 September 2018. See also Court Cases

Horse Hill. The site operator, Horse Hill Developments Ltd, said funding and contracts are in place to flow test the existing well (hh-1) at this site near Gatwick. The company has planning and environmental consents to drill and test a sidetrack (HH-1z) to the existing well and a second well (HH-2) (DrillOrDrop report)

Balcombe. See Planning and permits below

Broadford Bridge. UKOG has said it will continue flow testing after the New Year break. The company described a section of the KL3 horizon as “unproductive” because of low permeability. Another section of KL3 will be tested in early January, it said. Testing of horizons KL4 and KL5 will follow. UKOG said it expected the work would be finished by early January 2018 but its consent from the Oil & Gas Authority had been extended until the end of February 2018.

Lidsey. Angus Energy said in November it had “put in place a comprehensive diagnostic program” at its new Lidsey well near Bognor Regis after oil flow rates were significantly lower than had been expected. Angus has repeatedly said it does not need to frack at Lidsey or its other site at Brockham in Surrey.

Balcombe, West Sussex. The county council’s planning committee meeting on 9 January 2018 is due to decide on Cuadrilla’s application to flow test the oil well at Lower Stumble.

Wressle, north Lincolnshire. The result of a public inquiry into Egdon Resource’s appeal over its plans for oil production at Wressle is expected on or before 10 January 2018.

Bury Hill Wood, Surrey. The County Council’s planning committee is expected to decide on Europa’s traffic management plan. The next scheduled committee meeting is 24 January 2018. The issue is also the subject of an appeal.

Harthill, south Yorkshire. Rotherham Metropolitan Borough planning board is expected to decide on INEOS’s plans for shale gas exploration at Common Road, Harthill. This is despite the company’s decision to appeal against non-determination. The meeting could be on 25 January 2018.

Ellesmere Port, Cheshire. Cheshire West and Chester Council’s planning committee is due to decide on IGas plans for testing its well at Ellesmere Port. The meeting could be on 25 January 2018.

Preston New Road, Lancashire. Cuadrilla has applied to the Environment Agency to treat surface water from its Preston New Road shale gas on site and pipe it into a local brook. The public consultation ends on 26 January 2018. DrillOrDrop report

Brockham, Surrey. Angus Energy has submited an application for the side-track well drilled in January 2017 at its oil exploration site at Brockham, near Dorking. The application is not yet public but a scoping opinion from Surrey County Council indicates that the application is not expected to include production, even though the company has repeatedly said it expects to be producing oil from the site shortly. DrillOrDrop report

Horse Hill, Surrey. UKOG said in December 2017 that a planning application would be submitted in spring 2018 for oil production at the Horse Hill site. It also said new wells were also planned for the site. DrillOrDrop report

Ince Marshes, Cheshire. IGas is expected to submit a full application for drilling and fracking a shale gas well at its site on the edge of the Ince Marshes. The company has submitted a scoping request to Cheshire West and Chester Council. The Ince Marshes are also the location of the British Geological Survey’s underground laboratory, called UKGEOS. The BGS has yet to submit its application for the project.

PEDL234, West Sussex. UKOG announced on 27 December 2017 it was accelerating plans for drilling in the Broadford Bridge licence, PEDL234. An application for one site was expected to be submitted in mid-spring 2018, the company said. It also planned to find another site in the licence area. DrillOrDrop report

Markwells Wood, West Sussex. UKOG had said it would submitted a revised planning application for its Markwells Wood site in the South Downs National Park (DrillOrDrop report). The application, for a side-track well and testing, had been expected by the end of 2017 but at the time of writing there was no information about it. Markwells Wood is currently not covered by any planning permission and calls for restoration are expected if no new application is submitted.

Woodsetts, south Yorkshire. INEOS’s application for shale gas exploration off Dinnington Road in Woodsetts, is also expected to be decided this year by Rotherham’s planning board. No date has been set for the meeting.

The following public inquiries and hearings are expected during 2018.

DrillOrDrop will be reporting on the following cases:

The independent assessor of the Advertising Standards Authority is reviewing the watchdog’s ruling on complaints about an INEOS newspaper supplement about fracking and shale gas. The ASA upheld one complaint and dismissed two others. DrillOrDrop report

Barclays confirmed in May 2017 that it planned to sell its major stake in Third Energy “at some point”. Since then, there was no public information about a sale.

Third Energy UK Gas Limited, the company behind plans to frack at Kirby Misperton, is again late filing its accounts, which had been due on 30 September 2017. Four other Third Energy companies have also missed the filing deadline.

Three other Third Energy companies: Third Energy Gas Limited, Third Energy Petroleum Limited and Third Energy Oil and Gas Limited have been listed by Companies House as “dissolved on 2 January 2018”. They had each been issued with First Gazette notices for compulsory strike off in October 2017.

Senior members of the government hinted in the final weeks of 2017 about plans to remove fracking decisions from local control. The proposal was in the Conservative Party manifesto but didn’t make it into the Queen’s Speech. DrillOrDrop report