The Scottish Parliament at Holyrood in Edinburgh

Fracking Week in Politics is back with:

Question by Mark Williams Liberal Democrat, Ceredigion
To ask the Secretary of State for Energy and Climate Change, whether local planning authorities can only grant hydraulic fracturing consent for a well after an environment impact assessment directive compliance assessment has taken place.

Reply by Andrea Leadsom, Energy and Climate Change Minister, Conservative, South Northamptonshire
The Infrastructure Act 2015 makes clear that my rt. hon. Friend the Secretary of State will not grant consent for associated hydraulic fracturing unless the environmental impact of the development, which includes the relevant well, has been taken into account by the local planning authority.

We will expect operators to complete an Environmental Impact Assessment in order to fulfil condition 1 in section 50 of the Act.

Questions on communities and local government

Question by Cat Smith Shadow Minister for Women and Equalities, Labour Lancaster and Fleetwood
The Minister will be aware that tourism plays an important role in our coastal communities, so how damaging does he think the potential fracking wells on the Fylde coast would be to our tourism industry in the Blackpool area?

Reply by Mark Francois, Communities and Local Government Minister, Conservative Rayleigh and Wickford
I should hope that fracking would not have an impact on tourism as such, although I understand the sensitivities involved in that issue. We are doing a lot to support tourism in the hon. Lady’s constituency through the coastal communities fund. Wyre Borough Council was given a £1.55 million grant in 2014 to create new attractions along Fleetwood seafront to attract more visitors throughout the year. Lancashire County Council got just under £250,000 in 2015 to unlock the heritage potential of Lancaster’s historic St George’s quay. I believe the fund is doing well around the country, particularly in the hon. Lady’s constituency.

DrillOrDrop live updates from the debate

Official Report of the debate 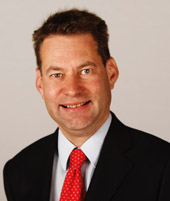 Question by Murdo Fraser Conservative, Mid Scotland and Fife
I remind members that there is a briefing in committee room 2 immediately after First Minister’s question time from Bank of Scotland on the report.

One helpful thing that the report tells us is that a majority of large companies see the opportunity to diversify into shale gas. Sadly, the opportunities—and the jobs that will be created—will be located outside Scotland due to the Government’s moratorium on fracking. The First Minister says that we need to listen to the science on the issue, but she should know what the science is already, because her Government commissioned a report on unconventional oil and gas from an independent expert scientific panel. The report, which was published nearly two years ago in July 2014, concludes:

“The technology exists to allow the safe extraction of such reserves, subject to robust regulation being in place”.

Why is the First Minister not listening to her Government’s own scientists on the matter? Why is she holding back the vital oil and gas industry?

Reply by The First Minister, Nicola Sturgeon, SNP, Glasgow South Side
That is complete nonsense. The moratorium on fracking has been introduced so that we can carefully study all the different aspects before coming to a decision that is guided by and based on evidence, and also takes into account public opinion—the opinion of members of the public who would have to live in areas affected by such technology. That is absolutely the right thing to do.

Interestingly, when it comes to diversification, Murdo Fraser did not quote the report fully, because the companies that talked about the opportunities of diversification also talked about the opportunities of diversification into renewables. I wonder why a Tory member of the Scottish Parliament did not want to mention renewables. It is because—against all the evidence, against the wishes of people the length and breadth of this country, and against some of the investment decisions of our companies—the Tory UK Government is currently destroying our renewables potential by the wrong-headed decisions that it is taking. Perhaps Murdo Fraser would be better advised to get on the phone to his colleagues in the UK Government and ask for support for renewables before he comes to this chamber to talk about fracking.

Liam Kerr, Conservative, North East Scotland
Extract from maiden speech
The one thing that people told me time and again when I chapped their doors during the campaign, whether in Dundee, Montrose, Aberdeen, Banchory, the Broch or Inverurie, was that the voice of the north-east is not being heard. In a debate about a fairer Scotland, I would simply ask this on their behalf: where is the fairness in Aberdeen being the lowest-funded council? The council can no longer keep open two public pools. Furthermore, Aberdeenshire is the third lowest-funded council. Where is the fairness as we suffer a crisis that sees job losses running at tens of thousands? Sir Ian Wood has predicted that, in 2016, 45,000 jobs could be lost. Just yesterday, the chamber said to our highly skilled unemployed in the north-east that there should be no fracking here. Further, the Greens are committed to shutting down the industry altogether.

DrillOrDrop live reports from the debate

Official report of the debate