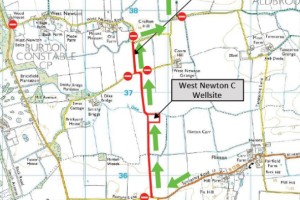 A wide-ranging review of the onshore petroleum licensing system in Northern Ireland is underway, the economy minister, Diane Dodds, said this afternoon.

A management consultant from Brighton has denied aggravated protest at a virtual court hearing following a 12-hour protest on the rig at the Horse Hill oil site in Surrey.