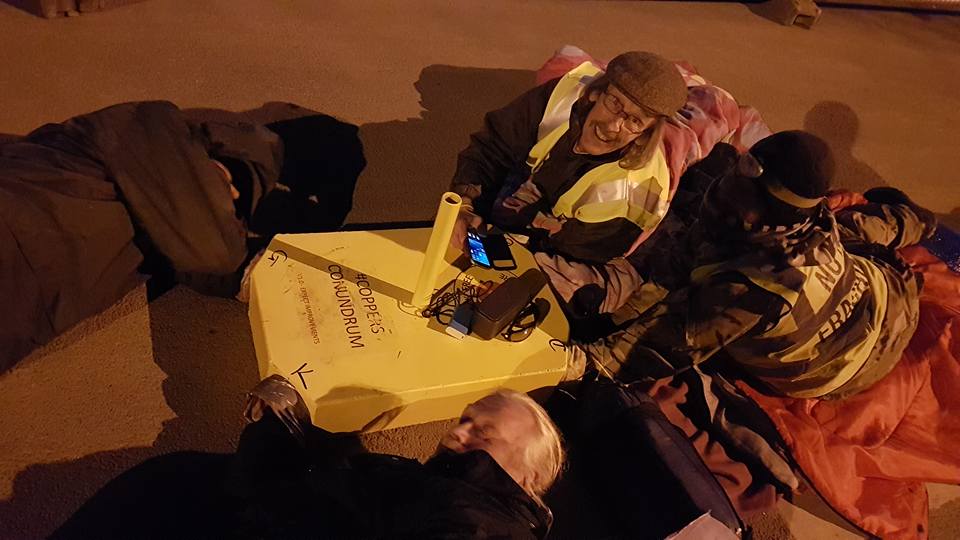 Opponents of Cuadrilla’s operation at Preston New Road took part in a lock-on protest on the access road to the business park. They said material was being stored on site for use at the shale gas site. Photos from live stream video: Kieran Dunne 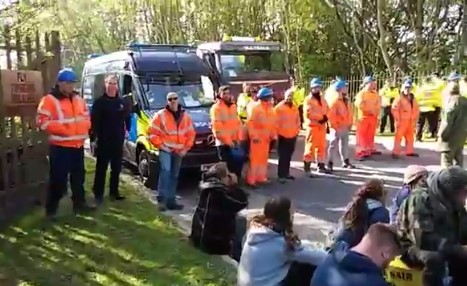 A small group of anti-fracking protesters demonstrated at the entrance to the Westinghouse Springfields site, which manufactures fuel for nuclear reactors. Photos: Ros Wills 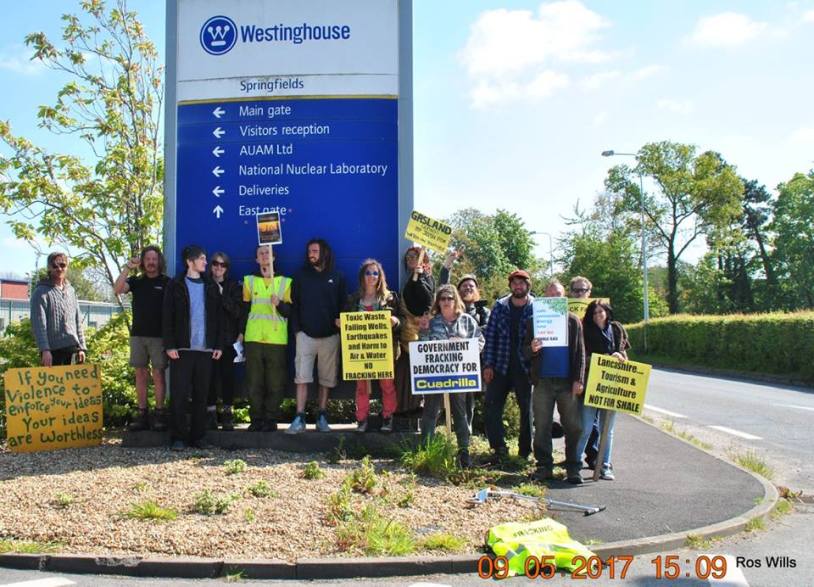 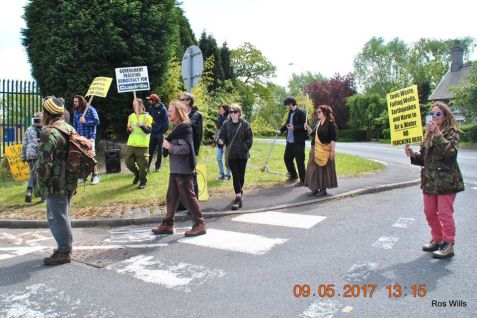 A dozen opponents of Cuadrilla’s operation at Preston New Road took part in a lock-on protest in the entrance of the site at about 4am. 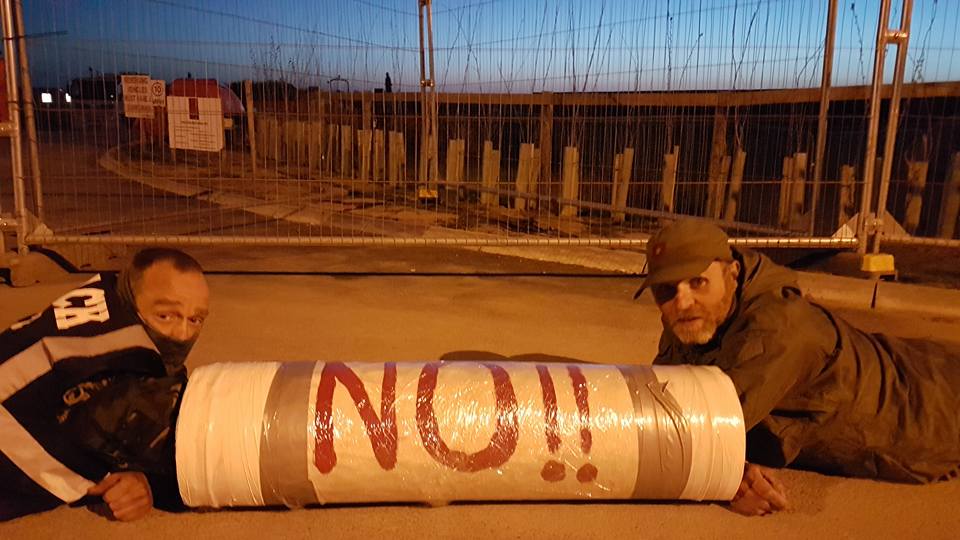 Lancashire Police said at 10.30am it was proposing to block one lane of the road to allow its officers to “deal with the incident in a safe and sterile environment”. Reports from the scene say the whole road is blocked.

Lancashire Police confirmed that 12 people had been arrested and charged under the Trades Union and Labour Relations Act and with obstructing the highway. They will appear in groups at Blackpool Magistrates Court on 24 and 31 July and on 7 August.