In this week’s update:

Opponents of plans by INEOS to carry out seismic surveying and shale gas exploration in the Sherwood Forest area gathered at the Major Oak for a photocall. 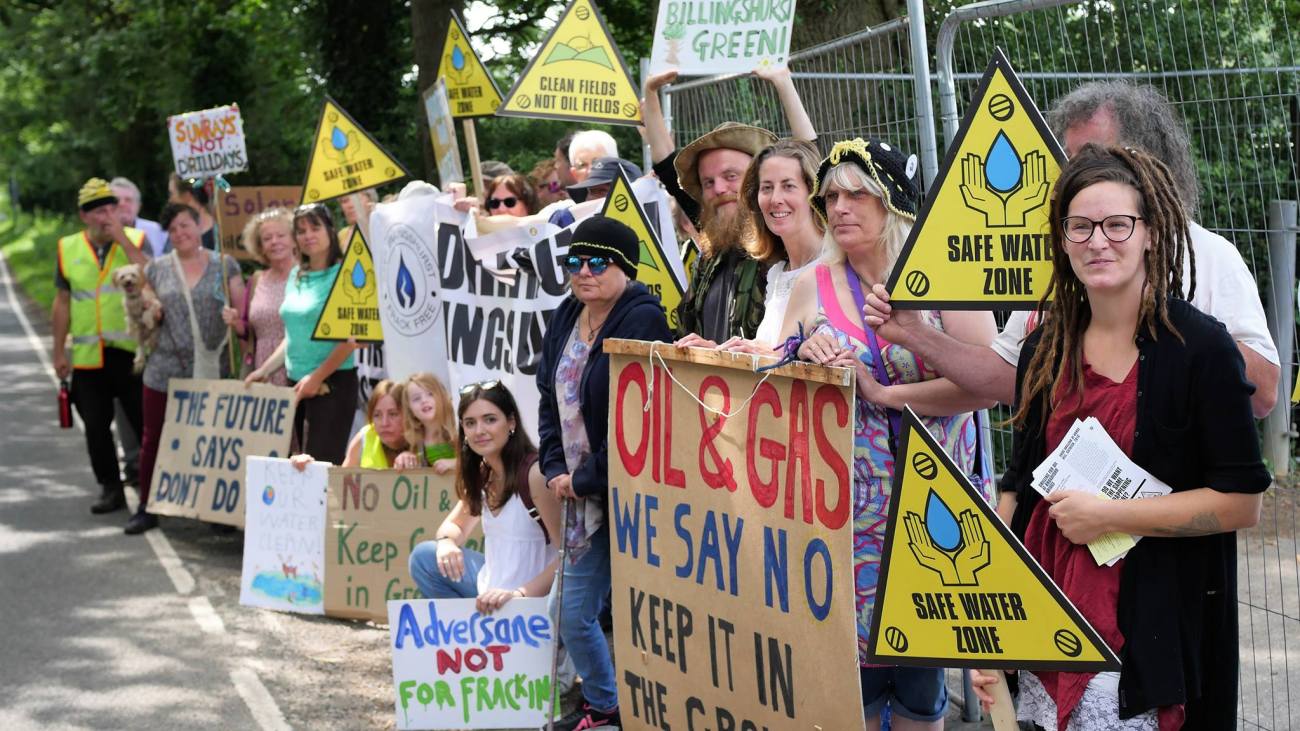 Opponents of operations at UKOG’s Broadford Bridge site gathered at the gate as local media arrived for a press day. DrillOrDrop report

Around 40 members of Friends of the Earth visited Cuadrilla’s Preston New Road shale gas site at Little Plumpton, near Blackpool. 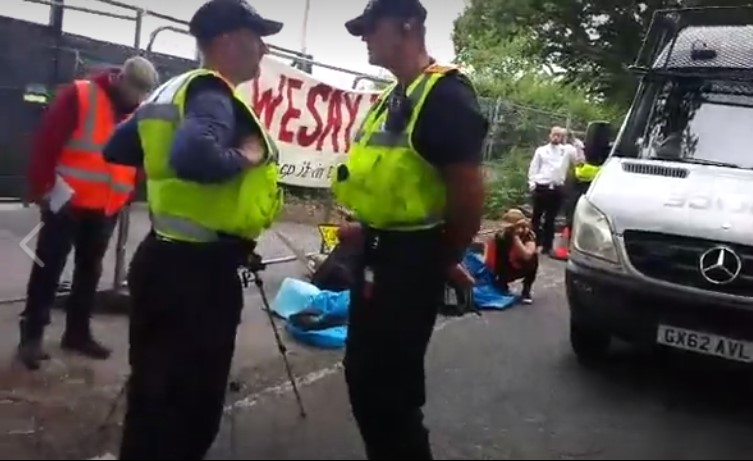 Two opponents of UKOG’s oil exploration site at Broadford Bridge locked themselves together in front of the entrance in Adversane Lane at about 8am. Campaigners have complained that police have not allowed them to carry out slow-walking protests in front of lorries delivering to the site.

Sussex Police said Lara Bloch and Sarah McNichol, both 22 and from Brighton were both arrested and charged with disrupting lawful activity, contrary to Section 241 of the Trade Unions Act. Both have been bailed to appear before Worthing Magistrates’ Court on 11 July.

“We admire and thank the individuals who have given up their time and energy to peacefully protect our environment from the threat of irreversible pollution.

“We need more people to be aware that UKOG is working within a licence granted to a previous company that is not fully fit for the purpose they have on this site.

“We also need to draw attention to their application to the Environment Agency to vary that licence to allow them to use water containing toxic chemicals to stimulate the oil, in the heavily faulted ground underneath, in the next proposed phase of the testing. We want work to stop whilst a thorough environmental impact assessment is done and this application is thoroughly reviewed.”

“We are shocked at the police arresting people slow walking the huge trucks into the site, especially as one of the m was a woman in her 80s. Those locals exercising their democratic rights to peaceful protest were not given fair warning and suddenly arrested. We hope the police will learn from this and allow peaceful protests to continue.”

A spokesperson for UKOG said:

“We support the right to peaceful protest, but this type of anti-social behaviour is an extraordinary waste of precious police resources and is solely aimed at preventing us from going about our lawful business.

“Given recent events in Manchester and London, these people should realise that the police have far more pressing calls on their valuable time and resources.”