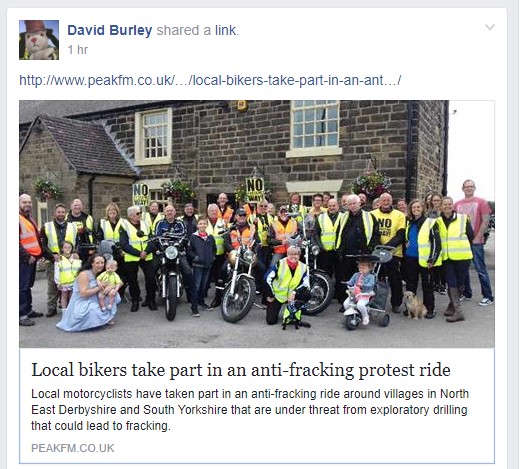 About 30 bikers take part in an anti-fracking ride around villagers, including Marsh Lane and Harthill which have been earmarked for shale gas exploration.

David Kesteven, chair of Eckington Against Fracking told PeakFM at the end of the ride in Marsh Lane:

“We’re not campaigners, we’re ordinary people but we’re battling against a company who wants to take gas from under our homes and we have to stop them. We’re saying ‘No’ to fracking and this ride has helped get the message out around the villages.” 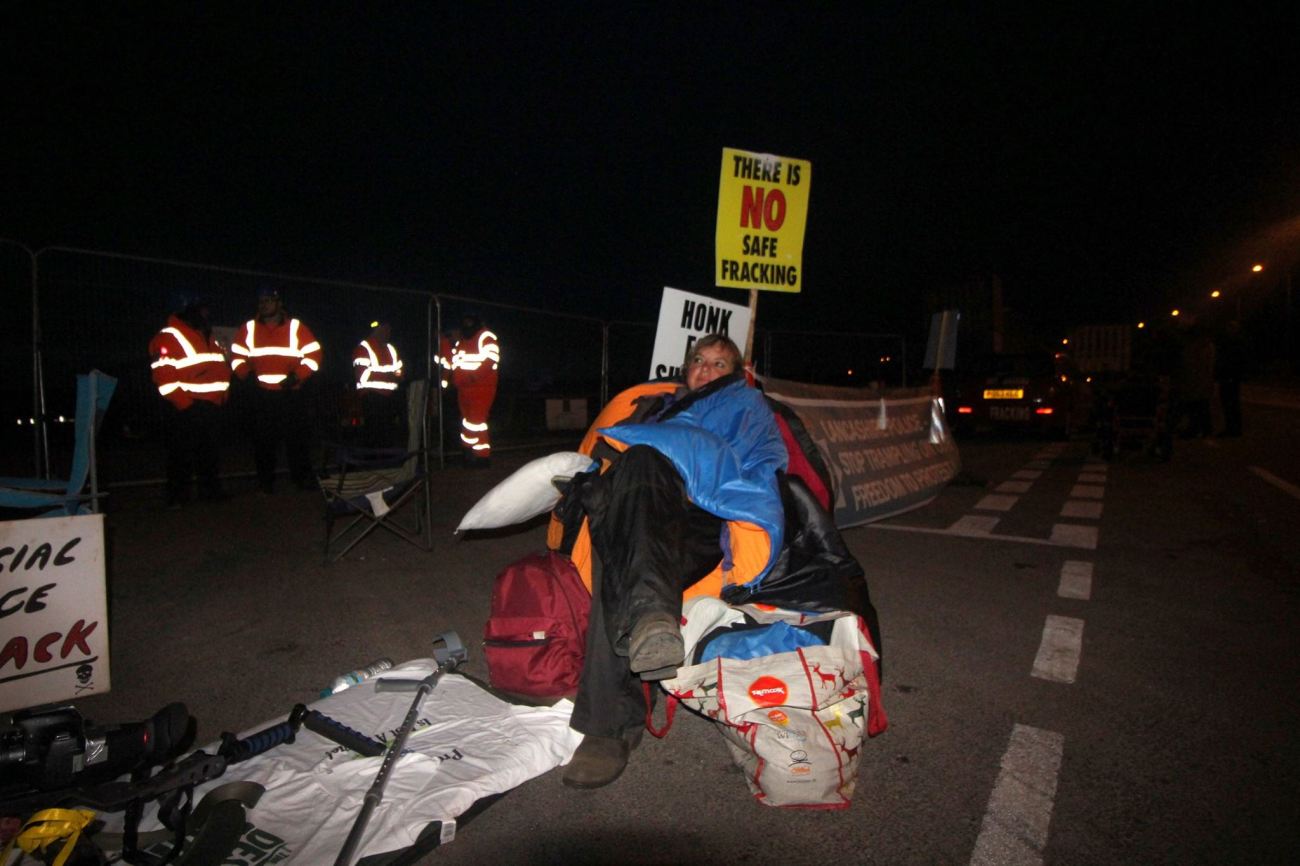 Pictures of constructing the tower by Cheryl Atkinson 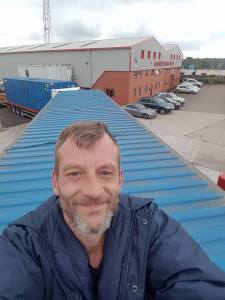 A protester climbed on to a lorry at the head of a convoy leaving the company’s depot, which is expected to supply equipment to Cuadrilla’s shale gas site. Other protesters blocked the site entrance.

Video footage shows a protester apparently being thrown to the ground by a police officer.

Opponents have established a camp on roadside verges near the depot. DrillOrDrop report

A two-person lock-on at UKOG’s Broadford Bridge blocked the entrance this morning.

A spokesperson for Sussex Police said both protesters released themselves after a couple of hours.

One man was arrested for breaching bail conditions and preventing workers going about their business under the Trade Unions Act. 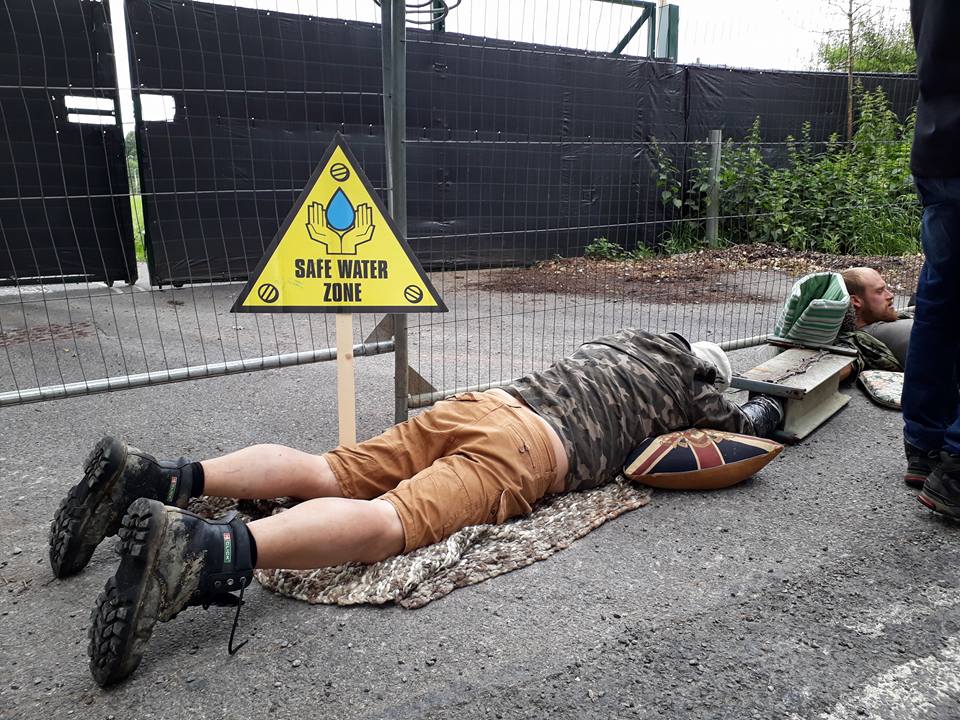 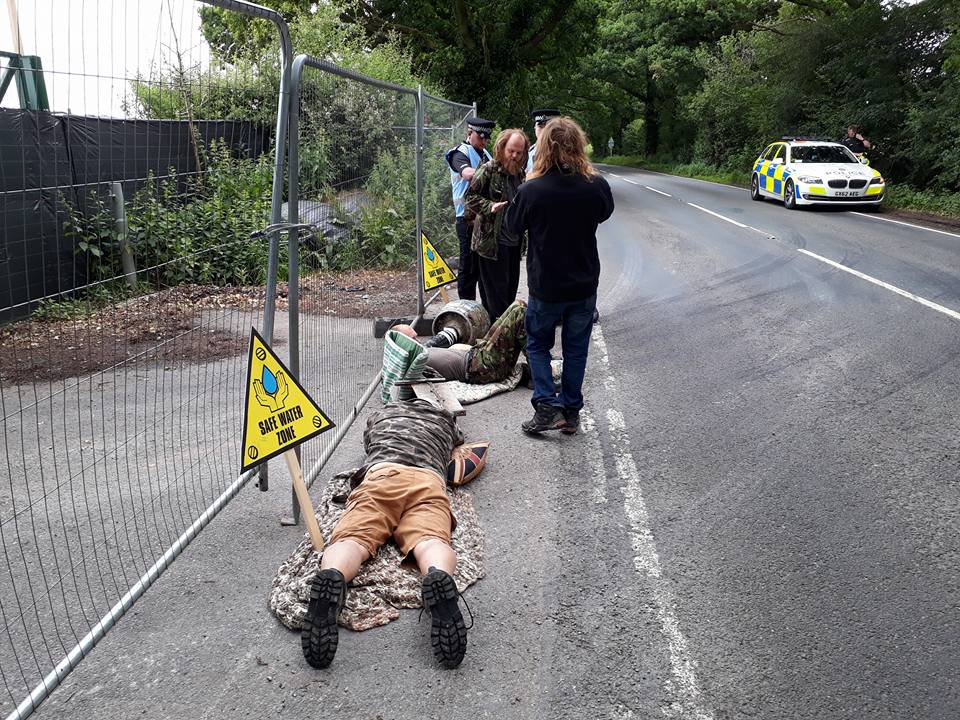 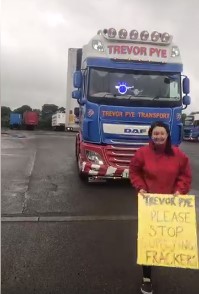 Dot Kelk from Central Lancashire Friends of the Earth said:

“It was fantastic to see so many people at the roadside protest to show their support for local residents opposing the unwanted fracking industry. People don’t want fracking for a variety of reasons, from its impact on the climate and water to taking valuable farmland out of production, and it is great to have the support of local trade unions, students and Councillors. The vast majority of the public want clean renewable energy not dirty fracking.”

“Cuadrilla are being met with opposition and delay every step of the way, from the tens of thousands of objections and planning rejections to creative peaceful action at the site. Our parishes, district and county councils all said no to fracking, and as residents we will continue doing all we can to protect Lancashire’s precious environment and local economy from fracking.” 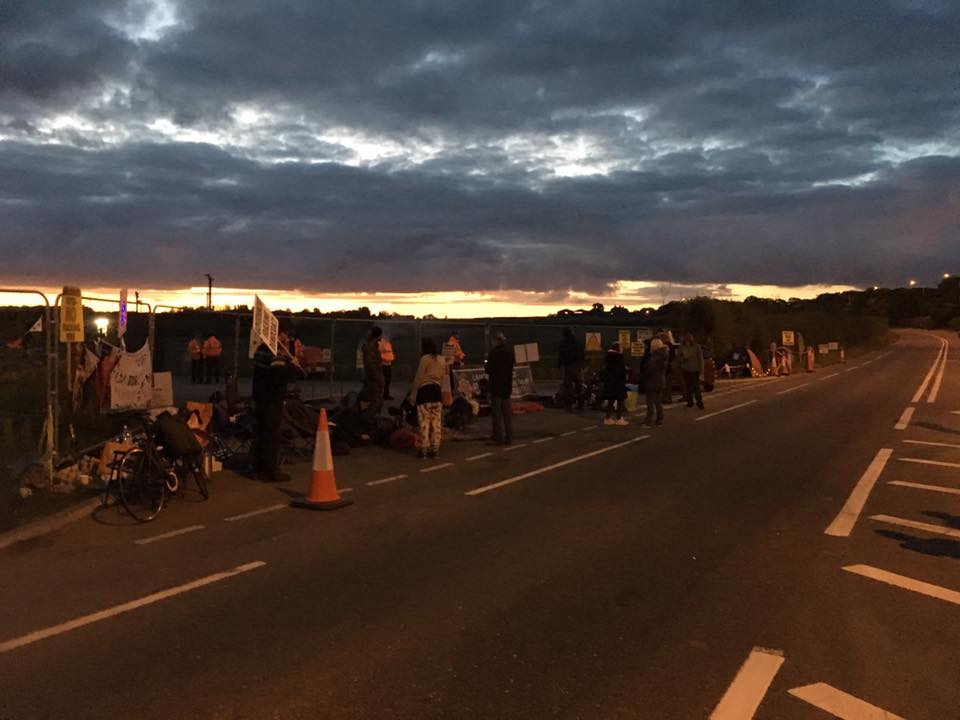 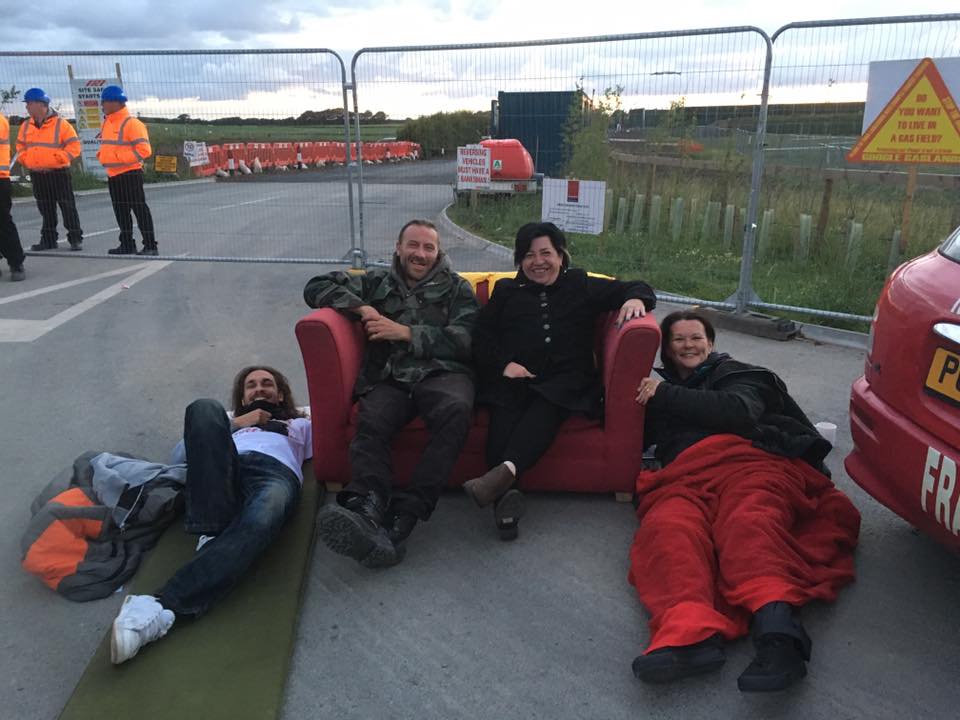 Lancashire Police said the protesters had been released by the afternoon. We’ll update this post with details of any arrests.

Lancashire Police said Darren Dennet, Ashley Robinson, Matthew Cornmell, and Nicholas Sheldrick, all of Blackpool, Jeanette Porter, of Lytham,  Mary-Ann Wall of Skelmersdale and Aaron Bell and Liam Dodson, both of no fixed address, were charged with obstructing the highway and “hiding/depriving/hindering use of tools/clothes/property”. They will appear at Blackpool Magistrates Court  on 14 August.