Bailiffs and specialist removal teams evicted protesters from the camp on land where Europa plans to drill later this year for oil. DrillOrDrop live updates (day 2)

Opponents of drilling gathered to watch the eviction of Leith Hill Protection Camp, on the site of land earmarked by Europa for oil drilling. DrillOrDrop live updates (day 1)

10 campaigners from Greenpeace pleaded not guilty to obstruction of the highway follow a lock-on protest outside Preston New Road on 3 May 2017. (DrillOrDrop protest update).

Greenpeace said the five women and five men, aged 30-60, were from Lancashire, Yorkshire, Merseyside, Norfolk, Berkshire and London. They include parents, a business analyst, costume designer and manager of a women’s refuge.

“We are right behind these dedicated volunteers who acted responsibly to voice their opposition to fracking. When the government granted Cuadrilla permission to frack for gas in Lancashire, they rode roughshod over local democracy, ignoring tens of thousands of objections from local people.

“Fracking will not only impact local environments. to stand a chance of meeting our climate targets, and limiting the worst threats of climate change, fossil fuels like shale gas must stay in the ground. The government should stop prioritising fracked gas, and back cutting-edge renewables instead.” 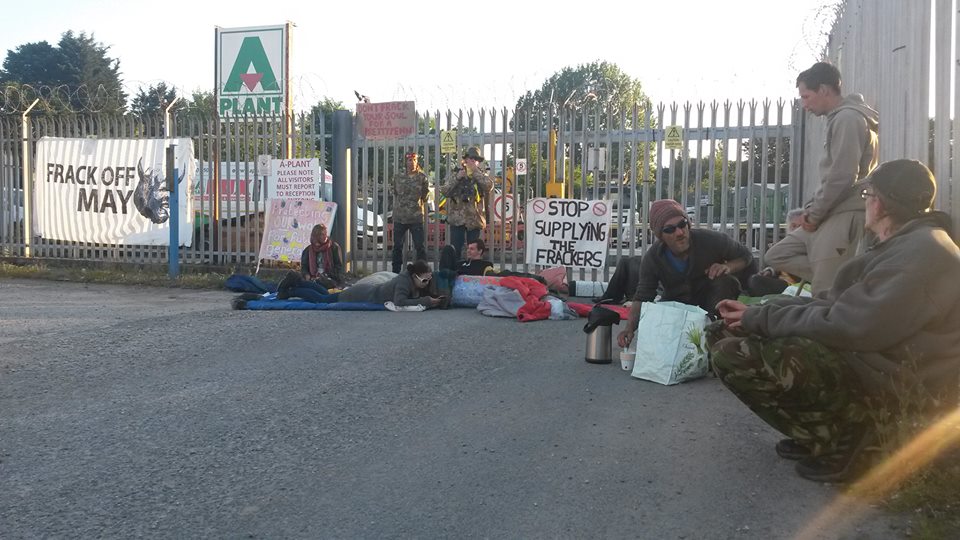 Six opponents of Cuadrilla’s shale gas site at Preston New Road near Blackpool took part in a lock-on protest outside the equipment supplier, A Plant.