Reclaim the Power said more than 150 people attended a public demonstration outside Cuadrilla’s shale gas site at the end of its first week of a month-long Rolling Resistance.

Six campaigners from south west England blockaded the Preston New Road shale gas site. They locked themselves to a car and other heavy objects. They said their action was to raise awareness of the risk of fracking to the Springfields nuclear fuel production plan five miles away. Second half of DrillOrDrop report

Lancashire Police confirm an investigation is underway into a complaint that a security guard at Cuadrilla’s Preston New Road assaulted a protester. DrillOrDrop report

The incident came at the end of a 35-hour lock-on by Michelle Martin, who was part of a larger protest that began on 3 July 2017 (see below)

“You may be aware campaigners had built 2 “towers” at the entrance to the Fracking site on Preston New Road. One of the towers has been demolished and removed by police this evening under offences relating to obstruction of the highway. There is also a clear public safety concern with the towers due to campaigners climbing up and down them and their proximity to passing traffic.”

By about 9pm, the police protester removal team had gone home leaving one of the protesters locked on for the night.

Anti-fracking campaigners maintained a blockade of the Marriott depot, which they believe will supply equipment to Cuadrilla’s shale gas site near Blackpool. Reports said only vehicle left the depot. 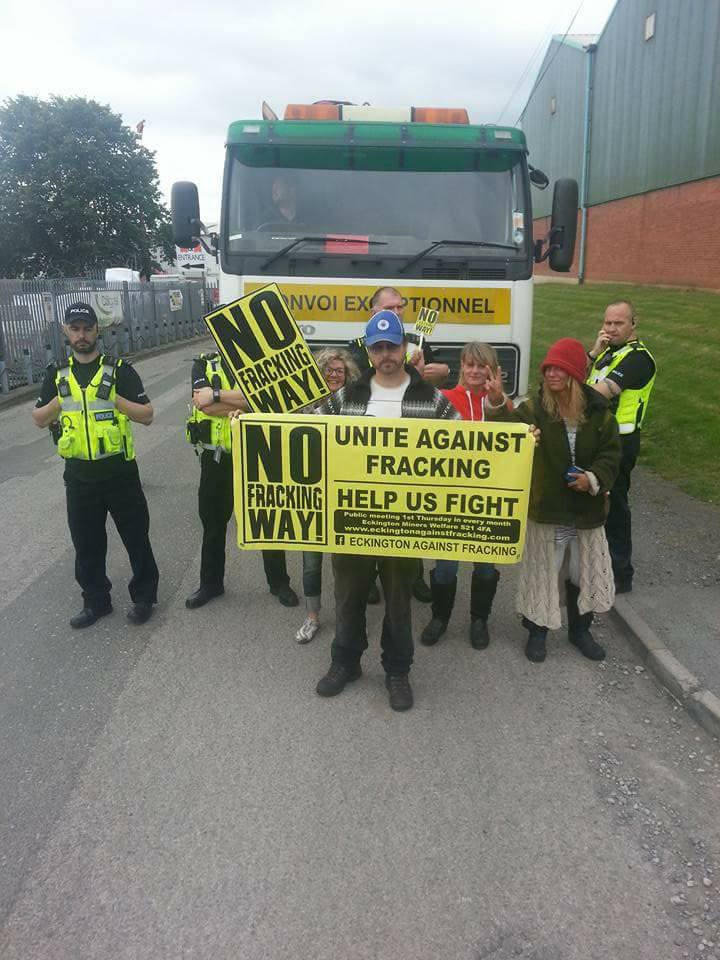 A small demonstration outside the headquarters of North Lincolnshire Council marked the second committee meeting to decide plans by Egdon Resources for oil production at its Wressle site near Scunthorpe.

For the second time, councillors refused permission and this time refused the company’s application for a year’s extension to the existing consent. DrillOrDrop’s live updates from the meeting and breaking news of the decision.